Some Album Suggestions for Finals Week 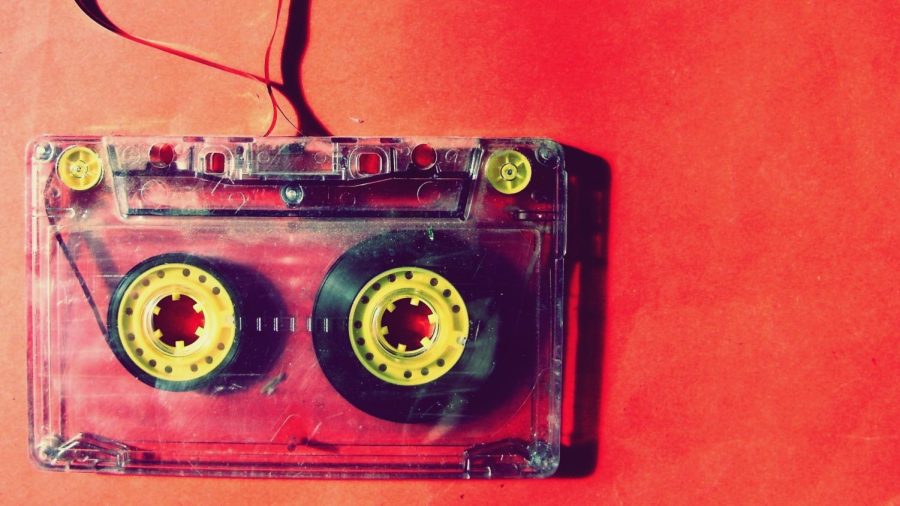 Finals week is always a stressful ordeal for students and faculty alike. For late-night study sessions or getting ready to jump into a final exam, Redhawks use music to power through the stress of the last days of the quarter. Here are some music suggestions to get through finals week.

Deathcore and other subgenres of extreme metal are often misconstrued as, simply, ‘loud music’ without a deeper appreciation for their sonic complexity. Methwitch, a solo project of artist Cameron McBride, offers utterly punishing yet compositionally rich walls of harsh sound to bring some intensity to any last-minute study sessions. Of particular note are the vocals on the album, which are deliciously terror-inducing and bring together the grit of the album nicely.

Loathe: I Let It in and It Took Everything

Loathe is one of the best bands in heavy metal today. Hailing from Liverpool, the English outfit brings a uniquely ethereal quality to their work which makes for a unique metal experience. Unlike some of their more commercial contemporaries, Loathe’s recent work manages to instill a sense of genuine wonder and nostalgia while still delivering the pumping riffs that fans of the genre have come to expect. Students looking for a foray into metal during the last week of the quarter would be well-served by trying out this album.

Knocked Loose: A Tear in the Fabric of Life

Knocked Loose is on the cutting-edge of American hardcore music. A Tear in the Fabric of Life represents the culmination of their sound up to this point. It offers a plunge into a desolate landscape, punctuated by occasional stings which keep the listener on edge. The album begins with audio of a car crash, and it only gets more brutal from there. For those students who need an artist who will keep them from falling asleep while going over their notes, there’s nothing like a little Knocked Loose to knock you loose.

Lingua Ignota’s style is difficult to categorize. She is a multi-instrumentalist with a gift for melding extreme metal with classical, and the result is a transcendent hybrid of influences that cannot be found anywhere else. CALIGULA offers a dense theological exploration of a suffering human mind with lush aesthetic flourishes that would make the album sound at home in a metal venue or a gothic cathedral. For students looking for a beautiful and challenging listening experience, Lingua Ignota is a great choice.

BabyMetal is a Japanese heavy metal band offering an electric mix of metal and pop which coagulate into a sugary mess of a listening experience. As a band from Japan, which draws inspiration from various shades of international metal trends, BabyMetal has a knack for capturing unique renderings of metal riffs with which American fans may be less familiar. Those searching for an energetic mix would be well-served by Metal Galaxy.

In CRASH, Charli XCX invites listeners to start their summer on an upbeat and fun note via her seamless amalgamation of hyper-pop in her fifth studio album. With features from Rina Swayama, Caroline Polacheck and Christine and the Queens, new listeners of XCX might sense some familiarity due to the inclusion of these artists. For students staying in Seattle throughout the summer, they can experience the album live at Capitol Hill Block Party July 22 just outside of Seattle U’s campus.

Traditionally trained in the Flamenco style, Rosalia translates her perfect vocal range into a flawless Latin Urbano Pop album written for anyone looking to strut through the lower mall like they’re walking their very own runway. MOTOMAMI is recommended for anyone looking to turn finals week into a good time. You’ve probably already heard LA FAMA (with The Weeknd) and if you liked that, prepare for the rest of the album to only get better.

Poppy knows how to subvert genre and the expectations of her audience. Initially an internet meme, Poppy moved beyond her viral-video roots to pursue a music career which gradually transitioned from pop to metal. I Disagree offers a strong balance of Poppy’s internet-informed sonic sensibilities and hard metal themes. Students looking for an entrance into more intense music should start with Poppy.

As students move into finals, they will need albums which keep them motivated. In the coming days filled with presentations, exams and papers, we hope the above albums can bring you to the finish-line.