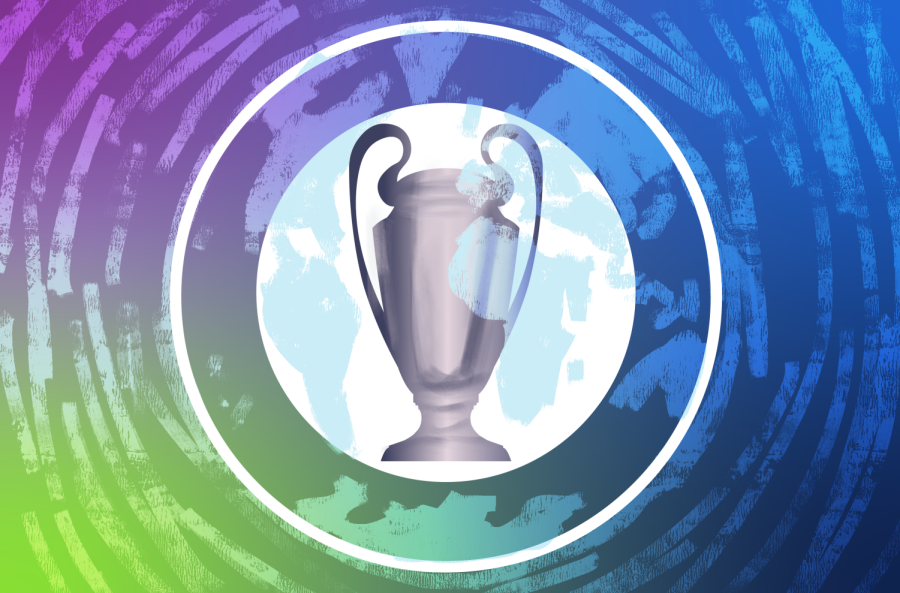 Real Madrid fans erupted in joy as the referee blew the full-time whistle. The score stood at 1-0 after Madrid’s Brazilian forward Vinicius Jr. scored the winning goal 15 minutes into the second half. This victory marked the 14th time Real Madrid has won the Champions League. In addition to winning their 35th La Liga league title this season, Madrid entered the Champions League alongside the best teams in the world to compete for the most coveted trophy in professional club soccer. The final was originally supposed to take place in St. Petersburg, Russia. However, following the Russian invasion of Ukraine, it was moved to Paris’s Stade de France.

“Champions League is the best of the best. It’s the two best teams in the world competing for a trophy at the end of the season,” Jarred Oshiro, a second-year economics major and Liverpool fan, said. “It doesn’t get more important than this. It’s named the Champions League for a reason.”

Their opponent, Liverpool, finished second in the Premier League to Manchester City. However, Liverpool fans were confident that the team’s energy and depth would be enough to secure a win in the Champions League.

“A lot of clubs have so much money in their back pocket. With Liverpool, they’re very aware of how much they spend,” Oshiro said. “Instead of investing in players that cost a lot, they focus on the quality of the player and what the player brings to the team.”

The game was particularly important to Liverpool fans because of the controversy surrounding their previous matchup. In 2018, Liverpool made it to the Champions League final against Madrid only to lose 3-1. The point of contention  surrounding the 2018 final came when then Madrid defender Sergio Ramos committed a hard challenge on Liverpool’s star forward Mohamed Salah. The incident ended with Salah experiencing ligament damage in his shoulder and being unable to play the rest of the game. Many spectators felt that the move had been an intentional play to injure arguably Liverpool’s best player. While Ramos no longer plays for Madrid, Salah was back on the Champions League field four years later seeking vengeance.

“Mo Salah got hurt in the beginning of the game [in 2018],” Zee Alabe, a first-year communications major and Liverpool fan, said. “This is him getting his revenge.”

In the weeks leading up to the game, there was some uncertainty surrounding whether Liverpool midfielders Thiago Alcántara and Fabinho would be healthy enough to start in the final. This caused many Liverpool fans to worry that without them, the team would struggle to beat the Madrid midfield powerhouse composed of Luka Modric, Toni Kroos and Casemiro.

“Real Madrid has three of the greatest midfielders to play the modern game. That midfield trio has been together for the past eight years. They’ve been a complete unit,” Oshiro said. “It’s a different quality that Fabinho and Thiago bring to the team.”

Even with Thiago and Fabinho starting, Liverpool still fell short of the title.

Joe Gormley, a second-year clinical psychology major and Madrid fan, had no doubt that his team would win.

“Madrid’s got way more experience being in this situation. They had a harder road to the final, which plays a really important part,” Gormley said. “Liverpool’s road to the final wasn’t as difficult.”

Before the game, Camila Cabello performed a mashup of her hit songs for the waiting crowd. Her performance was drowned out by fans on both sides chanting their team’s anthems. Cabello took to Twitter afterwards to call out the crowd’s behavior as rude and explain that her team had worked hard to put together a show.

The kickoff for the game was delayed because of security issues in the lines of Liverpool fans waiting to enter the stadium. Fans created bottlenecks and law enforcement personnel escalated by throwing at least two canisters of tear gas into the crowd waiting to enter the Parc des Princes. It is unclear how the situation escalated to this point, but after the game, Liverpool issued a statement requesting a formal investigation into the cause of the incident.

Despite the chaos outside of the stadium, Madrid managed to keep their opponents at bay for long enough to take home the title. At the end of the night, Madrid goalkeeper, Thibaut Courtois, was named Man of the Match for his performance. Courtois faced 24 shots, saving nine. This was the most stops from a goalkeeper in a Champions League final since at least 2004 when Opta Analytical first began recording Champions League data. Courtois surpassed Liverpool’s Alisson and Edwin van der Sar who had previously been tied at eight saves each.

Earlier this season, Madrid fans waited in anticipation as the club attempted to lure French striker Kylian Mbappé to their team by offering him a contract that would have made him the highest-paid player in history. However, Mbappé rejected the offer, May 21, opting to stay in Paris and play for Paris St.-Germain, which was able to offer him better terms, including a €150 million signing bonus.

“Fútbol is a game of business and money. I can’t blame him for the decision he made,” Gormley said. “It’s not like Madrid has a hole that needs to be filled with Mbappé. He’s just an addition.”