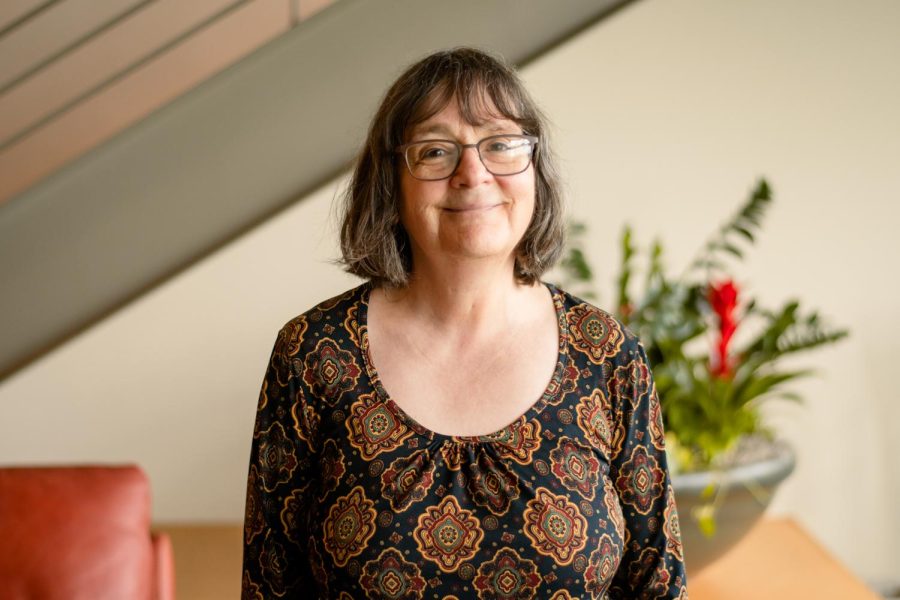 As the 2021-2022 academic year comes to an end at Seattle University, it’s time to celebrate both undergraduate and graduate’s commencement as well as the careers of many long-time faculty and staff members who will be retiring.

As the university community readies to honor all those who are finishing their careers, they reflect on their accomplishments. As they look back on their careers, a common gratitude is the opportunity to be a part of the community, work alongside close colleagues and connect with students in the classroom.

Dean of the College of Science and Engineering Michael Quinn has been a part of the Seattle U community for 15 years. He shared that seeing the growth of the program stands out for him.

“What I’m most proud of is the amazing faculty and staff that have come to the college in the last 15 years,” Quinn said. “[We’ve] grown from 70 to 100, along with the number of students in the college. The [faculty] is hard-working, dedicated to student success—and that’s where I’m really proud of them is seeing them come in, grow in their jobs, get better at it and develop their professions.”

Quinn remarked that opening the Jim and Janet Sinegal Center is a memorable bookend for his career as dean, having been involved with the project from its designing to its fundraising and construction.

“When we cut the ribbon on the Sinegal Center, that was a very special time to officially open that building and recognize the people who made big gifts to make it possible,” Quinn said. “I am happy to see how the students have embraced the space and are using it not just for class and lecture, but for studying as well. I am also glad to see all majors using the space as well—it was designed to be a welcoming space for everyone.”

Faculty and staff, who have worked at Seattle U for 20 years or more are honored by the university with the rank of Emerita/Emeritus following their retirement.

Sarah Bee, a senior instructor and director of the risk advisory and assurance program in the accounting department of the Albers School of Business and Economics, has worked at Seattle U for 25 years. Over that time, she has served several roles, including the faculty athletics representative, faculty advisor for Beta Alpha Psi and a leading member in creating the nonprofit Africa Startup.

“Being here for 25 years has made me a better person,” Bee said. “The idea of social justice, taking care of the marginalized—it just really resonated with me and opened my eyes to all the opportunities we have to serve others. I was lucky enough to get the advantage of a college education, so I think it’s important because I got that opportunity to share it with others.”

Bee emphasized that the ongoing relationships she has made with students is something that is very meaningful to her. She will forever treasure watching students grow and transform through her accounting information systems class where individuals worked with professionals from St. Vincent de Paul to evaluate the processes and financials of people in the broader Seattle community.

“Students would attend conferences and be treated as professional accountants and it was also something they really enjoyed,” Bee said. “It was an opportunity to use the education they have and go out and help people. I really enjoyed my time with my students and I hope that they have recognized how important they are to me and how much I want them to succeed.”

Janet Ainsworth, the John D. Eshelman Professor of Law, was at the University of Puget Sound teaching when it was purchased in 1994 by Seattle U to be incorporated as its law school. Teaching wasn’t something that she originally planned as it was a job she expected to do for a year due to a sabbatical. She mentioned that teaching spoke to her throughout her 34-year career.

“There were a lot of ways that teaching spoke to the parts of me that worried that sometimes law isn’t used to make society better and teaching was a way of sensitizing people to what those dangers were,” Ainsworth said. “I’ve taught 11 courses during my time here, including three first-year courses, which are the most challenging and fun … it’s educating and sensitizing students to just how many different kind of lawyers there are and helping them find the ones that are the best match for what the want to do, their hopes and their dreams.”

As Ainsworth ends her time at Seattle U, she gives one final message to students—a lesson that she herself has lived out in her career.

“People’s careers move like the knight in chess than the bishop—it doesn’t just go in one direction,”Ainsworth said. “I always tell my students that it’s important to have a five-year plan, but as Yogi Berra once said, ‘When you come to a fork in the road, take it,’ even if it’s an opportunity that you weren’t expecting. See what happens—you never want to regret and think ‘I wish I’d done that.’”

To all the retiring faculty and staff at Seattle U, the campus community thanks them for their roles in shaping this university into what it is today.