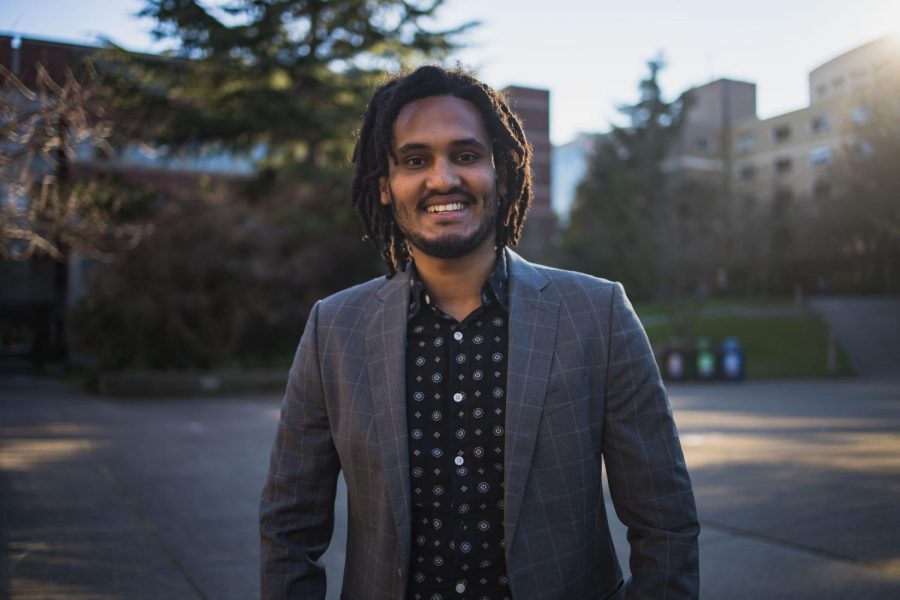 The Catholic Church has been in a process of reform and self-discovery for roughly 2,000 years. Synods, conversations between laypeople, clergy, the hierarchy and those outside the Roman Catholic tradition, are one way the Church engages in renewal.

When Pope Francis called for a Synod on Synodality in October 2021, he emphasized that the Church, rather than simply following their priest or bishop, is called to “journey together.” This spirit has ignited both conservative criticism and hopes for significant change. Currently, dioceses around the world are tasked with consulting members of their communities to discuss how the Church can accompany all peoples, including non-Catholics.

Afrikaan Sahra, a fourth-year computer science student, was one of two Seattle University students to participate in the synodal process. Sahra’s spiritual background is shaped by his experience growing up in a multicultural environment.

“I grew up in a refugee camp in Kenya where there were probably over 30 nationalities and it was a very small place—probably the size of Capitol Hill with over 270,000 people,” Sahra said.

Through his exposure to a dense array of religious traditions, Sahra gained an understanding of several of the most prevalent global spiritual frameworks.

“My mother is from Somalia, and we identify as Somali. Somalia is predominantly Muslim and I grew up in a Muslim household,” Sahra said.

His religious practices at home differed from those he encountered at school, and he learned how to interact with more than one religious outlook throughout the day.

“I was three months old when I came to the refugee camp, so I grew up there. When I got to school age, I went to a British system school—Kenya was colonized by the British—and in school, we learned a subject called CRE, Christian religious education. This was one of the subjects that we took among English, math, science, history and so on,” Sahra said.

Sahra’s choice of attending Seattle U and eventual participation in the Synodal Way brought him back to an encounter with Christianity in an institutional context. He actively learned about dialog between religious traditions throughout his upbringing. The refugee camp where Sahra lived did not have a library, but there was a community center with a table and a pile of books, one of which was about world religions. Sahra was fascinated and continued to explore various religions when he received a cell phone with internet access in 2012.

“It had a tiny screen and some buttons, but the magic thing was you could access YouTube, and I started listening to debates about religion between Islam, Christianity and Judaism. I was particularly fascinated by channels from Britain,” Sahra said.

Watching secular figures like Ayaan Hirsi Ali and Nawal El Saadawi allowed Sahra to question his own religious ideas and pushed him to continue exploring interfaith debate and dialog. Sahra immigrated to Seattle in July of 2016. By the time he enrolled in college, he identified as agnostic and was initially wary of attending another Christian school. He was excited to find that his UCOR religion classes were engaging and offered ways of religious thinking he hadn’t previously experienced, including liberation theology.

“I was fascinated because I wanted to understand the connection between religion and advocacy for the poor and people who are called others,” Sahra said.

A synodal event of the Catholic Church about immigration was an opportune place for Sahra to explore the intersections between religious belief and action. He noted that Pope Francis has committed to creating a more sustainable and just future for young people, including advocacy for refugee and migrant populations who are displaced by contemporary nations and economies.

“He wants to engage with young people—that gives me a lot of hope because my entire life growing up as a refugee and until now, because of my multiple identities, I’m often not included. Because I don’t have a passport, for example, I can’t vote or participate in the civic process. So this was a way for me to participate and engage, but also it felt like a community because everybody there cared about immigrants and refugees,” Sahra said.

Sahra argued that such events offer young advocates not only ways to speak to older leaders, but to bring about positive change to empower displaced peoples. He noted that the event gave him a greater appreciation for the Catholic tradition, while recognizing that the Church still needs to do more work to accompany the poor and groups historically marginalized by the Church such as indigenous peoples.

“The whole process of being in a space with people versus earlier when I just read about Catholicism—a lot of positive changes happened in how I perceive Catholicism. I felt like Catholicism and the people who were there were much more connected spiritually and even to humanity,” Sahra observed.

Sahra is taking the activist spirit of the event into his own work. He is working to involve Seattle U in efforts to bring more immigrants and refugees into the tech sector. His aspirations for empowering displaced peoples reflects one of the major goals of the Francis pontificate, the spirit of the synodal way and the ambitions of the advocates who attended the event.