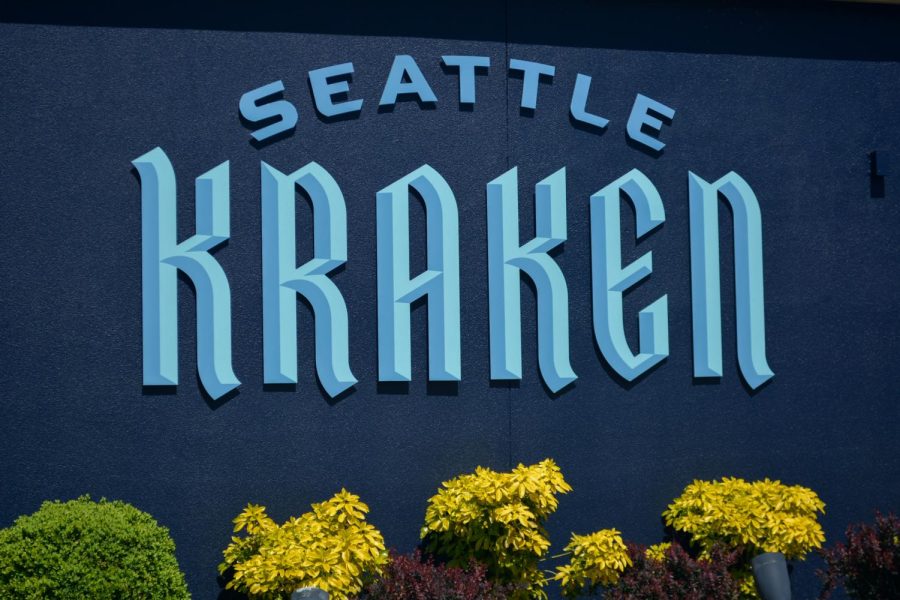 The next chapter of Seattle Hockey is upon us.

The newly established Seattle Kraken are the spiritual successor to the Seattle Metropolitans, a hockey team formed in 1915 by Frank and Lester Patrick. They immediately signed a stable of talented players and began competing. They made the playoffs seven times over nine years and won the Stanley Cup in 1917. However, in 1924, their home arena was sold and Seattleites lost their home team for almost a century.

The lack of a Seattle NHL team hasn’t caused the city to lose any interest. Alex Cruz, a Kraken fan and first-year business student at Seattle University, has been a hockey fan for nearly as long as he’s been alive.

“My dad would take me to [San Jose] Sharks games all the time when I was a kid,” Cruz said. “There’s a picture of me from when I was one year old at a game—before tickets cost an arm and a leg.”

Cruz is not alone. Many Seattleites have a passion for hockey but suffered for years from a lack of a local team to throw support behind.

The Kraken have changed all of that. Climate Pledge Arena has been transformed into a bastion of support for a team that has brought new life into the city. Ashton Blackwell, a second-year business student, is a lifelong hockey fan who works at the Kraken Community Iceplex and coaches youth hockey.

“Climate Pledge is an arena unlike any other,” Blackwell said. “It’s a Seattle sports arena thick and through. The Kraken may not have been the best of teams, but you wouldn’t know it walking in.”

It is true that the Kraken performed below expectations during their inaugural season. They battled through offensive struggles (due partially to a season-ending injury to phenom forward Brandon Tanev) to a 29-47-6 record—the third-worst in the NHL. Despite that, in their first year they had the 14th highest attendance in the league as fans swarmed to Climate Pledge Arena to support their new team. Sales of jerseys and other merchandise broke several NHL records. Stars such as goaltender Philipp Grubauer and forward Jordan Eberle drew fans to the rink with big performances on the ice.

Cruz attended a Kraken game in the middle of the season and thoroughly enjoyed his experience.

“Being able to go to a game was a lot of fun,” Cruz said. “They had plenty of effects, and the energy in the crowd was super high.”

Todd Humphrey, the senior vice president of digital and fan experience for the Kraken, is responsible for creating the environment that fans like Cruz enjoy.

Humphrey’s efforts are clearly paying off. The surge of interest in hockey from the city of Seattle has extended beyond a desire to attend NHL games. The Kraken Community Iceplex has already become one of the busiest places in Northgate. Blackwell sees it firsthand, interacting with new hockey fans every day at the rink.

“One of the things I’ve loved most is the overall feeling of having a pro team in the city,” Blackwell said. “I love seeing the way Seattle has been reacting to a sport that I’ve played my entire life. Everyone wants to get involved and wants to be a part of this.”

Blackwell estimated that thousands of new skaters have come through the Kraken Community Iceplex’s Learn to Skate and Learn to Play youth programs. The iceplex is also home to juvenile and adult hockey leagues, open skate times and numerous private events.

Despite the success of the Kraken’s inaugural season, Humphrey and his team will continue to improve the fan experience moving forward.

The Kraken may have performed below expectations this season, but their impact off the ice may matter even more. For many in the Emerald City, the Seattle Kraken may be the gateway to a lifelong passion. That’s worth more than a couple of extra wins.