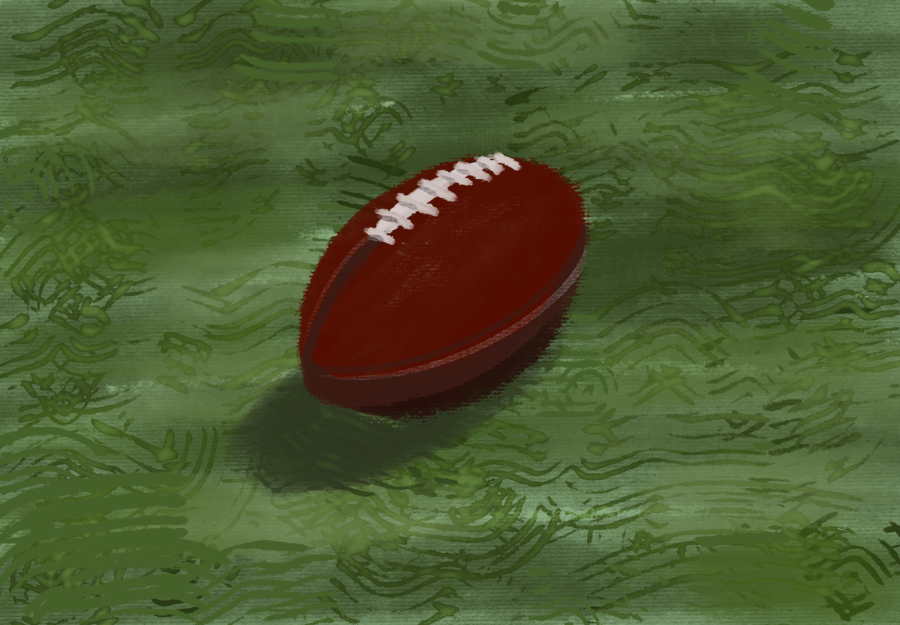 Despite the NFL season not starting until September, the NFL draft is a great chance for teams to improve their roster weaknesses to further their quest for the Super Bowl.

The Seattle Seahawks had an immense amount of work to do in the draft after losing franchise cornerstones this year in future NFL Hall of Fame quarterback Russell Wilson (traded to the Denver Broncos) and legendary middle linebacker Bobby Wagner (signed with the Los Angeles Rams).

With their first-round selection in the 2022 draft, the Seahawks drafted offensive lineman Charles Cross with the ninth overall pick. Cross, a left tackle, addresses a weakness and need the Seahawks have had for numerous years.

While this was a safe pick, Cross has a few weaknesses, being that he’s a little small for a tackle and he had trouble with power rushers in college.

“I am really happy with the offensive lineman pick,” Torres said. “For years, Seattle has struggled with pass protection, and to see them finally take initiative in knowing we need to protect our quarterback, is very exciting.”

In round two, the Seahawks surprisingly selected running back Kenneth Walker. Running back, however, is not an important position in comparison to other positions due to those players being easily replaceable and prone to injuries.

Kevin Ruiz, a first-year communications major and fan of the Seahawks since 2012, loved the Dixon pick.

“Picking up a running-back in the second round was a risky move in my opinion, but Kenneth Walker is probably the best running back in this draft,” Ruiz said. “We currently have uncertainties with our current running backs, so picking a reliable rookie running back was something the Seahawks were going to do anyway. I’m glad we got a touchdown machine-like Kenneth.”

Later in round three, Seattle drafted another offensive lineman in Abraham Lucas, furthering their goal to improve the team in the trenches. Lucas is projected to start at right tackle for the Seahawks due to his pass blocking ability and tremendous potential.

In round four, the Seahawks addressed their weak cornerback position by drafting Coby Bryant Former Seahawks all-pro cornerback Richard Sherman even shouted out this pick on his podcast, calling it a huge steal.

The Seahawks drafted Tariq Woolen, another cornerback, in round five. With cornerback DJ Reed signing with the Jets this offseason, the Seahawks successfully improved their lacking secondary situation.

Ruiz is optimistic about the newly acquired players via the draft, especially the mid-round selections.

“Coby Bryant and Tariq Woolen are both the perfect type of cornerbacks for our system,” Ruiz said. “We have always developed cornerbacks well going back to Legion of boom up, so I’m excited to see what those two can do under Pete Caroll. We have a great history of drafting and developing defensive players and I’m sure they will excel in our system.”

The Seahawks clearly had a goal of optimizing and revitalizing their offensive and defensive lines, which is where a lot of football games are won. They also picked edge rusher Boye Mafe with the 40th pick of the second round to help their defensive line sack the quarterback more this year.

“With what the Seahawks got this season, I think the draft was a pretty good success for them. I think trying to get more defensive players was smart for them since they are kind of out of luck without a superstar quarterback,” Dizon said.

Since the Seahawks didn’t draft a quarterback to replace Wilson, the starting quarterback spot will now be a competition between journeyman Geno Smith and the young Drew Lock, whom they received from the Wilson trade with the Denver Broncos.

Head coach Pete Carroll mentioned after the draft that the organization was not particularly fond of the quarterbacks in this draft and that he didn’t see them making a trade for or signing a veteran quarterback before the 2022 season.

“Obviously with the loss of Russell Wilson, we went into the draft knowing we didn’t really have a firm QB1, and as a fan, we were assuming a QB was going to be taken,” Torres said. Nonetheless, overall I was pretty happy with the other additions we had acquired and I would give the Seahawks a B+ grade.”

Unfortunately for Seahawks fans, this team is simply not ready to compete and contend for a Super Bowl. Wilson and Wagner were two integral pieces of the team. With them gone, the current roster simply has too many flaws and weak spots.

One area where they remain strong is the receiver position, with DK Metcalf and Tyler Lockett running the show. They even drafted two high upside receivers in Bo Melton and Dareke Young to improve their receiver core.

“I’d give the Seahawks draft a B. I definitely think they should’ve gotten a quarterback because the QB is the playmaker of the game and knowing how the Seahawks are, they are in need of that leader,” Dizon said.

In a loaded NFC division that features the 49ers and the reigning Super Bowl champs in the Rams, the Seahawks will have a tough time making the playoffs this year.