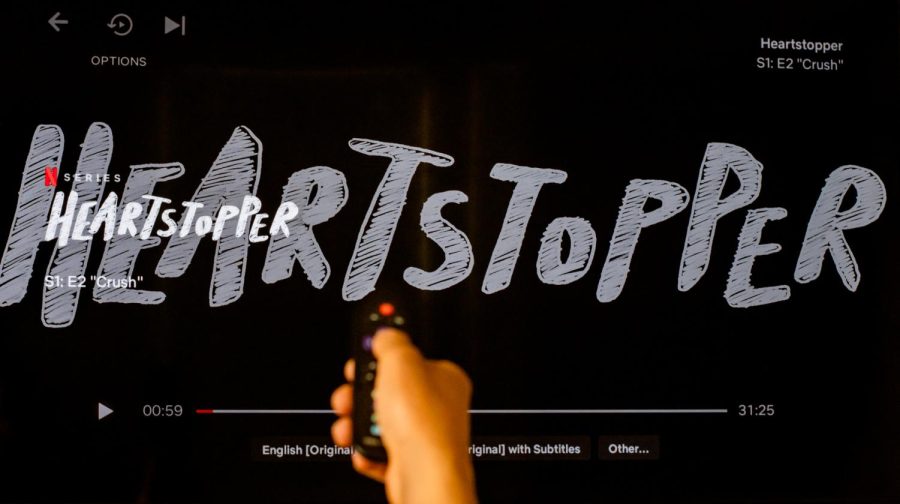 Warning: This article contains spoilers on the plot and storylines of “Heartstopper.”

Never before in television has the word “Hi” sounded more charming, endearing and enchanting than it does in Netflix’s new teenage coming-of-age series, “Heartstopper.”

Based on Alice Oseman’s webcomics turned graphic novel series, the eight-episode first season follows a predominantly LGBTQ+ ensemble as they navigate high school, friendships and young love. The show’s protagonist Charlie (Joe Locke)’s crush on Nick (Kit Connor) starts off a new love story and all the teenage repercussions and nuances that come with it.

At its core, “Heartstopper” is about identity beyond the surface and queer joy. The show eloquently touches on commonly difficult conversations, depicting positive LGBTQ+ representation that many other popularly streamed shows and movies like “Sex Education,” “Euphoria” or “Call Me by Your Name” failed to portray.

Seattle University First-year Criminal Justice and Biology double major Nicole Teola applauded the show for diverging from the historical narrative that LGBTQ+ stories end in heartbreak. She sees the show as an affirmation for queer people.

“It’s incredibly important to see a show like this, because the media models your worldview and how you see yourself,” N. Teola said. “The [past narrative] can be really sad and when you see a show like this that’s really positive and queer and happy, it shows that there’s possibilities for you.”

The show, which is in Netflix’s Top 10 most watched shows in 54 countries, has inspired fans to come out through its scenes and messages. First-year Education major Caitlin Tips believes that the series is accessible for all ages and is a catalyst to help initiate conversations amongst families.

“It has amazing representation, writing and soundtrack,” Tips said. “One of the characters comes out to his family and I think it is a great example to show how to come out. An LGBTQ+ individual could watch this with their family to help them understand if there’s a lack of understanding.”

What’s remarkable about the series and a part of why it’s so critically acclaimed is the depth of representation from it’s various “Coming Out” experiences, racial diversity and portrayal of bisexual and transgender characters.

Other moments that reverse stereotypical expectations include Elle (Yasmin Finney) nearly getting expelled from the all-boys school, not because she’s trans, but because her hair is too long. When it’s clear that William Gao’s Tao, the “token straight friend,” begins to develop a crush on Elle, there’s no discussion on whether he’s no longer straight—it’s regarded as any other relationship, normalizing a dynamic  highly debated off screen.

It’s the smaller subtitles, too—even explicitly saying the word “lesbian” and with a postive context has been something new for students on screen. Seattle U students found these moments incredibly important and refreshing, especially in the context of various anti-LGBTQ+ movements such as the Don’t Say Gay bills and continued attacks on trans rights.

Noting the show’s nuanced portrayals of LGBTQ+ teens, First-year Pre-major Raymond Carr expressed that there were particular parts of Nick and Charlie’s stories that resonated with him.

“I identify with Charlie’s comfort in his sexuality and how in high school you sometimes have to maneuver with others,” Carr said. “It’s nice to help [someone] come to terms, but it’s hard when you’re comfortable and they want to keep it a secret. Since I identify as bisexual, seeing Nick as a comfortable bisexual man was so sweet because you don’t see a lot of that.”

Third-year International Studies and Public Affairs double major Mikey Redding shared that having a show that understands being queer isn’t all about trauma is impactful, especially in the format of a teen series. He explained why the series brings up mixed emotions for him and why it serves as hope for the future.

“The show brings joy, but it also brings a melancholy or mourning of your past because I didn’t see this or experience a first love that I was dating at 14,” Redding said. “So many other people won’t experience that because of things like the Don’t Say Gay bill and it’s really sad. This show is a hope that people will get to experience that at 14—these kinds of connections and relationships that straight people do get to have.”

First-year Civil Engineering major Kiana LaBella, a long-time fan of the comics, saw the show’s success as a product of the original fan base. She was happy to see that “Heartstopper” stays true to its source material, from casting to the inclusion of small graphic designs lifted from the series. What stands out to her is a character that wasn’t in the original comics—Isaac (Tobie Donovan), one of Charlie’s closest friends and who Oseman has revealed is aromantic and asexual (aro-ace).

“I immediately fell in love with Isaac—he’s a fun character and just reads books the whole time,” LaBella said. “I remember reading Isaac is aro-ace like [Oseman] and I am, too. I’ve never seen an aro-ace character in media ever and I think it’s really important to see—it’s not stated in the series yet, but I think it may be brought up in season two.”

While students have reveled in the unabashed joy of the series—which at times extends into rom-com fantasy—it’s charm lies in authentic and relatable portrayals of teenagers. The atmosphere of “Heartstopper” has also been applauded, whether that be the show’s soundtrack, which is led by Baby Queen, or the chemistry of the characters.

The series is filled with special and impactful moments. For First-year English major Brandon Teola, the definitive scene comes at the end of the show, when Nick and Charlie publicly declare they are dating.

“My favorite scene is the beach scene because they’re just open in public, just being together and verbally telling each other that they love each other and how they’re going to be boyfriends,” B. Teola said. “It’s my favorite scene in cinematic history ever. It’s so good and positive—I just love it.”

Fans are eager for more of “Heartstopper,” which will likely get a second season after a “100% Fresh” rating on Rotten Tomatoes for its debut. Future seasons will draw from the remaining Oseman graphic novels, which explore more serious, darker themes surrounding mental health.

Season one of “Heartstopper” is now available for streaming on Netflix.