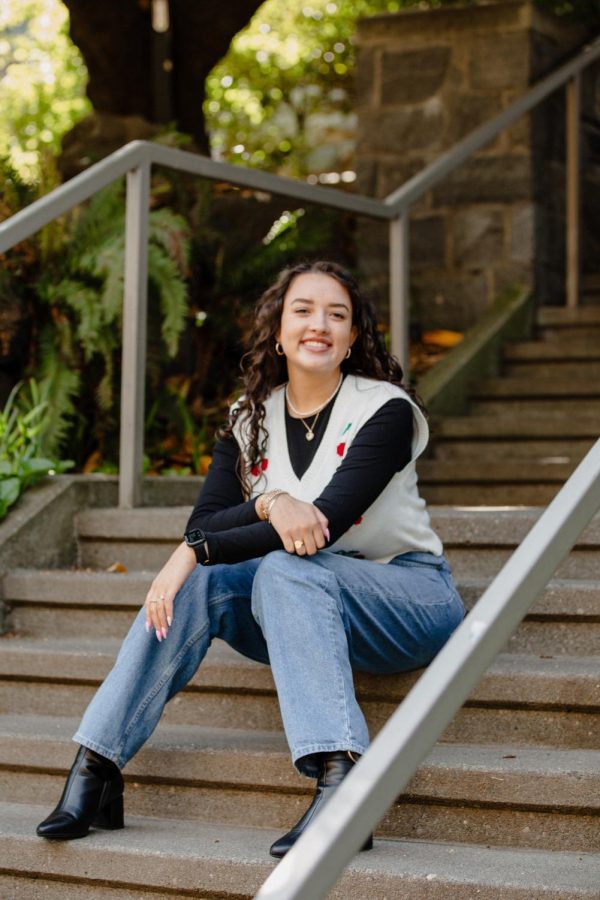 At Seattle University, springtime means election season for the Student Government of Seattle University (SGSU). This year, a number of positions were up for election, including multiple new positions which are a result of SGSU’s recent restructure. Students were encouraged to vote as multiple candidates were running for the positions of SGSU President and the College of Arts and Sciences Senator. Voting closed April 29, and Braelyn Scheer, a second-year political science major, was elected to serve as SGSU president for the 2022-2023 academic year. Christina Beavers, a second-year psychology major, was elected as the College of Arts and Sciences Senator as well.

“SGSU is the voice between the students here at Seattle U and the admin,” Ruby Berliner, a third-year philosophy and public affairs double major and one of two Election Commissioners said. “If you have anything that you want to see changed at Seattle U, SGSU is a really great place to take all of those ideas.”

This year’s election looked different from past elections due to a number of new positions that were created as well as old positions that were given new titles. In their recent restructuring, SGSU did away with representatives from each grade, opting instead to create senator positions open to students of any grade from each of the four colleges: the College of Arts and Sciences, the College of Nursing, the College of Science and Engineering and the Albers School of Business and Economics. Additionally, the Multicultural Senator position, which was originally only open to BIPOC students, is now open to students who are a part of the LGBTQ+ community. Instead of a freshman and senior representative, there is now a first-year senator position as well as a graduate student senator.

“A lot of our positions were very requirement-restrictive, and we weren’t happy with that,” Sarah Trapizona, a fourth-year political science major and Vice President of University Affairs said. “This year, we changed them to include a more diverse student body.”

As the head of SGSU, the president oversees the senators and other executive members. They are also tasked with hiring staff. This year, there were two candidates for President: Scheer and Anna Smalley, a third-year public affairs and economics double major.

Both Scheer and Smalley have experience with SGSU. Scheer served as the Multicultural Representative during fall quarter and part of winter quarter. When the previous executive vice president stepped down, Scheer was elected as pro tempore and has been acting as the executive vice president since. Scheer was also involved with the need-based aid project and hopes to expand it by reaching out to different branches of the university such as admissions and different cultural clubs with scholarships like the Black Student Union.

Scheer recognizes that the president’s role is to make room for students’ voices to be heard, so she wants to focus on transparent communication between SGSU and the student body to help educate students about the inner workings of student government.

“SGSU is working on a lot of amazing projects, and they relate to issues that I do not anticipate changing as concerns to the student body. Those are concerns like need-based aid, like mental health resources like sustainability measures,” Scheer said. “Those are long-term projects.”

This academic year, Smalley acted as the Director of Elections for SGSU, although she stepped back from her role during her campaign. Smalley has plans to continue working on a need-based aid project she started this year. The plan is threefold and involves dialogue with admissions regarding how the financial aid process works and what colleges  are being targeted, as well as working with the Center for Community Engagement in an effort to get scholarships to underserved communities in Seattle.

The other aspect of the project is letting the university know that students are interested in them pursuing LIFT SU, a plan for racial equity and antiracism that focuses on recruiting and retaining BIPOC students and staff. Smalley is also passionate about battling food insecurity on Seattle U’s campus as well as looking into a federally funded free textbook program.

“I’m super passionate about students coming together to advocate for something. I think that is such a powerful space that students hold on a college campus,” Smalley said. “I really believe in SGSU as the place to create that meaningful change for students at Seattle U.”

Each academic year, SGSU holds two rounds of elections so that new students and transfer students have the opportunity to get involved. This spring, four positions were not filled: Vice President of Communication, Albers School of Business and Economics Senator, College of Science and Engineering Senator and College of Nursing Senator. These positions will be up for election in the fall, giving the incoming students a chance to get involved. Students are also able to engage with SGSU and the university by applying to sit on a council or board such as the Academic Assembly, the Board of Trustees, the Board of Regents or the Staff Council. This allows students to provide their input and influence the direction of the university.

“We want students to know that their voices are heard and that the concerns that they raise will be answered and solutions will be found,” Trapizona said.