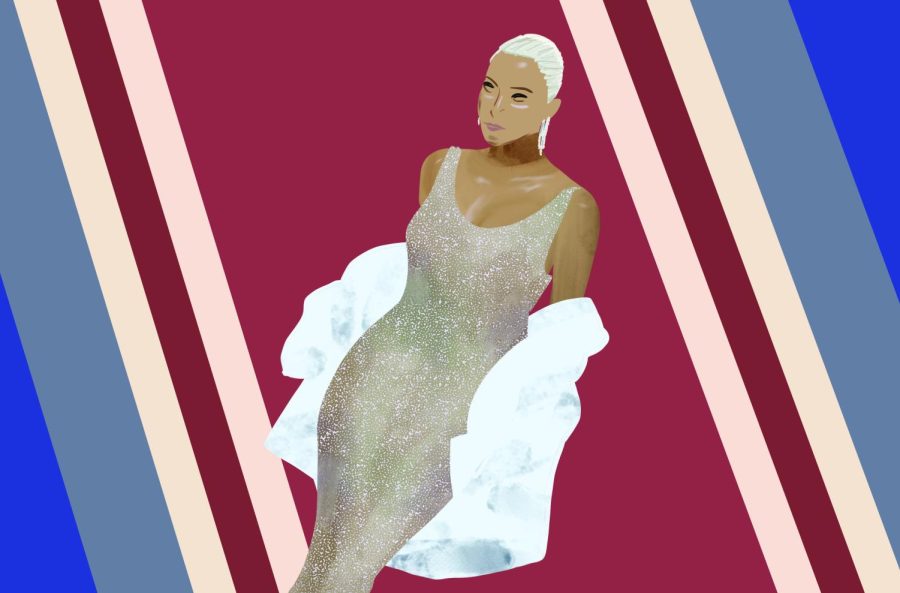 Gilded—to be covered thinly with gold leaf or gold paint or, similarly, wealthy and privileged. Nothing could better describe elite fashion’s biggest night out better than the exclusivity of the Gilded Age and the Met Gala. This year, the two came together in the annual return of Fashion’s biggest night. Regina King, Blake Lively and Ryan Reynolds hosted the 2022 Met Gala, In America: An Anthology of Fashion. The Gala was presented within 13 of the American period rooms in the Metropolitan Museum of Art.

The theme was supposed to be representative of the Gilded Age, the period of time from 1870 to 1899, yet many of the showcased designer looks left room for speculation as adherence to theme didn’t seem pursued to the fullest extent. When it comes to the opulence of the Met, one tends to expect a deep respect and appreciation for theatrics, but as time goes on, the theme has become less and less of a focus. Obviously, there is an admiration for all the beautiful garments, but the added relevance of the theme each year makes those looks that did pay homage to the time period that much sweeter.

Regardless, the Gala has always exuded an air of exclusivity not palpable on other red carpets. In recent iterations, however, the emergence of influencers and rising internet culture via the appearance of online personalities has started to chip away at the event’s extreme secrecy and— dare I say—allure. Even the Kardashians were said to have once been shadow banned from the event for years before Kanye West brought Kim as his plus one in 2013, breaking her into the world of fashion, where she now holds a titular role. The thought of the Kardashians not being in attendance is now laughable, whatever that might symbolize in American culture but still stands—Kim can float down a red carpet completely cloaked and her presence is not only known, but vital.

Kim Kardashian arguably stole the night in the original, $5 million Happy Birthday Mr. President dress that Marilyn Monroe wore in 1962 to sing happy birthday to President John F. Kennedy. The eager critics argued the gown did not fall in the right time period, but the flexibility in a theme surrounding the history of American fashion encourages the presence of a dress so definitive of fashion history in the U.S.. The gown was worn for mere minutes, as Kim slipped into a replica soon after she left the carpet. Those mere minutes though, beautifully encapsulated the role that fashion plays as a living, breathing medium in the art world.

Other notable themed looks included those in attendance with Thom Browne, Gucci, Louis Vuitton and more. With the chic, younger appeal of Gen Z’s appearance on the carpet, Emma Chamberlain’s two-piece Louis Vuitton look stood out as a modernization of a period so far in the past. Lizzo’s Thom Browne dress perfectly represented the structural elements of Gilded Age fashion beautifully presented on a body type that has not historically been given the platform to showcase high fashion. Billie Eilish thematically executed an impeccable Gucci number, reminiscent of an 1885 portrait of Madame Paul Poirson. Blake Lively’s tribute to the architecture of New York in Versace continued to solidify her role as not only host, but queen of the Met Gala carpet, as she historically turns heads in some of the most perfectly selected pieces.

Men’s wear is a point of contention on the carpet, as the classic black suit never leaves the stage, and it is hard to argue whether it follows any theme except plain tradition. Most notably from menswear designers this year included Bad Bunny in a gorgeous Burberry ensemble to supposedly mimic a woman’s riding suit of the era, and Riz Ahmed in a 4SDESIGNS outfit said to be a “love letter to immigrant workers” of the time.

The 2022 Gala will come and go, the commentary will fade, but the historic marks that the fashion will leave on the aesthetics of the industry will continuously reflect society’s worship of the opulent. Other historic rulings will not have the same fun and fleeting appeal.

The news that the Supreme Court may overturn Roe v. Wade created a stark juxtaposition at the end of the evening, as all eyes fell on the extremely famous whilst a significant legal right was potentially overturned by the nation’s highest court.

It remains difficult to focus on the Gilded Age, however close it seems to our own modern political realities.

The analysis of high fashion—which is usually fun and fleeting—when coupled with the announcement of the potential erasure of reproductive rights makes any fashion commentary seem all the more irrelevant. It seems frivolous to discuss the fact that the majority of gowns for a gilded event seemed to be all black, or that Blake Lively’s bustle-like bow changed colors as it unfolded on the carpet, when such a historic ruling could be overturned.