Redhawks Share How They Get to The Nest: The Great Commute 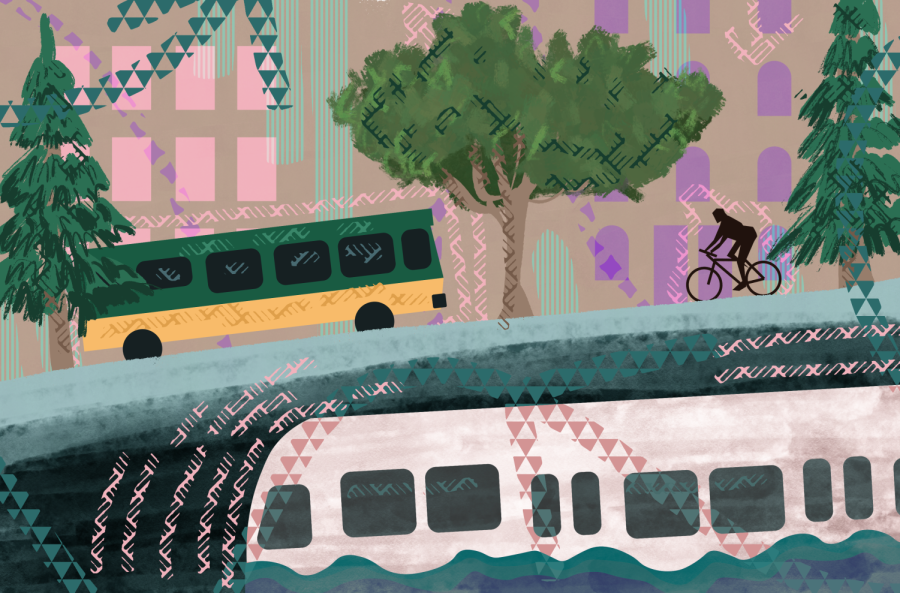 Situated south of Capitol Hill and east of downtown, Seattle University’s central location gives students access to the Emerald City’s greater area. The campus’ proximity to a number of parks, restaurants, shops and cafés provides students with many activities within walking distance. The location also allows many students to enjoy treks through the surrounding urban and residential areas.

Trent Haynes, a first-year creative writing major, appreciates how both errands and exploration can be done on foot. Necessities like grocery stores and pharmacies are only a short walk away.

“There isn’t anywhere that’s off limits—especially because Capitol Hill is such a central neighborhood in the city. From campus, it’s half an hour’s walk to the water on either side. Running, biking or walking are made easy by all the sidewalks and are very scenic, so long as you don’t mind a hill or two,” Haynes said.

Though Seattle is largely considered one of the top 10 most walkable cities in the U.S., some members of the Seattle U community enjoy utilizing other methods for getting around, such as public transit. Seattle offers a number of public transportation options, including buses, ferries and Sound Transit’s Link light rail that runs from Northgate to Angle Lake just beyond the Seattle-Tacoma airport station.

Aside from walking, Haynes makes use of the Seattle Streetcar and light rail to find off campus activities and study spots. From cafés in Pioneer Square to the University of Washington’s library to restaurants in the International District, public transit grants students’ access to most of Seattle in under an hour.

Due to Seattle’s hilly terrain, many students walk and commute. Hayne prefers to walk to Elliot Bay’s waterfront, downhill from campus, but return by bus or streetcar.

Another option for transportation is electric scooters and bikes, which serve as a medium between public transportation and more walkable routes. These scooters can be found around the Seattle U campus and throughout the city. They offer an option for commutes that are too long to walk but too short for streetcar or light rail routes. They also are the only transportation option to operate with 24-hour access.

Seattle U also assists students with transportation in many cases. Students have two options to purchase ORCA cards through the school at subsidized rates, employees are also able to receive discounts. The university also provides shuttles for off-campus activities like sports, competitions and other school-sponsored events.

Madison Staggers, a first-year psychology major, commutes daily to Seattle U from Renton. Though her drive can take anywhere from 30 minutes to an hour depending on traffic, she finds ways of fighting off boredom or frustration.

“I am always listening to music, podcasts or something while driving to keep me entertained during long drives. Even though driving is necessary in suburban areas, my favorite way to get around the city itself is public transportation,” Staggers said.

Even though drives can be long, they are not always difficult. Similar to Staggers, Haynes also uses longer commutes or walks to relax with an audiobook, podcast or playlist.

“Sometimes it’s good to unplug entirely, people-watch and listen to the birds. The city is very beautiful,” Haynes said.

Alexander Marin-Ochoa, a first-year biology major, noted that the beauty of the city is another highlight for commuters.

“Even with the traffic, it’s still a nice drive from Bellevue to the university’s campus. The city is not too industrial, so you get to see Seattle’s natural beauty even from the road,” Marin-Ochoa said.

Overall, Seattle’s numerous public transportation options allow people to commute large distances in manageable times without intruding on the city’s natural beauty or walkability. Even without a car, students have found ways to explore.