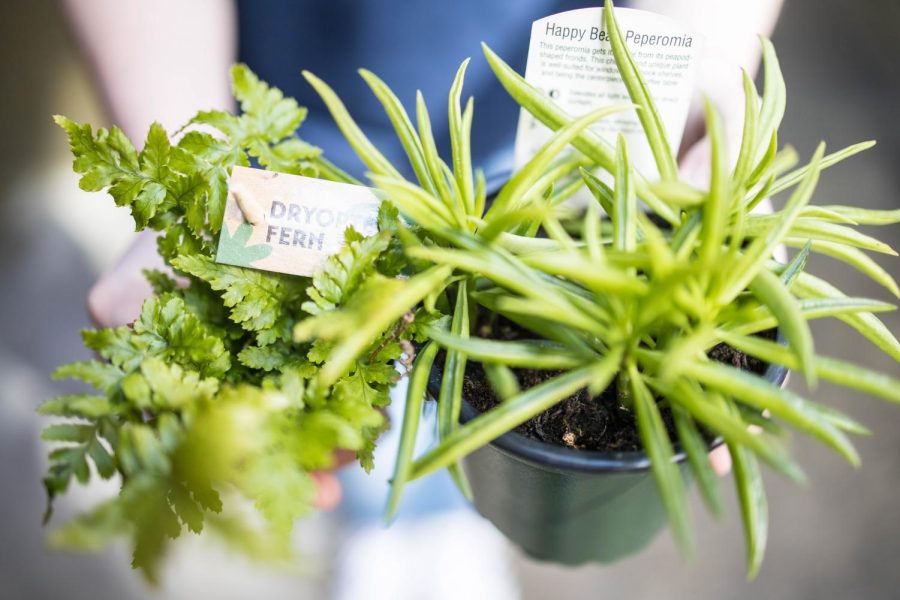 As Seattle University’s celebration of Earth Month comes to an end, it is an opportune time to take the experiences and lessons learned in April into the rest of the year, in a collective effort towards a more just and sustainable future.

With all that occurred during Earth Month, a clear theme was established: collaboration. Sustainability Manager at the Center for Environmental Justice and Sustainability (CEJS) Yolanda Cieters emphasized the importance of collaboration as the only way we can move forward while acknowledging progress takes time.

“Collaboration is key—it’s where we start and end, but you have to have patience because you need to listen to and know what is happening on campus,” Cieters said. “With sustainability, it’s so broad and involves so many areas on our campus, it’s a collaboration with many different groups around many different topics.”

Seattle U is also a part of the Global Catholic Climate Movement. Based upon Pope Francis’ Laudato Si’ document, Catholic leaders in academia, the hierarchy of the Church and civic leaders have called for a renewed focus on reducing humanity’s impact upon the climate.

A diverse set of collaborations were seen throughout Earth Month that saw student groups and campus organizations highlight the intersectionality of different fields and how sustainability and climate change can be approached from different perspectives.

Third-year Environmental Studies and Public Affairs double major and Seattle U Grounds student gardener Zak Smith is a project manager for the rain garden project with the Seattle U Chapter of Engineers for a Sustainable World. His Earth Talk, one of many that revolved around issues of climate change and sustainability, focused on the rain garden, which is a student-run project that gives students real-world experience with environmental design.

“I think students getting to have as much control and influence on a serious project like this represents the type of world and education I want to have,” Smith wrote. “It has involved all types of majors, which was key since real-world work is extremely interdisciplinary. The rain garden itself [will] have native plants, which we used to match the diverse array of plants already on campus, but to hopefully support pollinators and encourage more wildlife out there.”

All year round, students are invited to work with the Seattle U Grounds and Landscaping team. Grounds and Landscaping Manager Shannon Britton noted that something special about this year’s Earth Month was the new partnership with Rainier Beach Urban Farm and Wetlands—a reciprocal relationship between their educators and the Seattle U Edible Campus interns and gardeners on the best sustainable produce practices.

“Educators come to campus and help mentor on how to treat the soils, what to plant, when to plant so that growing our produce is as successful as possible, which translates to a higher yield that we can donate back out into the community,” Britton said. “Our interns also go to Rainier Beach Urban Farm and help with their vegetable starts which are donated to immigrant groups to grow.”

Student involvement with sustainability solutions extends beyond the Earth Month events, continuing with long term projects on campus. Fourth-year Psychology major Audrey Graves, who is the founder of the Seattle U Chapter of the National Society of Leadership and Success, is working to adopt the United Nations’ 17 Sustainable Development Goals (SDGs) on campus.

An April 25 event explored food insecurity and sustainable agriculture. Members of the Seattle U community and outside organizations such as REST spoke at the event. Graves is continuing the efforts of this event as a goal for the entire university.

“With that event, we focused on creating a space that is accessible and really fosters openness to these complex issues,” Graves said. “We really are aiming to raise awareness of the SDGs and the framework it follows. It’s a way that we can build a community and network of students to really collaborate and work towards sustainability on a variety of issues.”

A “GreenHawks” event, April 26, focused on building a conversation on making the curriculum at Seattle U more sustainable in terms of what needs to be changed—this first event oriented around the student perspective. Third-year Environmental Studies and Film Studies double major Gabriella Robinson was one of the leading people behind this effort. She said that this initiative is in anticipation of a new curriculum change in the next five years.

“We’re trying to configure conversations across the Seattle U undergrad in its entity because the College of Arts and Science is so good at integrating sustainability but what about the nursing program, harder STEM classes, education and religion?” Robinson said. “I want to hear their perspectives because it’s important to get out of the [College of Arts and Science] bubble.”

Finance and Marketing double major, Bokyung Kim, who is working with Robinson on increasing sustainability in the curriculum shared her thoughts on the event’s potential impact.

“That event is a stepping stone for more conversations on how we can actually put sustainability into the curriculum,” Kim said. “It’s one of the goals of the Strategic Directions and we want to show the school that students want this change. I feel it’s important to have a student group to advocate and put vice into this change.”

It has been universally acknowledged that environmental justice and sustainability is a broad, complex and sometimes overwhelming task to address. If there’s one place to start, it’s at the CEJS. Earth Day and Earth Month are stepping stones for addressing the larger pressing environmental issues of this century that need continuous involvement. If you’re looking to get involved, there’s a community waiting, for these issues require collective action and innovation.