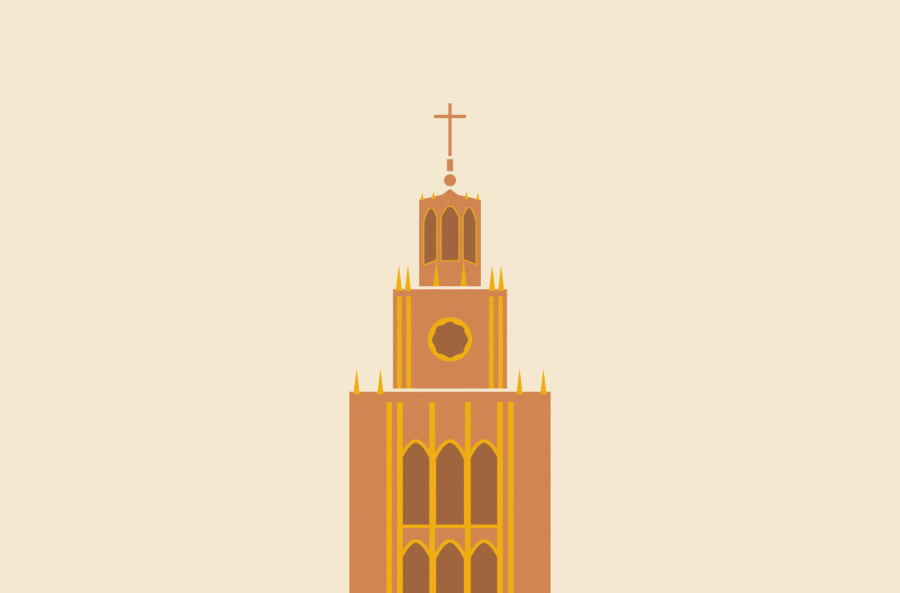 If there is one phrase Seattle University President Eduardo Peñalver emphasizes in his public remarks, it is the descriptive chain “progressive, Jesuit and Catholic.” While there are other universities dedicated to social justice, Catholicism and the Ignatian mission, Seattle U strikes a unique combination of these identities. Peñalver reaffirmed his commitment to this vision, April 14, with the appointment of Catherine Punsalan-Manlimos to the newly created vice presidency for mission integration role. She will begin her work at Seattle U August 2022.

The position used to exist with the title vice president for mission and ministry. It was dissolved in 2015 after the late Fr. Peter Ely, S.J. stepped down from the role. The responsibility for the upkeep of the university’s Jesuit mission was integrated into President Fr. Stephen V. Sundborg, S.J.’s office.

Fr. Arturo Araujo, S.J. is the rector of Seattle U’s Arrupe House and the chair of the search committee which selected Punsalan-Manlimos. He described the circumstances which led to the folding of the old position into the president’s office in 2015 and the reasoning for the creation of a similar position in 2022.

Executive Director of the Center for Jesuit Education, Jennifer Tilghman-Havens, described the institutional process that led to the creation of the position.

“Last year, Fr. Sundborg invited a small group of faculty, staff and administrators to engage in a process of communal discernment in the Jesuit tradition to discern together ways to bolster the Jesuit Catholic character of Seattle U in an era of lay leadership,” Tilghman-Havens wrote.

The group of university leaders Tilghman-Havens mentioned was the initial form of the new Mission Council. They discussed ways through which the university could empower the Ignatian character of the university in a period where fewer members of the Society of Jesus hold administrative roles at Jesuit universities.

Tilghman-Havens and Jeanette Rodrigues, the director for the Institute for Catholic Thought and Culture (ICTC), led the initial process which yielded the search for a new Vice President position.

“[We] facilitated a process that yielded several recommendations, one of which was to hire a vice president to serve as a leader of mission integration as well as a consultant to President Peñalver,” Tilghman-Havens wrote.

President Peñalver described how Punsalan-Manlimos will be tasked with the university’s continued commitment to the Ignatian character of Seattle U.

“In reporting directly to me, she will ensure that mission-related concerns are represented in an informed way at the highest level of the university’s decision making processes,” Peñalver wrote.

The vice president for mission integration will report directly to the president’s office rather than the provost, and will coordinate with the new Mission Council to ensure the strategic direction of the university is in line with the school’s Ignatian mission. Punsalan-Manlimos will oversee both the Center for Jesuit Education (CJE) and Campus Ministry, but not the ICTC or the Center for Ecumenical and Interreligious Engagement (CEIE).

This is because the ICTC and CEIE are mainly academic bodies, while the CJE and Campus Ministry minister to the community. The ICTC and CEIE will remain under the direction of the provost.

“The CJE and Campus Ministry are directed at spiritual formation for students, faculty and staff. Given the complementary nature of their missions, bringing them together under a single leader—which is how they were previously organized when Seattle U had a vice president for mission—made good strategic sense. Both the ICTC and the CEIE are more academically focused centers. As a result, keeping them under the Provost’s leadership seems appropriate,” Peñalver wrote.

Punsalan-Manlimos brings a wealth of experience as a leader of Jesuit mission and a Seattle U community member to the role. She previously served as the director of the ICTC, a professor of Theology and Religious Studies, the director of Catholic Studies and was formed as a spiritual director while at Seattle U for 15 years.

Since then, she has served as the assistant to the president for mission integration at the University of Detroit Mercy, which is sponsored by both the Society of Jesus and Sisters of Mercy. Punsalan-Manlimos’ appointment as vice president for mission integration is not simply a new job, but a homecoming. She described the importance of an administrator in the president’s cabinet who is actively monitoring the strategic direction of Seattle U from the lens of the university’s Jesuit mission.

“It’s about having somebody at the level of higher leadership at the university thinking about how the mission should be part of the important conversations taking place around strategic directions of the university. I understand it also to be a role that will have responsibility for ensuring mission formation of leadership from administrators to the board of trustees,” Punsalan-Manlimos said.

Because of her previous experience as the director of the ICTC and her academic work in the Theology and Religious Studies Department, the incoming vice president has a wealth of experience with the academic side of the university’s Jesuit mission, and is now preparing to assume leadership of the pastoral elements of the school’s Ignatian identity. It will offer new opportunities for Punsalan-Manlimos to draw upon her work in spiritual formation in a less research-heavy context.

“She’s a spiritual counselor. She has experience directing people through the month of the spiritual exercises, so she’s a serious layperson and a leader in this spirituality. I respect and admire her as a professional and as a partner in the mission,” Araujo said.

One of the hurdles that a leader tasked with integrating Jesuit mission faces, is the religious makeup of the university. Only 24.5% of Seattle U students are Catholic—the majority of students do not identify as religious. Unlike Catholic universities, which can assume a broad understanding of the Church amongst students and staff, Ignatian leaders at Seattle U have had to take a different approach.

Michael Reid Trice, the director of the CEIE and a Lutheran constructive theologian, looks forward to the way the Jesuit mission of the school can be of benefit to those who do not identify as Catholic or Christian under Punsalan-Manlimos’ leadership.

“When I see Jesuit universities with a strong sense of integration at the missional level, those universities thrive incredibly well when there’s a sense of a collaborative and integrated direction,” Trice said, mentioning that this mission can be internalized by those who are not Catholic or religious. “The Ignatian commitment to deeper discernment in our lives is intended, in my estimation, to be a gift to the world.”

As a layperson, Punsalan-Manlimos has the opportunity to bring a fresh approach to the Jesuit mission of the school, which may be distinctive from the way it was previously handled under the school’s former presidential administration.

“One of the things that I discovered in my 15 years at Seattle U is that there are a lot of creative ways in which lay leaders have engaged with the Jesuit tradition. Are there distinctive ways that we do it as laypersons? I think it’s in bringing in our experiences, whether we are partnered laypersons or parents, there’s all these layers of our experiences as lay members of the community which will necessarily lead to creative imaginings,” Punsalan-Manlimos said.

The incoming vice president stressed that the Ignatian heritage of the university is adaptable to the diverse backgrounds of community members, and has a richness which can be of benefit to the entire school.

Coming at the question as a Jesuit and the rector of the Arrupe House, Araujo expressed excitement about a layperson taking on the mission integration role, and underscored the unique experiences of lay people in the Church.

“When a Jesuit cleric is talking about spirituality, to laypeople it is valid, but we lack the experience of the laity. We don’t have the same challenges. We don’t leave, we don’t have a family, we don’t have to deal with all of the difficulties of finances that families have today,” Araujo said. “We need lay people like Punsalan-Manlimos commanding us in this position, leading us in the way of integration that we need between tradition and reality.”

The broad anticipation for the vice president’s arrival displays the continued commitment amongst university leaders to Seattle U’s Jesuit mission. A returning community member with deep roots in Ignatian spirituality has the potential to capitalize on these trends, and enhance the Ignatian framework of the university.

The new vice president for Mission Integration will play a key role in the developing strategic direction of the university, and will hold additional importance under the university’s first lay president. As Seattle U continues to engage in dialogue about how to exemplify the phrase “progressive, Jesuit and Catholic,” Punsalan-Manlimos will be an important voice of guidance in a new era of educational leadership.