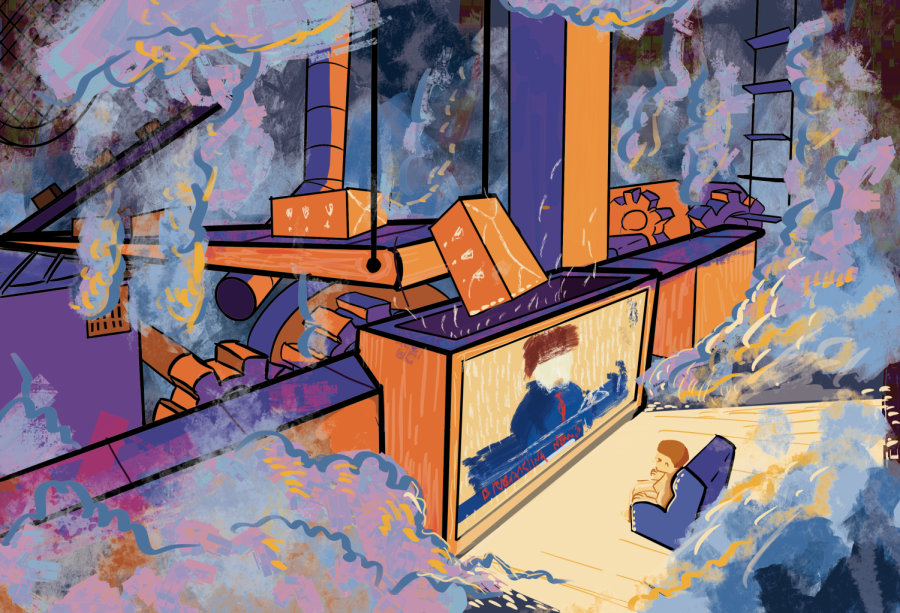 Many daily routines include a scroll through an internet feed, a carefully curated barrage of information. This can include any number of topics like news headlines, social media posts, political opinions and crime updates. Though the internet has allowed for widespread access to information, on the algorithmic level, studies have shown that certain social media platforms like Facebook often promote news that draws strong negative reactions from its user base.

According to analysts and psychologists, one of the biggest dangers posed by social media is its ability to turn fiction into fact almost instantly. The rise of decentralized radicalist groups through social media and internet forums have allowed many conspiracy theories such as QAnon and Pizzagate to both remain interconnected through anonymity and spread misinformation rapidly. Many fear the real-world consequences of falsified information through a new virtual medium—everything from political alienation to violence.

“I honestly dislike social media a lot—there’s so much fake news and propaganda that people read and believe and that makes me sick. I know a lot of people who get their information from meme pages or social media, so I try and stay up to date through news services,” Morton said.

Morton attempts to diversify and cleanse his news feed by cutting out the social media middleman. Instead, he turns directly to newspapers and their websites for information. Despite this, he also noted that even official news sources may include a level of bias that taints the information they provide.

Gretchen Franz, a first-year political science major, agreed that social media has changed the way people not only receive their news, but process and share it with others. She noted that social media has caused people’s relationships with information to become more individualized, which can alienate them from other perspectives and decrease their ability to critically analyze information.

“I think that the algorithms of social media enforce an echo chamber mindset where people just repeat their own ideas and there’s no external factors. The advent of social media has also caused news to be more informal and individualized. Instead of being professional news outlets that have some level of authentication, individuals have no obligation to be critical of what they consume,” Franz said.

However, not everyone agrees with this depiction of social media. Charles Lawrence, an associate professor of sociology at Seattle University, believes that issues that are actively debated gain traction online and have always drawn the same level of debate and attention.

“I think we are probably overestimating the impact of social media. These are conflicts that we have had for a very long time, and they keep coming up in new shapes and new forms, but they’re not new. The pushback that’s happening now is the same backlash happening in the ’70s and ’80s, it’s not just social media,” Lawrence said.

Lawrence and Morton both agreed that there is a harsh level of division in the current political climate. Morton hesitates to engage with peers in political discussion, as he feels there is a knee-jerk reaction to discard points that one may disagree with, rather than making a genuine attempt to listen.

“I feel like our nation is split in half right now, there’s so much lashing out at each other that there’s no room for conversation. The current place we’re at right now is more focused on parties going against each other than focusing on something specific,” Morton said.

Though Lawrence did not emphasize social media’s impact, he highlighted the impact of geography, or what he refers to as self-segregation. Lawrence believes that the bipartisan nature of ‘blue’ and ‘red’ states have caused people to move from coastal areas to central or rural areas and vice-versa in search of politics that adhere to their beliefs, which further alienates each side from the other.

Lawrence believes that the best way to overcome these issues is through reflection, listening and discussion.

“In this country we have fundamental differences in values, and often we don’t understand why we are yelling and screaming at each other. I’d ask students to reflect on under what circumstances they’ve changed their views,” Lawrence said.

As tensions build nationally over controversy in education such as Critical Race Theory and LGBTQ+ identity, Morton, Franz and Lawrence hope that Seattle U will remain a space for open minded and respectful discussion.