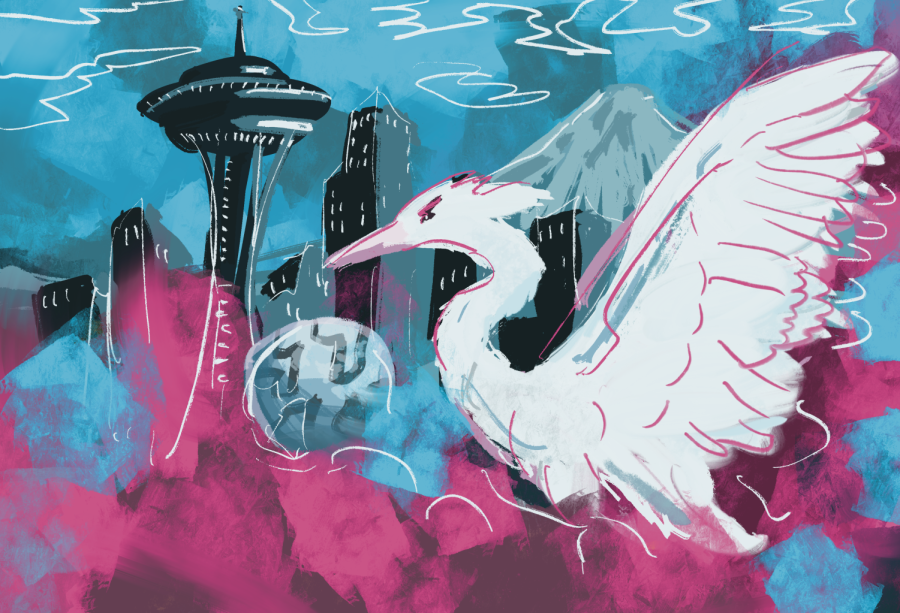 The Seattle Sounders FC has had a rocky start to the season, especially by their standards. They currently sit in the 11th spot in the Western Conference of MLS Major League Soccer (MLS) with a record of 2-1-3. They looked to improve their record Saturday, April 16 at Lumen Field against a struggling Inter Miami side.

Over the last 13 years, the Sounders have been a championship or bust team. They are consistently in the conversation of contenders for the MLS title. 2019 was the last time they won the MLS Cup.

In the offseason, the Sounders lost two key players, defenders Shane O’Neill and Brad Smith. They acquired midfielder Albert Rusnak from their rival Real Salt Lake. The 2022 Sounders have offensive firepower and experience, both ingredients of a championship-caliber club.

This year, the Sounders are not just competing in the MLS, but also in the CONCACAF Champions League. They are in the final game of that tournament and will face Mexican side Pumas UNAM in a two-leg showdown April 27 and May 4.

Longtime Sounders fan Lisa Bowman is confident in her team despite their early-season struggles.

“I’ve been a fan since they started in the MLS,” Bowman said. “Initially, I wasn’t happy with this year’s start to the season, but I have come on board with the CONCACAF champions league. Now I have embraced that and am content with not doing as well in MLS as long as they win CONCACAF.”

With the upcoming first leg against PUMAS, Seattle head coach Brian Schmetzer made the tough decision to rest his starters for the majority of the game versus Inter Miami. Key players such as attacker Raul Ruidiaz, USMNT midfielder Cristian Roldan and Rusnak all started the game on the bench.

With an immense number of fans sporting blue and green attire, the Lumen Field atmosphere was electric. In a sign of relaxed COVID-19 regulations, barely anyone was wearing a mask in the rowdy crowd.

Nicholas Gaston, a second-year at Pacific Lutheran University, enjoys the games for the experience.

“I like being at the stadium because the home crowd is always loud and energetic,” Gaston said. “I also think it creates a big home advantage for the Sounders and makes the atmosphere a lot more intimidating for the visiting teams.”

Both teams were methodical and patient to start the game. It was slow and uneventful due to amazing defense, physical play and solid goalkeepers on both sides.

The only goal of the game came from Inter Miami. It featured a beautiful crossing pass from USMNT and Miami defender DeAndre Yedlin to attacker Robbie Robinson for a calm and easy finish in the lower right corner of the net at the 41-minute mark of the first half.

Jordan Fernandez, a lifelong Sounders fan and student at Tacoma Community College, was let down by his team’s performance in the first half.

“I was disappointed after the first 45 minutes of this game,” Fernandez said. “We need to create more opportunities to score.”

The Sounders seemed to hear Fernandez, because they played with a greater sense of urgency. They played much more aggressively on offense, but simply could not capitalize on multiple scoring opportunities.

Late in the second half, while the Sounders were still scoreless, the crowd erupted when fan-favorite Ruidiaz and star newcomer Rusnak entered the game at the 70-minute mark. This was one of the final attempts by Seattle to score and tie the game.

After continuing to revitalize their lineup by substituting in their usual starters, Roldan barely missed with a rising shot over the crossbar from outside the box. Miami sat back defensively after their goal in order to prevent the Sounders’ attackers and midfielders from having space to pass the ball.

“I’m a little disappointed about the result but it’s what you expect,” Gaston said after the match. “They’re obviously set on the CONCACAF Champions League game, so I get why they rested all their starters. I just hope the team can get their momentum going again.”

In the end, the Sounders could not generate enough offense to win, losing 1-0 to Inter Miami. This was their third loss in the last six matches.

Despite their recent losses and adversity, fans like Fernandez believe the Sounders are an unstoppable force in the MLS as long as they stay healthy.

“I think they have the team to win it all,” Fernandez said. “Some key factors that will affect their season are injuries and how they can remain healthy in the starting 11.”

Their next MLS game is April 23rd against the San Jose Quakes. After that are two key CONCACAF matches versus Pumas UNAM for the Champions League title.