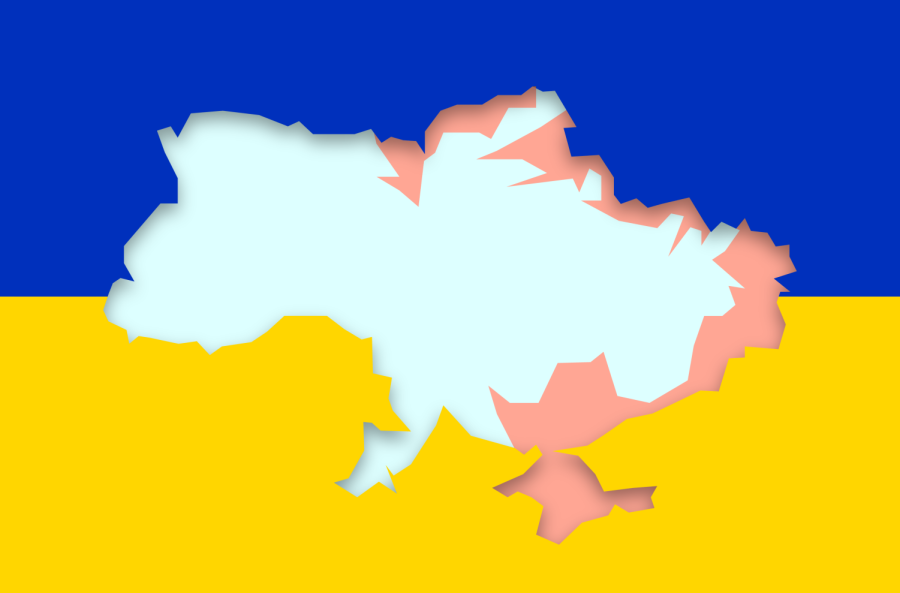 With many Ukrainian citizens displaced amidst an international refugee crisis, members of the Seattle University Law community have found a way to provide aid. Seattle U students, alums and professors assisted Ukrainian refugees with submitting asylum applications in the State of Washington April 3, 2022. The event was hosted by Refugee and Immigrant Services Northwest at Everett Community College.

Assistant Professor of Law, Deidre Bowen, was the first person from the Seattle U community to hear about the Everett event. She soon reached out to students, alumni and other professors to volunteer.

“I got a text from a former student about two weeks before the event asking if I could help with the situation. There were about thirty refugees who crossed over the United States border on foot from Mexico, and they needed help applying for asylum,” Bowen said.

Applying for asylum is a lengthy and necessary process for refugees in the United States. With the assistance of translators and lawyers, some of the stress of this process can be eased. Many asylum intake organizations have been overwhelmed as a result of the current crisis in Ukraine. Yet, certain individuals have helped make a significant contribution to assisting refugees.

Although initially Bowen contacted nonprofits and other immigrant organizations, she realized they were already “completely overloaded” with refugee work. She took it upon herself to organize the event by reaching out to colleagues and students of the law school who were versed with immigration law.

“I simply put out the call. Everyone was eager to help,” Bowen said.

The legal term for this type of event is an intake. This requires students to gather basic biographical information about the refugees in order to apply for asylum in the United States. Bowen noted that students were not only going through the applications, but also getting to know the refugees and listening to them about the intense persecution they experienced.

“When I say this is student-run and that the students do the work, I’m not kidding. The Seattle U community came forward and committed to this work,” Bowen said.

Bowen reached out to Paula Enguídanos, visiting assistant professor of Lawyering Skills at the Seattle U School of Law, to assist with the process and train students on how to help refugees through the application.

Prior to Seattle U, Enguídanos worked in immigration law with a primary focus on asylum applications.

“I was impressed by how many students wanted to help,” Enguídanos said. “If you’ve worked in the field, you can look at faces and go, ‘That person has had a rough time before they got here.’ And our students were really compassionate and gentle about that.”

Professors and students alike emphasized that the event felt like their opportunity to help.

“There’s a lot of things going on in this world, and many times you don’t know what to do. But this is in my skillset, and I know how to help,” Enguídanos said.

Enguídanos expects there will be other moments for students and the greater Seattle community to assist refugees. Even those without expertise in immigration law can find ways to help.

“One thing people can do is advocate with their senators and representatives for better treatment of not only Ukrainian refugees, but many people who have been displaced from their home and have nowhere to go,” Enguídanos said.

A sometimes overlooked aspect of immigration law is the work that translators do. Irina Dolbinina, a Seattle U law student, assisted the event not only because of her professional legal skill, but also because she could speak Russian and help translate for the Ukrainian refugees.

“I think people have different ways of helping in the community. For example, I am part of the law school, so I have legal knowledge. It’s about finding the means that you are best equipped with and using that skill to help get involved and bring awareness,” Dolbinina said.

Bowen, Enguídanos and Dolbinina all emphasized that there are ways for every person in the Seattle U community to help.

Bowen plans on organizing more intake events for both Ukrainian refugees and other people seeking asylum in Washington state. If undergraduate students are interested in assisting with legal processes, they may have the opportunity to be paired with a law student to go through the basic parts of the asylum application.

Aside from the legal application, the mental toll of being a refugee is another part of the asylum process. Anyone who has experience in psychological, social work or counseling fields can reach out to Bowen to offer help. She believes that offering psychological services will support refugees who have been through intense trauma.

“Putting together an event like this in two weeks would not be possible if it were not for the people who said yes and went all in,” Bowen said.

Seattle U professors, students and alumni have demonstrated their ability to work together for a greater goal. As more opportunities to help rise during times of strife, there is hope that the Seattle U community will continue to advocate for those in need.