A Night at the MoPOP: Spring Ball Reunites Seattle U Community 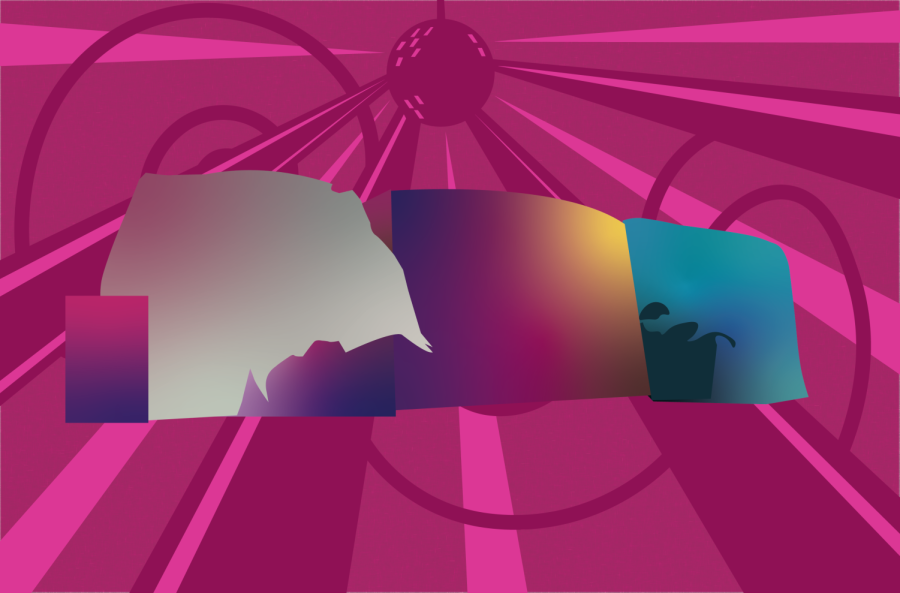 Historically, the Student Executive Activities Council (SEAC) hosts the Fall Ball as an annual Homecoming event. With COVID-19 concerns still at the forefront at the beginning of the 2021 academic year, SEAC brought the dance into a new season to create the Spring Ball.

The semi-formal event, which was canceled in 2020, was held at the Museum of Pop Culture (MoPOP) on the evening of April 8. Along with a night of dancing, students were able to roam various exhibits at the MoPOP including “Heroes & Villains: The Art of the Disney Costume” and “Indie Game Revolution.”

Part of the event’s appeal is its esteemed location. In previous years, the dance has been held at the Seattle Aquarium, Benaroya Hall and the Seattle Art Museum. First-year Philosophy and Women, Gender and Sexualities double major Hope Henning shared what made MoPOP the perfect location.

“I really loved the museum as a venue,” Henning wrote to The Spectator. “Having the dance at an actual museum was so cool, and it gave us something to do when we weren’t dancing, a shared activity.”

Third-year Computer Science major Rucha Joshi commended the event’s planning, feeling like she had enough time to view the galleries and hit the dance floor. Having not attended the event in her previous two years at Seattle U—one due to being new to campus, the other because of COVID-19—she had a lot of anticipation for the night.

“It was really cool getting to be [at the MoPOP] and view exhibits—I’m a huge Disney fan so my favorite was the Heroes and Villains exhibit and it completely matched my expectations,” Joshi said. “There were so many cool [exhibits] like hip hop and indie games, where you could actually play the games—stuff I hadn’t seen in so many years.”

After viewing the exhibits, many students took to the dance floor for what was one of the first live in-person gatherings since the start of COVID-19.

“I loved the environment and vibe of MoPOP,” First-year Pre-major Aunjena Hampton said. “I loved being in person together. It was a great atmosphere and everyone was so kind.”

Second-year Anthropology major George Miller attended with his girlfriend and friends, and regarded seeing others at a social event as a positive experience—something that he sees as extremely valuable for all students, but especially first and second-year students.

“I’m a very gregarious person so any event where I can see people, I really want to go to,” Miller said. “It’s interesting to have mass groups of people again because everyone is adjusting to that setting, and I hope we have more of these student events because everyone’s been separated for these past two years.”

The event had a live DJ playing musical selections that enhanced the atmosphere. While all the music choices were well-received, it was throwback hits like “Dancing Queen,” “I Want to Dance with Somebody” and “Don’t Stop Believin’” that seemed to resonate the most.

Joshi said that knowing at least 80% percent of the music played was refreshing and made for an enjoyable experience, especially in contrast with what was played at her high school.

“All the songs they were playing were songs I liked and listened to—songs I hadn’t heard at a dance in years,” Joshi said. “The last few dances I went to in high school, the music was entirely hip-hop and EDM and it’s nice to go to a dance where I don’t only know one song.”

Henning felt that the event exceeded her expectations—passing the “low” standards from “awkward high school dances.”

“[The dance] didn’t feel awkward at all, and it was a nice escape for a night,” Henning wrote. “Since the pandemic, I’ve been excited to do almost anything with other people and this event was better than I’d hoped. It was refreshing to run into people I knew and see familiar faces.”

While all students applauded the organizers for the event, there were a few things that could have been improved. Multiple students hoped that more would be served than just water for refreshments.

Miller expressed that the timing and date of the event was difficult given the college lifestyle and commitment—he noted that for example, the entire men’s tennis team was unable to attend along with other sports players. He also felt that the event advertising could have been better.

“Personally, I didn’t know about the event until the Tuesday beforehand and I know a lot of my friends didn’t know about it either,” Miller said. “It was on a Friday night from 6 to 10 p.m. and I don’t know anyone who goes out that early.”

There was also the issue of transportation. While students expressed their gratitude for the service to and from the MoPOP, it was after the Ball that it became worrisome. Hampton said that she and about 70 other individuals were left waiting in Downtown Seattle outside “in the cold for about 45 minutes.”

Hampton stated that the MoPop security guards left before students got on the bus as their shifts were up. Representatives for SEAC were not present or did not make themselves known during this time.

“I hope this gets better in the future because it was not the safest environment for college students to be just sitting in,” Hampton said.

The Spring Ball brought the Seattle U community together in a way that had been lost due to COVID-19. While students look forward to attending future Ballse, SEAC has more events—Quadstock and Battle of the Bands—next month.