Open Trails Ahead: An Outdoor Experience 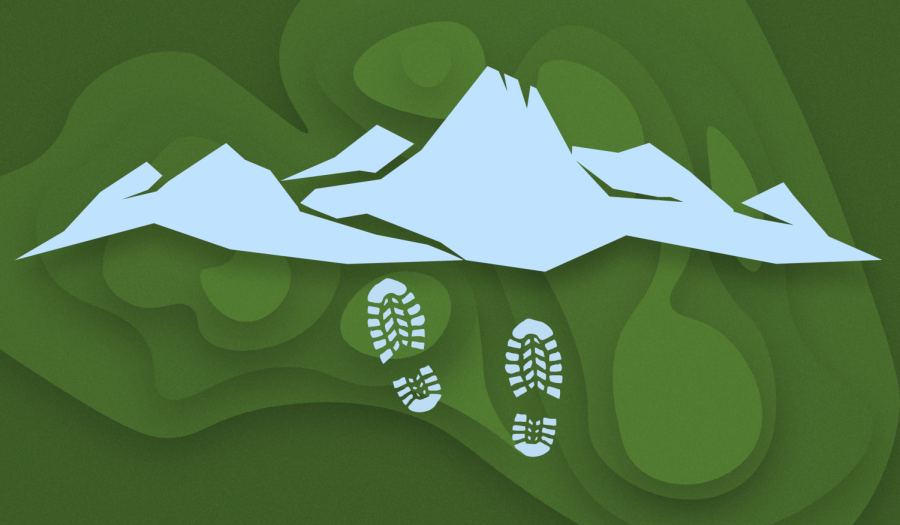 After nearly three years of staring at screens, most Seattle University students are more eager than ever for a breath of fresh air. Students arriving on campus for the first time may be unaware of the possibilities for recreation and exploration that UREC’s Outdoor Education provides.

As one of the handful of students who has been leading these expeditions since before the pandemic, Fourth-year Melanie Henderson-Sjoberg became one of the program’s managers this past September.

“I feel like any experience over the last three years has been very unique,” Henderson-Sjoberg said. “It’s been really incredible and meaningful, in terms of such a long commitment and experience with a particular program. It’s been a cool opportunity to be able to both introduce other people to certain outdoor activities and experiences and see their love for the outdoors grow.”

Since the return to campus, the UREC Outdoors team has worked tirelessly to provide consistent access to the great outdoors for the Seattle U community. Expectedly, their path has been littered with obstacles.

“It’s been quite a transition coming into this year,” Henderson-Sjoberg said. “We haven’t really been able to lead trips for the last year before this year. Essentially only four of our leaders have led trips before. During [quarantine], we would say certain things and everything would change by that time, we just [had to] recognize that things are going to change. Each trip usually has two leaders. Lately it’s been three or four because we’ve been following COVID-19 protocols and separating people into different vans.”

Even with experienced leaders, a rigid plan of action can restrict the viability of a trip. The Outdoors team has applied their adaptability to the pandemic’s uncertainty to overcome these logistical challenges.

“I led a trip to Scenic Hot Springs, which is an incredible place but it’s private property which means the directions to get there were a little bit much,” Henderson-Sjoberg said. “We didn’t know where to go because the embankment had six feet of snow on the side of the highway, so the road I had gone to before as a participant was completely buried. We had to turn around, drive all the way to Steven’s Pass, come back, navigate our way back from a backroad onto the freeway and hike along the road and then go up and snowshoe … there’s always something new that you need to figure out and adapt in the field.”

Luke Meyers, a second-year studying marine biology and Spanish, is one of Henderson-Sjoberg’s newer teammates at Outdoors.

“It’s awesome!” Meyers shared. “The crew is really fun and everybody is super helpful, nice and supportive. It’s been really cool to be able to explore more around the Puget Sound region. I don’t have a car, so it makes it a lot more accessible as a student. I have learned a lot, I’ve loved it so far.”

Having been a trip lead and program manager since last spring, Meyers finally got to start sharing these opportunities with other students this fall.

“In my position as a trip lead, I get to plan, organize and run trips to various places,” Meyers said. “My favorite experience I’ve had this quarter was going to Mt. Rainier a few weekends ago and snowshoeing. It was spectacularly sunny out, it was so cool––like a winter wonderland blanketed in snow.”

“The evidence shows that every trip filled up at the beginning of the quarter with a waitlist 30 people deep,” Sutton said. “The want and the need for trips exists, and it’s my job to figure out how to fill that while still adhering to the best practices and safety protocols of running trips in person with COVID-19 going on.”

In the short time he has been assistant director, Sutton has combined his professional experience in the outdoor industry with the expertise of each student leader to enact positive changes to the program.

“School always comes before having fun, but you do need that outdoor space to reset yourself,” Sutton said. “People have classes and tests, so they have to drop out of trips, which puts the burden on us as the Outdoor program to call everyone on the waitlist and get them registered. Instead of everything going live on the first, which isn’t really equitable in case someone doesn’t even know the program exists, everything will go live three weeks prior to the trip starting. It’ll make trips more approachable for people, especially freshman and sophomores.”

In addition to revising the trip sign-up system, Sutton has been integral in expanding the scope of Outdoor Education. This year, the program is boasting new partnerships with local climbing gyms, access to activities like ice-skating, and further away excursions like the three-day kayaking trip to the San Juan Islands happening next quarter.

“There’s definitely an air of ‘I’m at college, I’m learning new things, I also try new things and be outdoors.’ Whether that’s climbing, or skiing, or surfing, we want students to pursue what they’re interested in. We have a bigger student market than ever: I think a lot of students come to the Pacific Northwest because of the mountains, the Sound and the variety of natural areas that are so close. It’s been really cool to participate so strongly in helping students access what they came here for.”

Outdoor Education’s team is venturing onward through every trial and tribulation thrown their way, and bringing other students along for the ride.