A Year Later: The Death of Derek Hayden 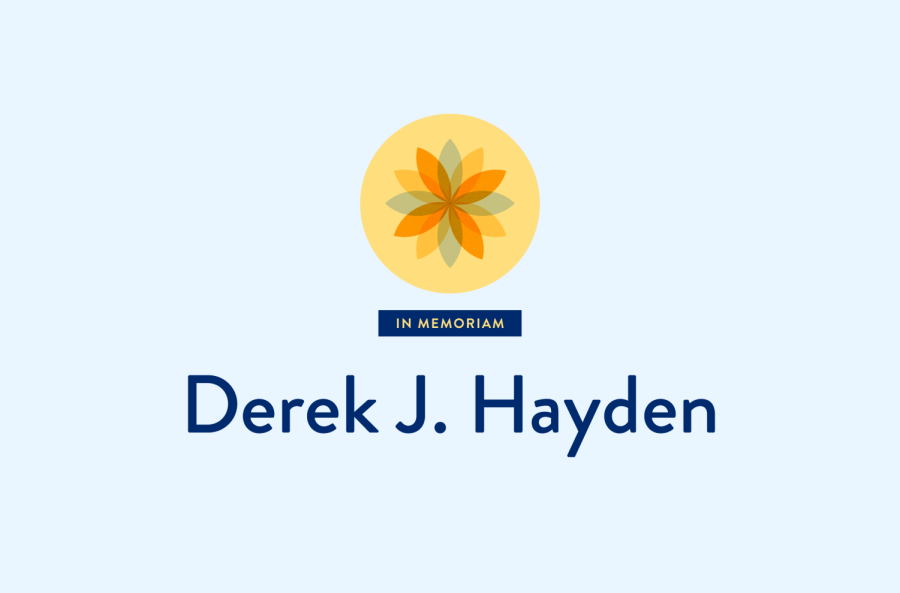 On the cold evening of Feb. 16, 2021, a 44-year-old man named Derek Hayden engaged with two Port of Seattle Police Department (PSPD) officers while in the midst of a mental health crisis. The PSPD officers sent out a request for backup, to which five nearby officers responded. They began formulating a plan to safely assist Hayden, who held a knife and was expressing an intention to end his own life.

It was around that time that two Seattle Police Department (SPD) officers, Cassidy Butler and Willard Jared, got out of their squad car and within 15 seconds opened fire on Hayden.

Hayden loved to skateboard and play video games. He was described as loyal, adventurous and inspirational to those around him. He pursued a lifelong love of computers and technology through Seattle University’s graduate computer science program. He had no significant history of mental illness, nor of any conflicts with the law. Regardless, he was killed by two SPD officers.

Al O’Brien, a former SPD officer and Washington State Representative, explained how he would approach such a situation if he were an involved officer.

“The most important things are space and time,” O’Brien said. “Generate some space between the officers and the individual—there’s no rush.”

SPD protocol is in agreement with O’Brien’s approach.

“When safe and feasible under the totality of circumstances, officers shall attempt to slow down or stabilize the situation so that more time, options and resources are available for incident resolution,” department policy 8.100 reads.

This was not the protocol that officers followed. According to the Office of Police Accountability’s report, Butler deliberately parked in front of Hayden, not near the other officers. Jared got out of the patrol car, and pointed his rifle at Hayden, who was presenting no threat to anybody else at the time.

Officers Butler and Jared say that they did this to protect other people who Hayden might have endangered. However, body camera footage shows the area deserted except for Hayden and the squad car in front of him.

When an officer responds to a call for backup, O’Brien notes that a top priority is establishing communication with the officers who are already on the scene.

“I would find out by radio on my way to the call if there’s something set up,” O’Brien said. “Who’s in charge, what’s the meeting spot, all those kinds of things.”

Butler and Jared did not attempt to communicate with the PSDP officers. If they had, they would have discovered their plan of keeping distance while attempting to communicate with Hayden and moving him away from  more populated areas, all while an officer armed with a nonlethal weapon stood ready to take the lead if anything went wrong.

Such a plan may have stood a better chance of assisting Hayden safely through his moment of crisis.

Carmen Rivera, a professor in Seattle U’s Criminal Justice department and City of Renton council member, believes that police are not equipped to deal with all types of calls, especially when they have a mental health component.

“[Police] have become the catchall for everything,” Rivera said. “We call the police on everything and everyone.”

Critics of police reform often cite a lack of viable alternatives. There is no public safety program in Seattle with a comparable source of funding to the SPD.

Rivera points to Crisis Assistance Helping Out on the Street (CAHOOTS) as a possible alternative model. The program has been operating for 31 years in Eugene, Ore.. 911 dispatchers are trained to recognize nonviolent calls with a significant behavioral health component.

If a call meets these requirements, it is routed away from law enforcement and instead to a team consisting of at least one medical professional and one crisis worker. Police rarely need to show up. Out of 24,000 CAHOOTS encounters in 2019, police backup was requested only 150 times.

Limiting the number of times police are involved with individuals in crisis greatly decreases fatal shootings. A 2016 study estimates that up to 50% of fatal encounters with law enforcement involve a victim with a mental illness.

Chloe Merino, a third-year law student and a member of the Seattle U Abolition Coalition (SUAC), envisions a future in which Seattle transitions to a public safety model without police.

“In an abolitionist world, the police don’t just disappear overnight magically,” Merino said. “It’s a slow process that involves taking resources and reinvesting them in the community where they’re needed.”

The coalition sent a list of demands to Seattle U’s administration Feb. 16. Among the goals of the coalition is ending cooperation between university professors and the SPD entirely.

“By extensively collaborating with the Seattle Police Department, Seattle U condones SPD’s practices of fear-mongering, broken windows policing and excessive use of force,” the statement read.

While Seattle U faculty does collaborate with the SPD on research, and there is crossover between professors and law enforcement, the school has taken steps to reduce affiliation with policing tactics which have caused concern to students.

President Emeritus Stephen V. Sundborg, S.J. sent an email June 10, 2020 to the campus community announcing that the SPD would not be allowed to park at the fitness center or on campus during the George Floyd protests. Student advocates viewed this as a win, but Sundborg drew the line at ending faculty affiliation with the SPD.

“Faculty and students in areas including the School of Law and the Department of Criminal Justice often do research or related work with criminal justice agencies throughout the region, including SPD. There has been a significant amount of good work focused on reforms in the criminal justice system and policing and addressing issues of police brutality,” Sundborg’s statement read.

The tension between student activists who advocate for a complete divorce between the SPD and Seattle U and faculty who feel their work with police is an important path to reform is ongoing.

Ava Walchak, a fourth-year political science and philosophy student, echoed Merino’s view that police reform is a worthy short-term goal, which should later transition into a full-scale reimagining of community safety.

“I don’t think that the safest thing for Seattle right now would be complete abolition. However, I do think that would be a good solution in the future, after we have gone through intense police reform,” Walchak said. “I think that you need to start somewhere. If you were to completely abolish the police just right off the bat, that would lead to a lot of other problems that people don’t really consider on a day-to-day basis.”

Walchak encourages Seattle U students to speak with organizations like We R Seattle, where she is currently interning, that seek to connect the needs of community members to local government.

“I think that having a younger population involved would make a big difference,” Walchak said.

Walchak argues that law enforcement conduct violations would be less prevalent if officers who violate departmental policy were properly sanctioned, especially if that violation directly led to the injury or death of a community member. When officer-involved shootings happen, even when it is determined that the officers violated policy, police unions and collective bargaining contracts make it challenging to impose serious punishment.

Merino had some choice words for the sanctions imposed upon the officers.

“It’s honestly unbelievable that was the outcome, especially when the OPA did find that there was a violation of policy,” Merino said. “I think ideally we all want the cops involved to be fired, taken off the streets and most importantly decertified so they can’t just go to another department and continue harming another community.”

The SPD has been under federal oversight from the Department of Justice since 2012 for a pattern of excessive use of force. This is the fourth incident in the past five years of SPD officers shooting and killing nonviolent people holding edged weapons. Hayden’s killing marks the second time in that span that the OPA has recommended a “complete revamp” of the SPD’s training for responding to individuals with knives, a request that has seemingly gone unheeded.

“If you train a hammer to be a hammer, everything else is a nail,” Rivera said.

A year to the day after Hayden’s death, a vigil, led by Merino and other members of the SUAC, gathered next to Seattle U’s reflecting pool. They arranged flowers, propped up signs and used lighted candles to spell out “DEREK.” As the tiny flames danced, the group held a moment of silence for a son, brother, classmate and friend whose life was cut tragically short.

Hayden may be gone. But he won’t be forgotten.