2022 Winter Olympics: Triumph, Chaos and a Call for Unity 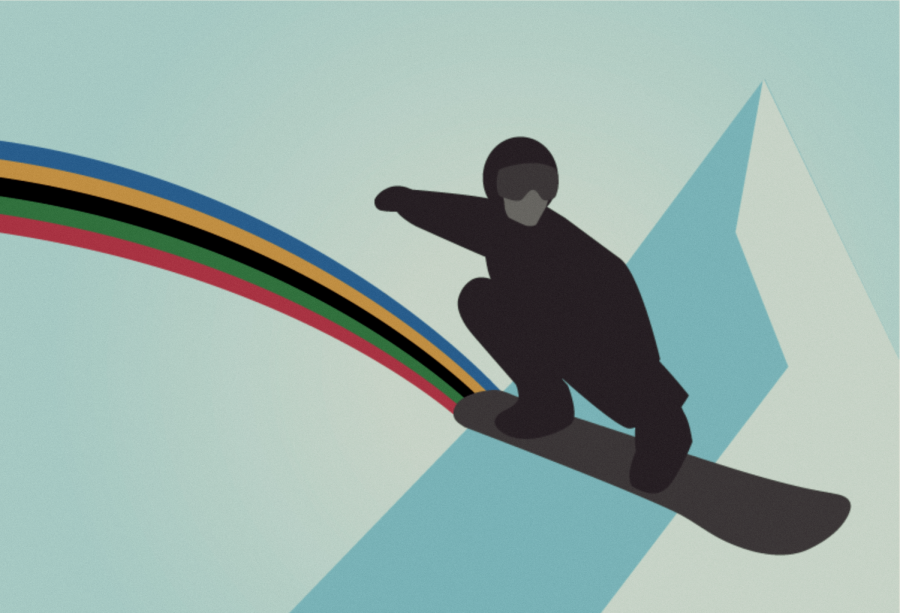 The Winter Olympics are in full swing in Beijing, China, where the headlines aren’t just about the astounding athletic accomplishments. For Seattle University students, the Olympics are more than just a sporting event or a political clash. They are an occasion of nostalgia, unity and intersectional representation.

China hosts the event at a complex time, one where human rights are being questioned and the COVID-19 pandemic still looms. Before the games started, the U.S. pulled diplomats from attending the games, following the disappearance of Chinese tennis player Peng Shuai.

First-year Molecular Biology major Erin Tanaka has been staying up late to follow the games live.

“My parents and I always watched the Winter Olympics together,” Tanaka said. “It’s a super fun tradition because we always got our family together to watch one big event. We usually watched the snowboarding halfpipe because my dad is really into that, even though we don’t snowboard. It’s a family time and it’s very special when it comes around every four years.”

“I think it’s just fun to watch, especially with my background—growing up, I skied a lot,” Nitsche said. “So that aspect, of course, and also [this] DS game that I played back when I was in first grade, Mario and Sonic at the Winter Olympic Games. That was probably the most enjoyable gaming experience I’ve ever had. It’s fun to watch how all these sports evolved over time.”

With many events going on, there’s always something to watch. Nitsche said that he follows the Americans and the German athletes because his father immigrated from Germany.

“A lot of the time, I’ll have slalom [downhill skiing] on,” Nitsche said. “I think the most entertaining ones to watch are probably the ones with the tricks, so moguls, halfpipe—those kinds of things. Also, I like to watch skating sometimes too. It’s fun to watch all these people putting all their skill and hard work on the line to get the most out of it.”

“What I like about watching figure skating is the fact that each athlete or performer has their own style, so rather than other sports where each athlete has to perfect a particular skill and a lot of athletes are doing the same stuff,” Teola said. “I think what’s interesting about figure skating is that it’s not just athletic, there’s also an artistic component.”

Figure skating has been a big topic of the Olympics, as has been the story of three U.S.-born athletes—figure skaters Nathan Chen and Zhu Yi, as well as freestyle skier Eileen Gu.

Team USA’s Chen won a gold medal and while he’s heralded in America for his efforts, he has been called a traitor on Chinese social media. A student at Yale University, he is an inspiration to the Asian-American community and young people. Tanaka expressed the importance of seeing representation in this year’s Winter games.

“I think it’s a really powerful thing,” Tanaka said. “Nathan Chen—he’s our age and it’s super impressive that he’s in the Olympics. I really admire his athleticism and sportsmanship. It basically shows that we’re not limited to what we think and can do anything that we want to. I’m just so impressed with him. Honestly, he’s a really good role model.”

Zhu was born in the U.S., but opted to compete for China. She has been heavily criticized for her performance after failing twice during her routine. Teola said that in his media systems class he learned about the Chinese website Weibo, in which Zhu has been shunned as a national disappointment.

Meanwhile, San Francisco-born Eileen Gu has become the national pride of China after winning gold in the women’s freestyle skiing big air event and silver in freeski slopestyle. Gu has been put in a precarious position in the tension between the U.S. and China, leaving many Americans unhappy with her success representing China.

Also on Olympic ice, Russian Olympic Committee’s 15-year-old figure skater Kamila Valieva made history as the first woman ever to land a quad jump at the Olympics —helping her team win the gold medal in the figure skating team competition. Shortly after, news broke that Valieva had tested positive for a banned substance weeks before the Beijing Olympics.

It was recently announced that Valieva will be allowed to compete in the individual events, but if she places in the top three in any event, neither she nor her competitors will receive medals or the traditional flower ceremony. Her team will also not receive medals for their first place finish in the team event.

While the games have had faltering moments and primarily function as a political and athletic battleground, Seattle U students see the games as a hopeful occasion of global unity.

“It’s an athletic competition, but I like to consider it sort of a union of a bunch of different countries,” Teola said. “I think that’s really awesome—because there’s so much conflict—to know that countries are uniting and there’s so many moments of athletes from different countries communicating together … I know that other people really politicize the Olympics and like to put countries against each other and see which country is going to win and have the most medals, but that’s not what I focus on.”

Tanaka shares a similar sentiment, urging that the games should be a time to come together.

A midpoint evaluation of the Winter games sees triumph and chaos at once. At Seattle U, it’s a call for unity. Catch the Winter Olympics now through the closing ceremony Feb. 20.