The Feminist Library: An Interview with Author Darcy Lockman 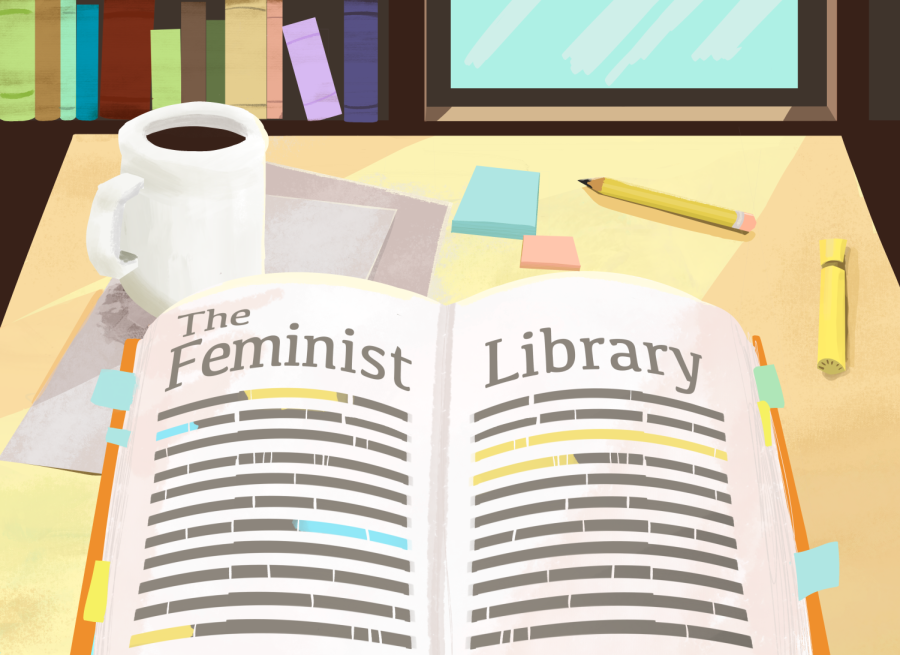 When gender norms are deeply intertwined in culture, doing the same amount of work in parenting is challenging. The book “All The Rage: Mothers, Fathers and the Myth of Equal Partnership” focused on this topical subject. The author, Darcy Lockman, is a clinical psychologist and journalist and also wrote “Brooklyn Zoo: The Education of a Psychotherapist.”

KHM: How did your background as a journalist inform this book?

DL: The reason I got involved with journalism was because I get really curious about things. As I was having this experience of parenting with my husband, and noticing that my friends were having the same gendered experience of everything falling to the mother, at least in heterosexual relationships, I thought, “what is up with this? We’re all pretty progressive.” It was 2016, and everyone kind of had the same question of “what is going on here,” so I thought I would really dig into that question as a journalist to satisfy my own curiosity as much as anything.

KHM: When you originally started your project, you planned to interview 100 women.Why did you choose to stop at 50?

DL: I set out to interview 100 because Betty Friedan interviewed 100 for the “Feminine Mystique”. In talking to women, I realized everyone said exactly the same thing. At a certain point, I didn’t need to interview 50 more women.

KHM: A big theme in this book is the gap between feminist rhetoric and actual actions. Could you tell me a little bit about why that happens?

What men and women in heterosexual child-rearing relationships seem to fall back on are old gender norms that most people wouldn’t endorse. If you had asked my husband and I before we had kids “should everything fall on the mother?” We would have said, “who would even ask that question? That’s the dumbest thing we’ve ever heard.” But yet, that’s the way we were living. I never thought about the ways that sexism had impacted me until I found myself raising children with a man. Once I started thinking about it, I saw how sexist I was. We were doing it together, we were both being sexist in our relationship. Neither of us grew up in particularly conservative families. I had the most involved father I knew. Still, mothers doing everything was the norm.

We would never at this point endorse the idea of the father as breadwinner, mother as caretaker. It’s done as a couple, it’s a dynamic that is co-created.

KHM: One of the chapters that I really enjoyed talked about mnemonic work. I would love to hear a bit about its significance.

DL: Before you have kids, you have no idea what goes into caring for them—you just can’t. In addition to changing diapers, one has to think about buying diapers, what’s in the fridge to be eaten, summer childcare, spring break childcare and think about saving hand-me-downs if there’s going to be another kid. All of these kinds of things have to be a mental list in your head, and the mental list grows exponentially once there are kids. I’m sure you have that list now: you have to go to class, you have papers due, you have to get groceries and clean your bathroom. Imagine if you were also taking care of two people who were totally incapable of doing anything for themselves: children.

Because of sexism and patriarchy, moms end up taking it on, and dads don’t even know. Being “the one who knows” ends up becoming a really clear and unequal burden to the mother. The father doesn’t know what he doesn’t know. It’s a very hard thing to talk to your partner about, especially because men and women will often fight about these things. When people get defensive, it can be really hard to have a good discussion.

KHM: You talk about how men are uncomfortable with the label of “father.” What needs to happen to create a more egalitarian masculinity that allows them to be comfortable?

DL: You have to be pretty self-reflective and non-defensive to say, “if my partner is upset, maybe I’m falling short and I want to understand why.” I think individually, men need to be able to examine their own privilege without being defensive about it because it’s not their fault. It’s not anybody’s fault.

On a mass cultural level, we don’t have good family leave policies in this country. In countries where they have paid parental leave, they have found that fathers who spend time taking solo care of the kid learn how to take care of their child. To develop that competency through doing, and without another person there to rely on, the men [who take paid parental leave] are statistically more involved in later care work for kids. They’ve done follow-up research and five years later, the ratio of mom’s to dad’s hours of childcare work is smaller. Lasting time in solo care really seems to have a big impact.

KHM: Your book was published in 2019, and a lot of things have changed since then. How has COVID-19 changed or exacerbated some of the issues you covered?

DL: One thing that social science researchers found during the pandemic was, when there were fathers who were working from home and mothers who had to leave the house for work, the [childcare] gap between mothers and fathers narrowed, just as solo paternity leave does. That was the one silver lining. As there are more fathers working from home and running the show while the mothers are out at the office, more kids are going to grow up seeing dad in charge, which will lead to cultural change over time.

In the short term, moms were taking on more of the [work], and there was much more to do. There was still a big gap in what women and men were doing at home.

DL: I think that the best way to have choices is to be well-informed. If I had gone into parenting knowing what I know now, I would’ve done things a lot differently and it would’ve made a real difference in my life. It’s thrilling to me that younger people would read this and be armed with it.

I think a little knowledge can go a long way. Everyone thinks—especially your generation because things change and we get more progressive—“that’s not going to be me.” The research on millennials showed that they were doing no better. I think these gender norms are way more entrenched than people might think.