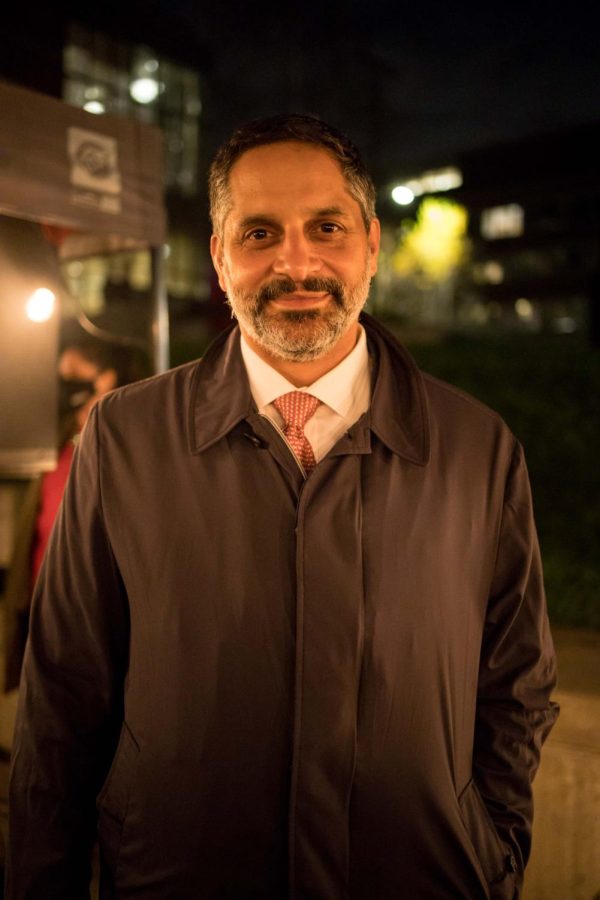 This spring, Seattle University President Eduardo Peñalver will go on tour to promote and engage with members of the university community in several locations across the country, including the Bay Area, Los Angeles, Honolulu, Portland and Washington, D.C..

The tour, “Meet 22 in ’22,” will be the first cross-section alumni outreach, recruiting and welcome event, combining efforts from the Admissions Office, Career Engagement, Athletics’ Office, the Office of the Provost and the Office of the President.

Peñalver views this tour as an opportunity to engage outside the Seattle area. He detailed some of his expectations for the tour, with a strong emphasis on alumni engagement and how that reflects Seattle U’s commitment to foster relationships beyond a student’s time on campus.

“While we have become better at engaging people online during COVID-19, there is no substitute for in-person events to help create and reinforce community. When you become a Seattle U student, you are entering into a lifelong relationship. Relationships only endure when they are reciprocal,” Peñalver wrote to The Spectator.

The tour will be a time to hear from current students about life on campus, connect with graduates and hear an introductory speech from Peñalver.

Assistant Vice President for Alumni Engagement Ellen Whitlock Baker is one of the lead staff members planning the tour. She shared a deeper look at what the event will look like, asserting that it’s all about “telling the story of Seattle U.”

“We’re going to have what we’re calling an ‘Anchor event’ in each area,” Whitlock Baker said. “That event will be for prospective students and their families, current families of students, alumni, donors, friends, college counselors—all of the people that have interest in Seattle U. We’re really trying to feature a conversation in each area between a group of people who are from the Seattle U community who have great stories to tell, and Eduardo will guide that conversation.”

Along with the anchor event, which will feature different pairings of Seattle U members, Whitlock Baker explained that there will be alumni or admitted students receptions during the multi-day stops in each location.

Associate Provost and Dean of Admissions James Miller spoke about the prospect of going on tour, citing that the “synergy” of all the respective offices is a chance to share a better look at Seattle U and the community. While Admissions is always planning for recruitment, he noted that this particular tour is designed for admitted students for fall 2022.

“This is a great opportunity for us to connect with our admitted students, which is something we were always doing, but what I’m excited about is that we’re doing it in a more authentic way to Seattle U. We are really looking at our admitted students and alumni communities as connected to one another,” Miller said.

Miller relayed that the tour will also provide admitted students with information about the “strategic directions and revitalization of the curriculum” occurring this year. In addition, the tour is expected to include key recruiters and representatives from companies that hire Seattle U grads to hear why they’re recruited and what makes them special.

Both Whitlock Baker and Miller have commended Peñalver’s leadership surrounding the tour and expressed their excitement for the community to meet him. As the tour grows closer, Peñalver stated that he will be using this trip as a learning opportunity.

“One of the most important goals for my first year is learning as much as I can about Seattle U,” Peñalver wrote. “I’m looking forward to meeting Seattle U graduates from a wide range of academic programs and graduating classes. In addition, each local alumni community has its own distinctive personality. Getting out on the road and meeting members of these different alumni communities in different places is another way for me to get to know the Seattle U family.”

“Our alumni play such an important role as ambassadors and supporters of Seattle U,” Martin wrote to The Spectator. “These regional gatherings offer an opportunity for alums to learn about the current Strategic Directions of the university, and in this case, to meet the new president of Seattle U. We want to bring our alumni closer to the university, learn what we can do for them as members of our alumni community, and look for ways that alumni can mentor and support our current students.”

While this tour focuses on out-of-state students, there will be stops within Washington state later this year. There are also plans in the works for an international tour next year. “Meet 22 in ’22” starts in the Bay Area March 15. All members of the Seattle U community in the touring areas are invited to attend.