Clubs Are Making A COVID Comeback 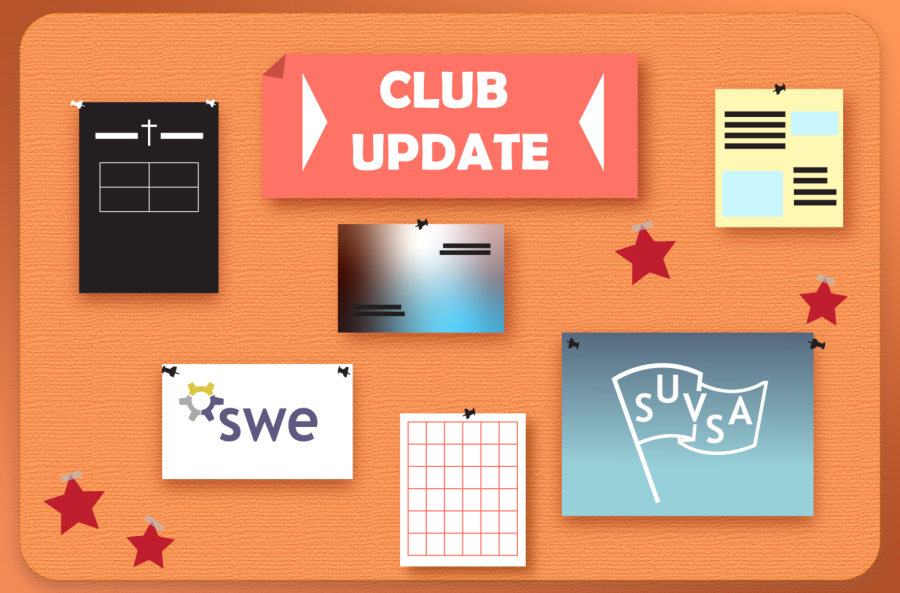 Clubs and student-led organizations are responsible for a large part of student and community development in college. Clubs play a large role in helping people make friends with shared interests, discover new hobbies and diversify their resume in ways that coursework doesn’t always allow.

The COVID-19 pandemic limited possibilities for gathering and forced many clubs online, while some suspended meeting all together. Current safety guidelines allow the campus to move back to in-person instruction, so clubs are rethinking their formats for the rest of the year and planning accordingly.

First-year Nursing student Nicholas Uyeki always had a passion for anime and wanted to share that with the Seattle University community. He was surprised that there wasn’t an anime club, so he started a new group that will soon return to in-person meetings.

“We got permission from one of the social services that we use to watch anime to legally allow us to stream their stuff during our meetings, which I’m very grateful for,” Uyeki said. “We have some additional activities planned in the future such as outings, inviting panelists or guests to come in and do presentations on not only anime, but maybe its history or culture.”

The cultural component was another thing that inspired Uyeki to bring the anime club back.

“I’m Japanese American so I grew up with anime. I’ve always been really fascinated by it. Anime seems limited to Japan nowadays, but animation itself has blown up all around the international scene,” Uyeki said. “I wanted to create Anime Club because, as a freshman, I was very nervous socially and I knew there were probably other people who liked anime, but I didn’t know how to connect with them.”

Third-year Computer Science major Ali Nguyen is an officer of both the Vietnamese Student Association (VSA) and the Society of Women Engineers. Both clubs have been online for the past month, but VSA returned to campus last week. She explained some of the difficulties the pandemic posed because in the past, casual social interaction was a big part of meetings.

“As an officer for both [clubs], it’s been pretty hard both online and in person … I’d like to get to a place where I can make connections with officers and club members the same as how it was pre-pandemic, but I would say that has been a little challenging given that it’s less time spent with each other. With everything else being online, it’s very exhausting, so when there’s a meeting, we try to make it pretty short and quick because of Zoom exhaustion,” Nguyen said.

She spoke about the ways her membership in these groups has enabled her to explore her identity.

“I grew up in spaces where I didn’t really have the avenue to explore my culture. Being in very white spaces, I wasn’t able to explore and accept that part of me. For VSA, coming to Seattle U and finding this club is a rediscovery of myself. A lot of the projects I’m doing in the club I hold very dearly to my heart, and that’s why I’m still part of the club and an officer,” Nguyen said.

She also noted that the Society of Women Engineers advocates for all underrepresented genders through the lens of STEM, not strictly women.

“My passions for advocating and making voices heard for those underrepresented genders is, again, something I hold very dearly to me, so that drives my work and my efforts in both of my clubs,” Ngyuen said. “I want to represent those personal things in being an officer.”

Pre-pandemic, the fashion club was a popular, highly attended group that would develop impressive zines and fashion shows at the end of every school year. Since the majority of the club’s leadership graduated in 2020 and 2021, a restructuring has left the board looking at a fresh start.

Fourth-year Psychology major Alice Maruyama noted that even though she is the president on paper, her fellow board members have helped her take over the club this year. Their last meeting had approximately 50 people.

“We were worried that if no one took over this year, then no one would ever restart the club. Because of COVID-19, we have chosen to be a little less focused on the photo shoots and the zine and the fashion show,” Maruyama said. “These are all things we would still like to do, but given the COVID-19 situation, we haven’t had a lot of concrete action. We’ve shifted to maintaining the club as a community for students to meet each other and talk about their passion, and to enjoy fashion.”

While students feel that the pre-COVID-19 fashion club atmosphere may have been intimidating, the new goal is to create a comfortable space that fosters conversation and community.

“Personally, fashion club, when I was a freshman and even a sophomore, was pretty stressful to be a part of. It was intimidating to be in a space where you’re interacting with upperclassmen that you admire. My main concern for the club is keeping it a friendly environment and makingit a place where people feel like they can step out of their comfort zone and make new friends,” Maruyama said.

While it is clear that all students have faced hardships due to the pandemic, one of the main components of finding a community on campus, or virtually, is student organizations. Most clubs use ConnectSU to advertise their meetings and events, so checking there is a great way to discover and join an organization.