A Crash Course in Dating During the Pandemic 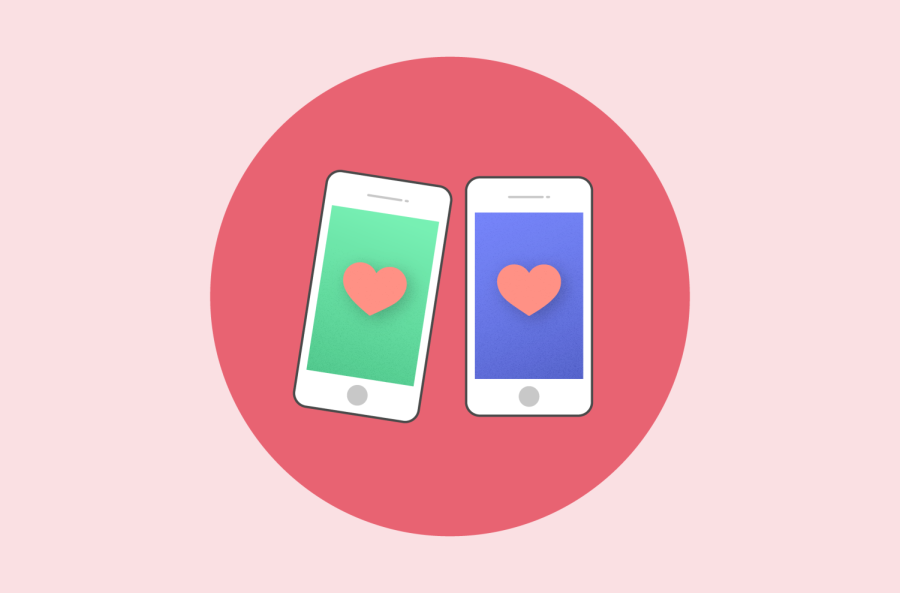 Dating is already an inherently awkward and daunting process for young people. In college, where most individuals are in their late teens or early 20s, dating provides crucial formative experiences in self-discovery. The COVID-19 pandemic has made navigating the dating minefield and creating human connections even more challenging for current collegians.

At Seattle University, students have shared both love and horror stories that they’ve experienced while attempting to navigate the social scene of meeting through apps or planning socially distanced dates.

As a result of being trapped in quarantine and social distancing, human interaction has been limited. People have turned to online interactions using apps such as Tinder, Bumble and Hinge as a way to meet others.

“It was really hard,” Trapizona said. “You don’t know these people. I don’t know where they’ve been. I would have to ask people, ‘Are you vaccinated?’ and, do you go out every night? I can just add them or block them and they don’t know where I’m from. The other thing is that because things were closed, there was no way you could meet people. Dating apps have become even more popular because of that.”

Third-year Criminal Justice and Spanish major Danielle Miller explained how she met her boyfriend during the onset of the pandemic and how they adjusted to be safe meeting in person.

“I met my current boyfriend on Tinder in January of 2020, right before the pandemic,” Miller wrote in a statement to The Spectator. “I was very wary about meeting at first, but he was super patient and sat 6 ft. away from me to have lunch outside. We have just celebrated our two year anniversary and couldn’t be happier!”

Another way people have formed new connections is through Instagram. Third-year Kinesiology major Srinidhi Nandui recalled how a chat about a mutual love of Taylor Swift through the social media platform led to a new relationship.

“After writing a confession on the Seattle U Confessions page two months prior, I decided to shoot my shot and DM the person,” Nanduri said. “We started talking about Taylor Swift and about her Easter eggs. We FaceTimed every day because that was the only kind of exposure we could get.”

Along with texting and FaceTiming, the two write letters to each other. Nanduri notes that the pair has only met in person nine times since the start of their relationship.

While some are finding love stories, others have found dating online to be a less-than-desirable experience. Most students noted that when dating online, they avoid fellow Seattle U students to avoid awkward encounters. The inability to make natural connections has caused frustration, especially for first-year students.

“Dating right now is awful,” one first-year student said. “It truly is awful. I don’t get the chance to talk to anyone. I barely get to see people on campus.”

A large factor in dating concerns seems to be safety, and the threat of COVID-19 has made that even greater.

“Dating online, I personally fear for my safety because I’m going to meet this stranger and now I fear for my life in a whole new way because of the pandemic happening,” the first-year student said. “Then people are weird and don’t want to be vaccinated or wear masks properly and that’s a whole thing, and you’ve been inside for so long that your confidence is low. You’re super sad. Dating apps are more aimed at hookup culture than a relationship. It’s all a whole lot.”

It’s been a difficult time for all trying to find or hold onto relationships and it can be a lonely, isolating experience. Some explain that dating online is a last resort because of the need for attention and affection, while others exclaim that they’ve given up on finding love altogether, for now.

While it’s hard to be alone, separated from a significant other or a social life, Nanduri gave advice on how this time can still be a fruitful experience.

“I just want to say it’s okay not to meet each other in person that much because not only are you putting yourself in danger by going out during COVID-19, but it’s giving you a chance to reflect on yourself and what you want and your values—What do you want in a person?” Nanduri said. “What are your priorities and what are the things that you want to work on yourself? I’ve actually pondered more during COVID-19 than I had before. I think that’s giving me a really good idea of where I am at now. So not needing a person isn’t necessarily a bad thing.”

Trapizona asserts that dating right now, online or in person, is an ongoing process and emphasizes the management of expectation and the realization of oneself.

“You just have to be patient,” Trapizona said. “Nothing’s going to happen right away and if it does, that’s awesome … I think people have such a stigma around dating apps, but right now this is kind of the only way that we can talk to people in a comfortable way. So I think that you just have to be patient and find what works for you—don’t let other people’s opinions reflect what you’re feeling.”

The pandemic has left Seattle U students in many different places when it comes to dating. For some, it has interrupted the meeting of new people, with pandemic fears stopping interaction. Others have found ways to safely create a love story.