NFL On Thanksgiving: A Tradition 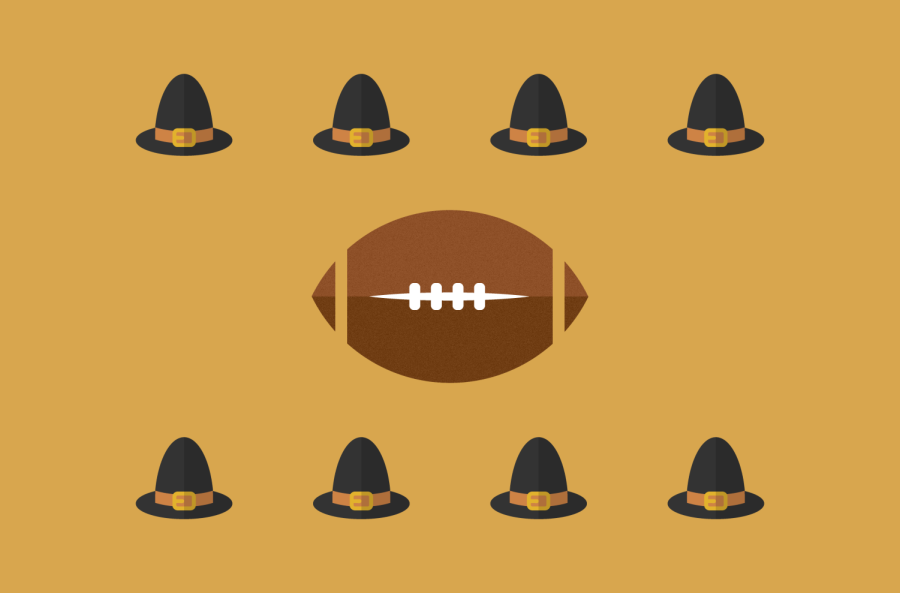 Thanksgiving Day and NFL football are nearly inseparable. Since 1934, the Detroit Lions have played at home on Thanksgiving almost every year, with a notable exception during World War II. The annual tradition expanded to include America’s team, the Dallas Cowboys, in 1966. It was in 2006 that the NFL decided to add a third evening game to the Thanksgiving mix, played by no specific team.

For avid Cowboys fan and second-year economics major at Seattle University, Antonio Woo, Thanksgiving football has been a tradition his entire life.

“I’ve been watching Thanksgiving Day football for about 13 years and counting. My dad has been a Cowboys fan since he was five years old, so when I was born, I was put in Cowboys gear right away,” Woo said.

This Thanksgiving, the Cowboys faced off against the Las Vegas Raiders in a back-and-forth game. After starting the season hot, the Cowboys lost the game 33-36, marking their third straight loss.

In the familial spirit of Thanksgiving, Woo was able to watch his team hand the game away alongside his family.

“I was watching the game with my uncle, who is a Raiders fan,” Woo said.

Thanksgiving talks discussing politics with one’s extended family isn’t the only thing to be wary of. For football fans, Thanksgiving games can bring relatives together while also creating some lighthearted tension between family and friends.

Cowboys and Lions fans are not the only people with NFL football as a Thanksgiving Day tradition. Isiah Martin Lopez, a second-year political science major at Seattle U who is an avid San Francisco 49ers fan, commented on the Thanksgiving Day games even though his favorite team wasn’t playing.

“As soon as I woke up, I started watching football. Some people eat turkey for Thanksgiving; I don’t do that, I watch football. Every Thanksgiving, being on the West Coast, I get games from when I wake up until I go to sleep. It’s a great tradition where people all over the world can gain something from it and build community,” Lopez said.

Ben Hafer, an accounting major at Northern Kentucky University, echoed those sentiments. Having the games on throughout the day means that everyone at the party is able to, or subject to, watch.

“Even my mom and her sisters who don’t normally watch any football can appreciate having it on in the background because it helps bring the day together. Nobody wants to stand around or eat in complete silence,” Hafer said.

This Thanksgiving, in the two other games, the Chicago Bears beat the Detroit Lions 16-14 and the Buffalo Bills took down the New Orleans Saints 31-6.

Hafer expressed his appreciation for having NFL games with fans in attendance.

“The biggest thing that’s stood out to me this season is simply having fans back in the stands. There is a bigger difference in watching games again with the crowd roaring, as compared to the awkward silence of last year.”

While some players and coaches might have to sit out for a few games this season due to COVID-19 protocols, it is a welcomed change from last year when entire games were postponed or canceled.

This NFL season has been unpredictable and engaging. Teams expected to dominate the league, like the Kansas City Chiefs, got off to a slow start. While other teams such as the Arizona Cardinals started their campaign 7-0, a surprise for many fans.

“One of the most interesting things so far this season is that I can’t give you any clear predictions. But there is one I guess, Micah Parsons for defensive rookie of the year, and it’s not even close.” Woo said.

Even with this season’s unpredictability, the tradition of Thanksgiving football is an event that fans can rely on.

“I think NFL football is the sport most closely associated with the holiday of Thanksgiving,” Hafer said. “Even before the games start, families can go out and play football together. There has been a culture built around Thanksgiving Day football, which has made it an inseparable part of the holiday.”

When next year’s Thanksgiving Day comes around, avid viewers and those thankful for the background noise can rest assured knowing that there will be a continued tradition in NFL football.