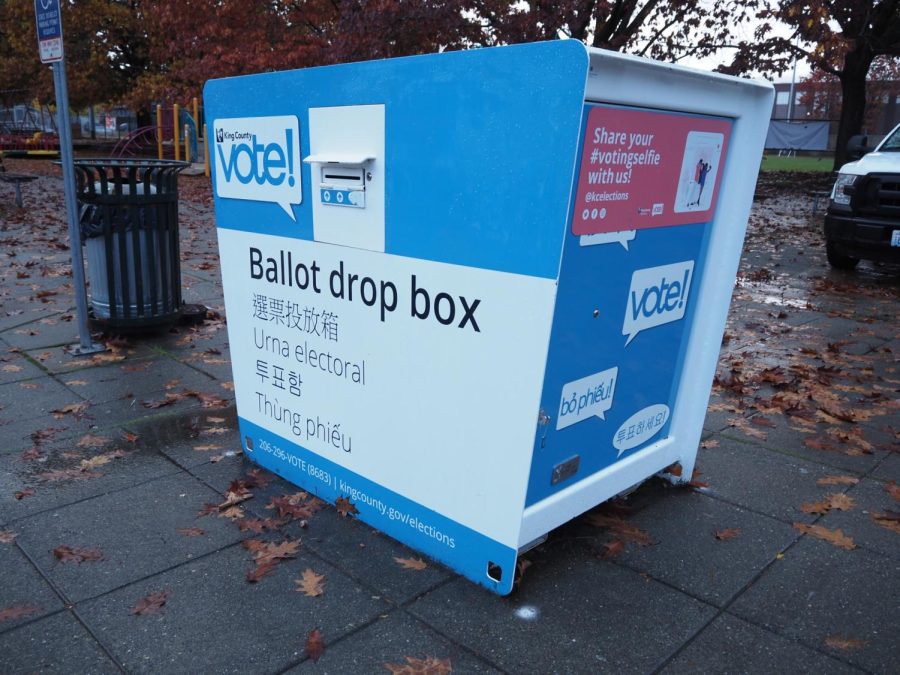 Since the height of the COVID-19 pandemic in 2020, Seattle city resources have been stretched thin, and crime rates and homelessness have skyrocketed as a result of economic inequality. The Seattle Mayoral Elections occurred on Nov. 2. Democratic candidate Bruce Harrell emerged with a victory over fellow Democrat Lorena Gonzalez. Both proposed vastly different approaches to issues that Seattle residents are increasingly concerned with.

Patrick Schoettmer, a political science professor at Seattle University, shared what he thinks students should know when they vote in local elections.

“Obviously, they need to know their values … it’s really about sitting down, doing your homework and figuring out which candidate aligns with you more closely. The main things I would be thinking about are twofold—first off, what are the issues you’ve been seeing off campus, and how has the city’s response to those issues sat with you?” Schoettmer said.

Lorena Gonzalez, the more progressive of the two democrats, promised to address issues like homelessness and police brutality.

She proposed a combination of rent control, repurposing a portion of the police budget towards mental health services, higher corporate taxes and a change to Seattle’s zoning laws to allow duplexes, triplexes and other lower cost homes to be built in neighborhoods that have previously only been zoned for single family housing.

Bruce Harrell, the more moderate candidate, built his campaign on arguing for solving homelessness and police brutality through reformation of these systems rather than reallocating the Seattle Police Department’s (SPD) funds altogether. Harrell has stated that he will not cut the SPD’s budget, but rather advocate for a non-law enforcement crisis response team to work alongside them in situations where there is a behavioral health crisis or non-violent public disruption.

The biggest difference between Gonzalez and Harrell’s policy proposals surrounds homelessness. While both candidates acknowledged that homelessness is a failure of the government as well as a humanitarian crisis, Harrell advocated for the removal of encampments from public spaces if housing is offered and refused. Given his 65% vote share, this approach was deemed more appropriate by the majority of Seattle voters. Gonzalez criticized this approach, believing all encampment sweeps to be unethical and suggested that housing is being refused because the City of Seattle isn’t offering adequate standards of shelter.

This disagreement is at the root of one of Seattle’s most pressing issues: nearly 12,000 people are without housing in King County. Most Seattle residents  agree that the issue of homelessness is an important one, but disagree vehemently about the correct method to get people the support that they need.

Sarah Trapizona, a third-year political science student and the vice president of university affairs for Seattle University’s Student Government, shared her opinion on the differences between the candidates.

“Gonzalez and Harrell both agree on what the issues are, but have different approaches. So I think it comes down to, ‘yes, we all agree on this topic, but how are we going to decide what to do about it,’ and I think each student needs to decide that for themselves,” Trapizona said.

Amrine White, a third-year political science student at the University of Washington, shared her insight on alternate ways for students to get involved in local elections.

“Even though voting is an important aspect of local politics, there’s still a ton that out-of-state students can do to help out, like attending city council meetings, volunteering or serving as a poll worker,” White said.

In the wake of COVID-19, one thing is clear: as students one way to have our voices heard and enact change in our city is by voting. While this voting season has ended, on Seattle U’s campus we hold annual SGSU elections.

For future reference, you can register online and have the option to have your ballot mailed to you. Though, if you are an out-of-state student and not an official resident of Washington, you won’t be able to vote in our local elections but can look up voter registration in your state of residence.