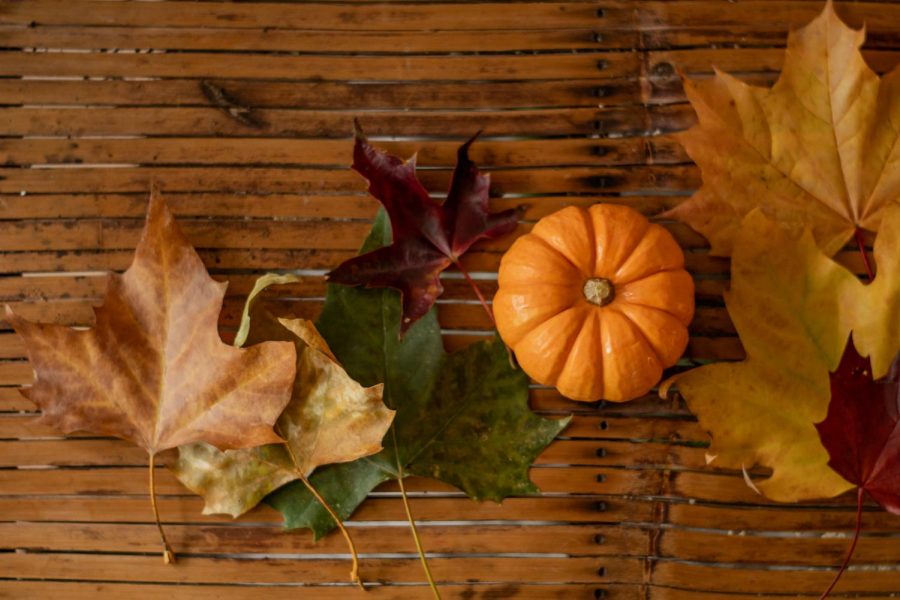 Halloween is around the corner, and with only a few more days to go, streaming sites are in high demand due to the abundance of movies associated with the spooky season. After two straight unconventional halloween seasons, students are excited to get back into the spooky spirit.

Netflix, Hulu and Amazon Prime have gifted us with hours of horror movies. Choices vary from classic to modern horror films; take your pick.

There was a lot to be anxious about a year ago. The holidays hit a little differently amid the pandemic. Students may have felt fear and confusion in their daily lives amid political unrest and a public health crisis. Perhaps the feeling of paranoia featured in horror films felt too redundant for viewers last year.

Yet, there is this strong relationship between the month of October and horror films. It feels like an entire season of spookiness in the cold days of autumn, just before the terror of Halloween takes over.

When asked about the relationship between horror films and Halloween specifically, Benjamin Schultz-Figueroa, assistant professor of film studies, spoke on the history of horror films and the month of October.

“There’s this kind of mood that occurs in October when people are looking at these kinds of creepy horrifying films,” Schultz-Figueroa said. “It’s really there from right at the beginning of the film. You have a kind of fascination with what horrifying things a film can do. Throughout the history of cinema, there have been different movements with horror. You have the Universal horror films such as Frankenstein, The Werewolf, and Dracula. These kinds of major characters who emerge in the Universal films are from the 1930s and 1940s.”

For Schultz-Figueroa, horror films are more than just gruesome images. Horror can cross boundaries and has become its own culture.

“Part of it is about fan culture. It’s a genre, and horror has this dedication to fan culture. We go watch it, almost not for the plot anymore, but to see how this director is going to do it this time. We know what’s going to happen, the structure of the story, but we want to see the set pieces and how they’re done,” Schultz-Figueroa said.

Horror has always been in dialogue with the evolution of film.  Fascination with visceral images fuel the atmosphere of the Halloween season.

Although horror films are not for everyone, there is an overall understanding of the thrill behind the emotions evoked by them. They mirror our fears and anxieties in exaggerated, overwhelming and distorted delivery through entertainment cinema.

For Sauve, there are other versions of Halloween movies that incite a cozier kind of fear.

“Hocus Pocus with the three little witches where the person turns into a cat or whatnot. That one was scary, but I would watch it occasionally on Halloween,” Sauve said.

Halloween was inspired by what was known as All Hallows Eve—based mostly on Celtic religious traditions. During the middle ages, it was said that death and spirits freely roamed the corners of the world during the month of October.

For those reasons, Halloween has the spooky, ghostly atmosphere known today. This compelling connection with horror films makes it spookier and more fascinating.

“I definitely like stuff like ‘Nightmare on Elm Street’ and Michael Myers films rather than the creepy or possessed films,” Reynolds said. “I feel like those movies are more fun for Halloween, especially if you’re hanging out with friends, you can be scared and laugh at the same time together.”

Reynolds feels there are great selections for Halloween films that are scary and funny, which are perfect for the Halloween season.

“Maybe it’s the adrenaline rush from it. In some way fun and maybe addicting and exciting to talk about,” Reynolds said.

Lindsey Schuler, another fourth-year psychology major, commented on the effect of sinister cinema upon audiences.

“I think some people like getting scared, and the thrill of it is a big part of it,” Schuler said.

Today, what keeps horror at the forefront of cinema is its ability to evolve and keep its audience in suspense by using special effects of film and sound.

“The eerie music,” Schuler said. “I don’t really like scary movies, honestly, but the ones that I have watched are mainly the Halloween movies with Michael Myers.”

However, horror can also serve as a way to process emotions, bringing comfort or consolation in a time of distress. In a state of great disturbance, horror films are usually delivered in a two-hour movie with a conclusive ending. For many, it is a relief for those who live in their own daily horror story.

Since the beginning of the COVID-19 pandemic in the United States., audiences have returned to films like “Contagion,” which began trending over a decade after it’s 2011 release in the early months of the pandemic.

While some would rather indulge in escapist cinema that does not address contemporary struggles, horror has often served as an outlet for filmmakers and audiences to make sense of difficult times.

The 1978 remake “Invasion of the Body Snatchers” was a take on the fear of communism spreading through the American public. Ironically, in the same year “Dawn of the Dead” used horror to condemn American consumerism. In a similar politically polarized time, it is likely that filmmakers will use their medium to share their thoughts on the impact of the pandemic upon citizens.

In an era of staring into laptops or taking classes while unable to see the expressions of professors and students, horror films also serve as an outlet to experience heightened emotions.

Mitchell Soohoo, a fourth-year mechanical engineering major, weighed in on the thrill of horror and Halloween.

It seems impossible to come across streaming sites without any Halloween-related films. On Hulu’s home page, there are two categories of Halloween genres. The two types to pick from are “Huluween Thrills & Chills” and “Huluween Screams.”

Halloween horror movies do not only consist of gruesome and horrid films. Some students prefer family Halloween films to their more intense alternatives.

Georgia Kehoe, a fourth-year strategic communications major, emphasized her dislike for scary films but did note other fantasy films in the spirit of Halloween.

“I used to watch Twitches with my sister. That was my favorite,” Kahoe said.

Since the emergence of accessible film and television, families have made watching Halloween movies a tradition. They never run out of style. For example, “Hocus Pocus,” “The Addams Family,” “Halloween Town,” “Beetlejuice,”are among other great Halloween classics.

These classic Halloween films have brought fear, suspense and anticipation at their level of horror. They are  kids and family-friendly with a pinch of spookiness. In a difficult year for many, some adults will also choose this light-hearted fare.

As Halloween approaches, many of us who have outgrown trick-or-treating will instead watch horror films because in keeping with family traditions during Halloween season. With all the access to the thrill of horror via streaming sites and the psychological feeling it creates; it is surprisingly fun to get together and get scared. It is worth watching a new release or revisiting an old favorite this Oct. 31, and enjoying the chills and thrills of horror films this Halloween.