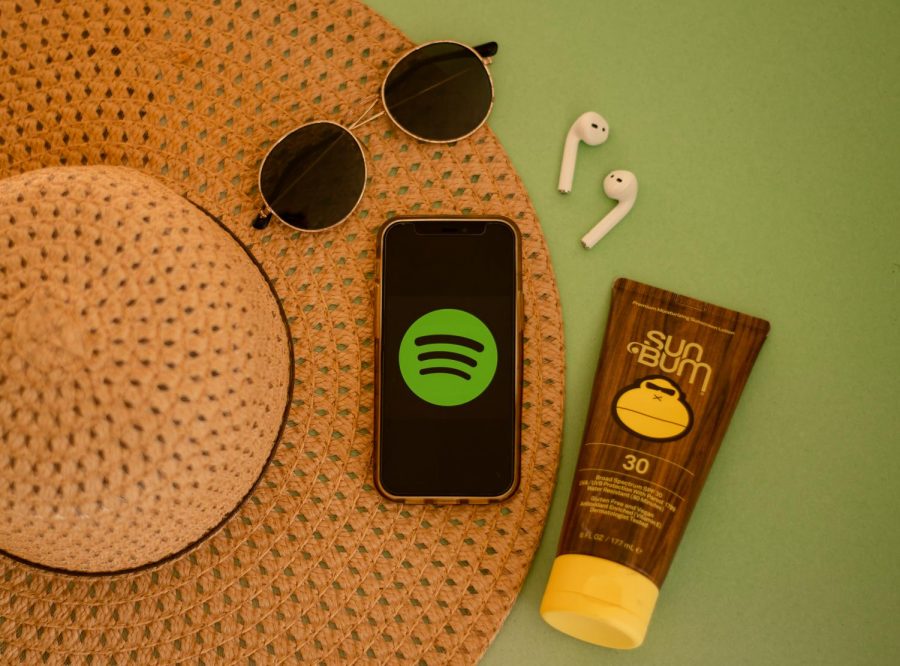 It’s time to crank up the volume, celebrate the end of the school year and start off the summer with some great music! Whether you are chilling to relaxing tunes at the beach or head-banging at a raging summer party, there are so many great songs to choose from to build a great playlist for the season. Here are some of the top summer playlist suggestions from students at Seattle University.

“Summer is a time to be outdoors and hopefully, hanging out with friends! Music just makes that experience better whether it’s a new song from Porsh Bet$ or a nostalgic return to disco, funk/soul or anything else,” Scott said. “What makes my summer playlists stand out from the others is their ability to evoke vibrant memories and feelings. What I look for in my summer playlists is to feel energized to get out of the house and enjoy the bright sunny days!”

“My taste in music doesn’t change too often, regardless of season,” Santiago said. “A big thing is during the summer time, everyone’s having fun, school is out and well, I’d like the music I listen to reflect that vibe. Music’s been a big part of me, and it makes up a big part of my identity and well, it’s been the thing that gets me through the hard times.”

“In the summer I like to listen to vibey music that reflects the carefree sunny days of summer! Anything that matches my happy chill mood,” Cowal said. “Music is my way of expressing myself. It’s a creative outlet, it’s therapeutic, it’s fun, it’s definitely a necessity for me. I love the way that music takes you to a specific time, place, feeling. It’s a form of honesty, vulnerability and connectedness.”

“I think during summer my music choices get a little more refined because I have more time to sit and listen to music or to listen while being active. Music to me is an art—playing music myself and with other people is one of my favorite things to do,” Twigg-Smith said. “I’m working with a project called Tourists on Earth and we’ve been together for about three years now! I play bass and piano for us. We’re all self-produced.”

“Music is a form of creative expression that artists share with others in hopes to enjoy, convey meaning, and inspire,” Hanano said. “Every lyric and every note has meaning, and the more you explore different genres, different artists, you open yourself up to learning about yourself and about others, and the world you live in.”

“Summer is a great time for discovering new music because I have so much more free time to sit and listen,” Franco said. “These songs are a combination of old and recent favorites for lounging on some grass in the sun. It’s a mix of active and more laid back songs, but they’re all pretty cheerful. Digable Planets, their album Blowout Comb particularly, are always in rotation when the sun’s out.”

“My playlist embodies all the different moods I express and experience. Music reminds me of different times in my life so my taste in music inevitably changes based on where I am at that point of time,” Uechi said. “I love a variety of genres. I enjoy how moody pop ballads can get but also how funky pop rock can be with some extra bass and brass instruments. I also like the nostalgic feeling I get from dance/electronic music… I am also drawn towards alternative/indie music because of its high energy, which reminds me of the summertime.”

“Summer time music for me has to be more upbeat after the cold and sunless other seasons in Seattle. It’s a great time to find new favorites and take advantage of getting to play your music for others more,” Shrock said. “It’s about celebrating what you’ve learned and the difficulties you’ve overcome and how that’s changed you. I find that I often go to playlists that have things like 90s hip-hop and alternative pop that have colorful lyricism and rhythms just because it brings out the best in everyone!”

“I like listening to upbeat songs during the summer since it’s when the sun is out and it’s just an overall very happy time,” Vo said. “I look forward to new songs since I listen to a fair amount of K-pop and they have the best summer vibes songs so I really enjoy their summer era music. I can’t wait for this summer to come!”

“I listen to music because I’m a musician and I like delving deeper into the artistry and creativity of musicians,” Juanich said. “The construction of the songs with the lyrics, beat, melody can resonate with me on a deeper level where I can reflect and pinpoint a memory with each song I listen to.”

Clinton Hill – Kota the Friend
More Than Love – Los Lonely Boys
Missed Connection – The Head And The Heart
Summer Soft – Stevie Wonder
I Like It – DeBarge
You’re Not the Only One – Third World, Damian Marley

“I love to listen to upbeat music or songs that make me feel confident about myself. I enjoy music in the summertime because I usually go to the beach where it’s nice to just relax and listen to good music,” Viloria said. “The weather or my mood always affects my music taste. Music is special to me because it’s a form of expression. Sometimes I feel alone and like no one understands, so it’s nice to hear songs that can perfectly encapsulate what I’m feeling.”

“I like having music on while I do a bunch of things, from waking up in the morning to commuting,” Park said. “The song list I’ve shared is an example from a playlist called ‘songs i like for now,’ which is exactly what it sounds like. Sometimes, you just wanna hear your favorite songs over and over again. And after you get sick of them, a few months later, you’re back at it again! Oops. Or maybe not, depends on my mood!”

“I enjoy listening to music during the summer because it’s relaxing and I usually have more time to really listen more deeply to albums and find new music and artists,” Onofiok said. “I actually don’t have a summer playlist, I just listen to whatever I feel like in the moment. My music taste is pretty broad so I don’t think it really changes much and I feel like I’m always finding new artists and songs to listen to. Music is so important to me—it just feels very essential to life.”

“Music is something I’ve relied on since I was super young. My grandma and dad are both very musical so their influence has made it one of the most foundational aspects of my life,” Thomas said. “Whenever I’m upset or stressed, picking up my guitar and singing something or writing something or even just listening to my favorite songs is the best way for me to relax and destress. It’s played a huge role in my life and many of my happiest memories involve music.”

Butter – BTS
good 4 u – Olivia Rodrigo
Your Power – Billie Eilish
People I Don’t Like – UPSAHL
Kiss Me More – Doja Cat (feat. SZA)
nothing else i could do – ella jane

“I consider music as my getaway from the stress of school and day-to-day life. It helps me enter a moment of zen and seclusion from all the outside noise,” Au said. “My summer playlist is definitely a different vibe compared to the school year. I normally listen to lofi beats throughout the school year… while my summer list is more upbeat and ready to party. It’s a happy go lucky type of vibe.”

“I mainly listen to R&B, hip hop and EDM. My music taste doesn’t change too much by seasons, it mainly depends on the genre I’ve been really into or songs that I’ve found,” Harada said. “Music is very healing for me in a lot of different ways. It allows you to feel so many different emotions and put you in an overall good vibe!”

“I feel like summer puts me more in the mood to listen to music in general,” Stambaugh said. “My summer songs are stuff that I can picture myself playing in my car with my friends or playing in my headphones while I walk around the city! Music really sets the mood for my day depending on what I listen to.”