Should COVID-19 Vaccines Have Patent Protections? 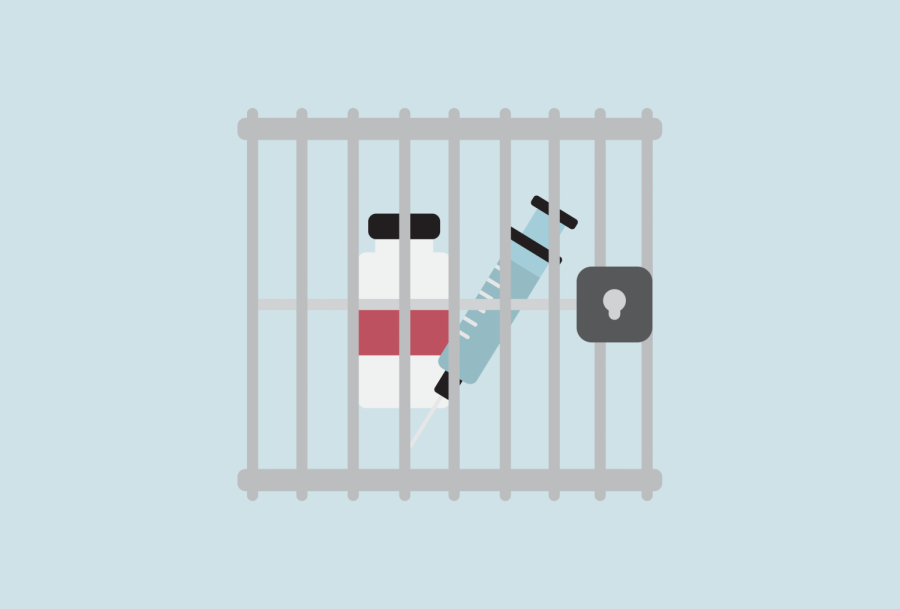 As the U.S. continues to vaccinate its population, millions of people around the world continue to contract the deadly illness due to vaccine shortages. For example India is currently facing a COVID-19 crisis, with only 3% of people fully vaccinated and over 300,000 daily cases. India and South Africa proposed a waiver for intellectual property rights on COVID-19 related instruments back in October, and more than 100 countries supported it. President Biden recently responded to those calls and decided to support waivering COVID-19 vaccine patents.

Waiving vaccine patents would allow countries to produce vaccines without the threat of fines, but there are a number of challenges involving getting a waiver passed and then increasing vaccine production. One of these problems is that every member of the World Trade Organization (WTO) would have to agree to the proposal.

If the proposal was passed, there would still be issues with vaccine production. Steve Tapia, a distinguished practitioner in residence at Seattle University School of Law, explained that patents are similar to recipes in that they are able to show a person how someone else created the object, but they do not provide the technique and raw materials to do so.

“The vaccines are an extremely complicated thing, it’s not like a chocolate chip cookie,” Tapia said. “There’s the medium that it goes in, there’s the techniques of manufacturing, there’s getting the raw materials for all this stuff, especially for the Moderna and Pfizer vaccine there’s the genetic stuff that you’ve got to be able to actually play with.”

With these challenges present, there are many courses of action that could be taken. Margaret Chon, the Donald and Lynda Horowitz professor for the pursuit of justice at the Seattle U School of Law, explained three different ways the situation could be approached.

The first is through compulsory licenses, which are given in emergencies by governments. They force companies to share the technology with other manufacturers, but they are not quick, which may be an issue with the rapid spread of COVID-19. The second is voluntary licensing, where the companies share the information on their own accord. Voluntary licensing could help share the techniques missing from the patent. The third would be a waiver, where there are no patents and any country can make it, but the issue of technique and raw materials would still be an issue.

Chon added that there has to be more mechanisms to share the trade secrets between the companies who have the vaccine technology and other companies.

“Right now, because the way those vaccines have been purchased by the American government, it’s really without regard to these other issues,” Chon said. “I think if those purchase agreements, which are contracts, could include ‘and by the way you will also additionally share your technology with multiple manufacturers both here in the U.S. and in other countries like India as a condition of us paying you millions, if not billions of dollars for your vaccines.’”

The idea of sharing that technology has sparked some controversy though. There is an argument that waiving vaccine patents does not sufficiently compensate the creators of the vaccine for the risks they take, and that the atmosphere of innovation the pharmaceutical company has created allowed the innovation that brought the COVID-19 vaccine. If given, waiving the patents will slow down medical innovation during future problems similar to COVID-19.

Caitlin Carlson, an associate professor in the department of communications, commented on the pharmaceutical industry.

“The pharmaceutical industry is unique. The fact that they are set up to make money is sometimes problema[tic]. I think we’re also seeing that because we don’t have government subsidized healthcare, we have a private healthcare industry, that they are motivated by the ability to make money,” Carlson said. “That means coming up with drugs including this vaccine that they can bring to market that are superior to their competitors. Perhaps this is an opportunity to step back and think about ‘do we want this kind of market competition to be driving how we share scientific and medical improvements globally over the course of the next 100, 200 years?’”

Meenakshi Rishi, a professor of economics at Seattle U, expressed frustration with the use of business principles to argue for the imposition of intellectual property. She mentioned that vaccine contenders that did not make it were able to get funds from the government, and COVID vaccines got advanced purchase agreements.

“These protections, intellectual property is for products that are not designed for pandemics. This is a pandemic,” Rishi said.

Since there is no form of intellectual property designed for pandemics, a decision will have to be made in order to move forward. The global community will have to decide quickly because for many countries, the help can’t come soon enough.