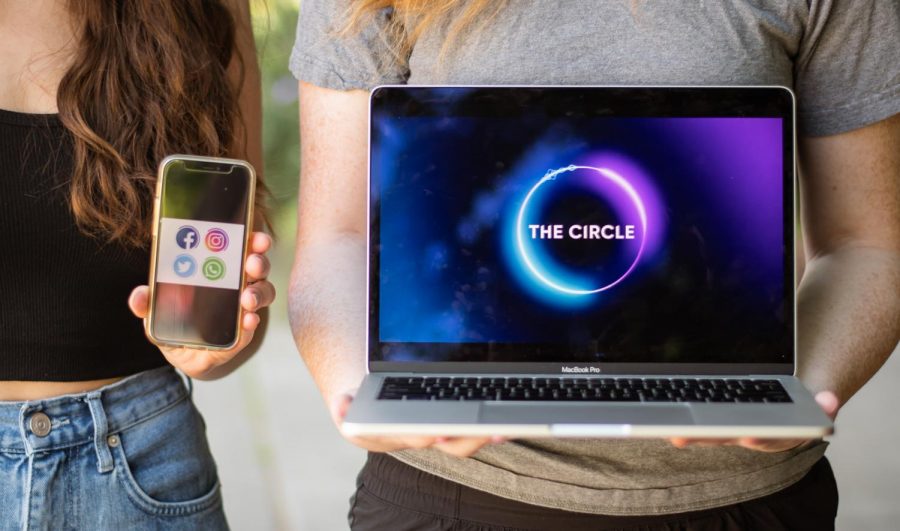 Just before the pandemic started, a virtually-formatted competitive reality show was released on Netflix. Since its release, “The Circle” has become a hit, expanding to international versions in Brazil and France. The winner of the social media game takes home $100,000.

“The Circle” allows competitors to either personify themselves accurately or to be a catfish, a falsified version of someone else, throughout the show. The two seasons available on Netflix are full of twists, adding players throughout the season when others are eliminated, and even allowing ones voted off the show to revisit remaining players face-to-face. Beyond those few face-to-face interactions, the show is conducted through cameras and screens which the contestants speak to in order to send each other messages.

Every few episodes, players rank each other, usually electing two “influencers” as the top ranked players. The influencers then decide who to block, taking into consideration relationships they’ve formed, if they are real or a catfish, and their popularity in the overall ranking. The show mostly revolves around  determining if someone is being genuine while portraying who they are through their messages by forming real relationships with each other, or just trying to win the money.

Second-year business analytics student, Jay Grant, watched “The Circle” after hearing others recommend the show. He was intrigued by the idea that very few of the interactions occur face-to-face, and how that would work in regards to the concept of the show.

“I find it interesting to see how the contestants talk to each other when they can hide behind a screen,” Grant said. “I think that the show demonstrates the impact that social media has on reality as contestants can play others and not themselves. They often have more guts to talk negatively about others as they hide behind the person they’ve created on the show.”

This social media show has covered many topics through its catfish characters. Some pretend to be another gender, while others pretend to be a different version of themself, or even a famous musician like Lance Bass, member of NSYNC, who was played by his personal assistant Lisa Delcampo on the second season.

Second-year international studies and history student, Julia James, discussed how people that play catfish roles on the show are similar to those in real life that portray different versions of themselves online. She mentioned how people tend to share only what they want people to see on social media, often impacting her perspective of people.

“Social media makes me feel like everybody around me has their life together because you only post what you want people to see,” James said. “It is super inauthentic and I want to meet people at that perfect place they are creating in real life, not just on social media. I think ‘The Circle’ amplifies this message by showing audiences the lengths that people will go to to present themselves in a perfect way and how easily they buy into that narrative.”

The latest season of “The Circle” was filled with drama between two of the competitors, Savannah Palacio and Terilisha. Second-year international studies student Maya McCabe found this storyline particularly interesting as the two competitors started by forming an alliance, only to then cause separation between all of the players as others had to pick sides between the two.

“One thing I found interesting about the new season of the circle was the way the show and people on it bought into the story of pitting women against each other and having women set as enemies rather than allies,” McCabe said. “Women should not be targeted at each other, especially with everything else in the world. We need to support each other.”

While “The Circle” is a reality show centered on drama and competition, it delves into bigger topics like feminism and stereotypes, as McCabe mentioned. The show utilizes social media in a new way that hasn’t yet been widely brought into the television world. However, given the lack of social interaction lately due to COVID-19, it seemed timely that Netflix produced the show.

After living through messages and little face-to-face contact in the real world throughout the pandemic, “The Circle” represents how people are meeting each other currently online. When thinking about how the show and social media may have future impacts, Grant sees social media growing even more.

“I think that this concept will continue to be used in reality TV shows,” Grant said. “I think social media is only going to continue to be a larger part of our lives and this show is only the beginning of this expansion.”

While some have mixed opinions about if the show is actually worth watching or not, it seems that the concept of social media in television isn’t going away. “The Circle” touches on body image, self-confidence and more by allowing people to self describe themselves however they wish.