The Divorce of Bill & Melinda Gates: What Will Happen to the Future of Philanthropy? 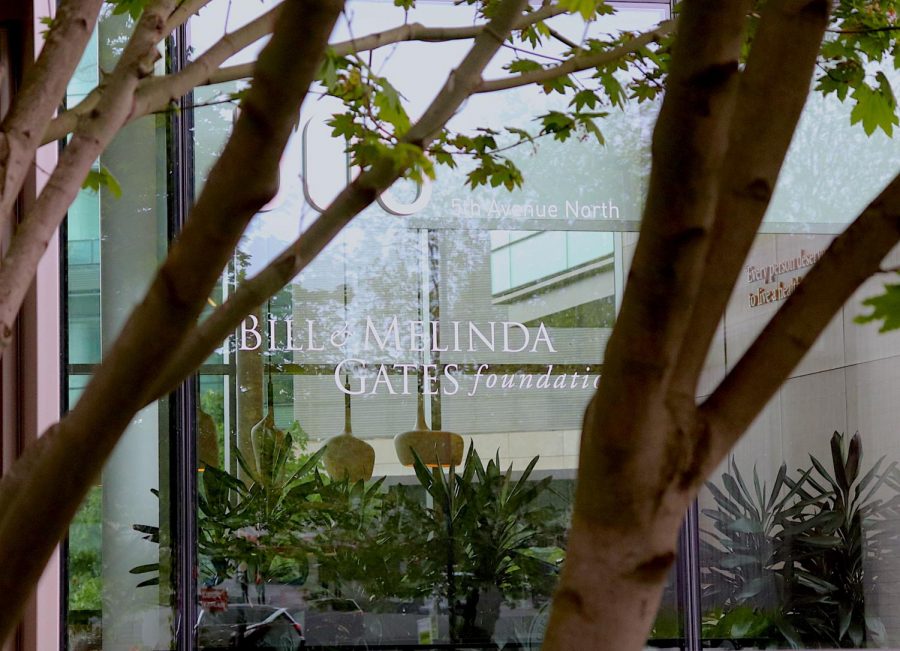 The former couples names are plastered all over the foundation on 500 5th avenue.

On May 3, Bill and Melinda Gates announced their divorce and later released a statement on Twitter.

Maureen Emerson Feit, an assistant professor and Director of Nonprofit Leadership, at Seattle University explained the lack of privacy philanthropists have, especially well-known figures like the Gates.

“I think the attention is because of their wealth and that they have been so public about the way they want to use their wealth…their personal decisions could have a rippling effect around the world,” Feit said.

Chengxin Xu, an assistant professor of the Institute of Public Service (IPS), voiced the same assumption that leaders cannot have privacy, however, is unsure about charitable leaders.

“In the business sector, the private lives of their leaders really matters in the stock value of the company, but for nonprofit, there is no clear way to measure this impact…we just don’t have a measurable index to show this impact directly,” Xu said.

This announcement is worrisome due to the level of uncertainty it brings. With no official word from Bill and Melinda Gates, most of the donor recipients are left with no clear answer as to how the divorce will affect their funding for the future.

Xu explained that the best course of action for the Gates foundation is to release an official statement to ensure security and a sense of calmness to communities involved with the foundation.

“I believe that in one or two months they will release a statement of how things are going to be…that kind of statement will actually make people less worried because they know where to go,” Xu said.

The Bill and Melinda Gates Foundation has provided funding to programs in 135 countries and 48 states. Annually it provides more than $50 billion to organizations and programs.

Xu added that the only difference that may occur is in how much each program will receive based on the organization’s social issue.

“One thing that most experts are expecting is that there might be more grants for women and kids from Melinda. That’s one thing that marriage experts suggest is why Bill and Melinda Gates divorced because they have different interests,” Xu said. “But other than that, I do not think there will be great impact.”

Elizabeth Dale, an associate professor in the Master of Nonprofit Leadership Program at Seattle U, shared that there should be little to no concern of the divorce playing any effect on the foundation nor the donor recipients.

“I don’t think the foundation will be affected in any significant way in the near term. The foundation has been created with assets that the couple has given in the past 20 plus years, and once those assets are in the foundation, they can’t be removed,” Dale said. “If anything, I think this divorce means more for their future giving than anything they have already done.”

After much speculation, rumors circulate that Melinda may begin her own organization.

Dale noted that although it is too early to call, she feels that this will most likely not happen.

“I wouldn’t expect Melinda to go and create another foundation…they tend to be less flexible,” Dale said. “Donor-advised funds are similar to foundations, but they do not have the same staffing or structure. For that reason, a Donor Advised fund might be a bit more flexible for her.”

Even if there would be little to no change with the foundation, there are still questions as to how philanthropists have gained so much power and influence over societies.

Feit’s work focuses on the economic inequalities within philanthropy and how much influence big philanthropists have on government and legislation.

“…To me it says more about the wealth gap and that we have billionaires that can accumulate that kind of wealth and that private individuals can have such an outsized influence on public issues, and I think that is why it is getting so much interest,” Feit said.

Xu suggested that philanthropy strategizes when picking organizations to donate to because it will combat the social issue that the philanthropist sees as affecting society.

“For philanthropists, their decisions are more important because they have more money and they can change the whole community. The way they think about using this money and how strategically this money can be managed and invested can determine people’s outcome,” Xu said. “That is why philanthropy is more strategic than charitable giving.”

Some nonprofits rely on foundations for a majority of their funds. Since there is little to no government funding for these programs, it is in the hands of foundations to help carry out the mission of these organizations.

To help nonprofit organizations, Xu explained ways that students or any other individual could do to aid them.

While this divorce will likely not change the organization for a long time, money from philanthropists is just as important as individual donation or volunteering. In Seattle, nonprofits to work with or volunteer for can be found on the website Great Nonprofits.