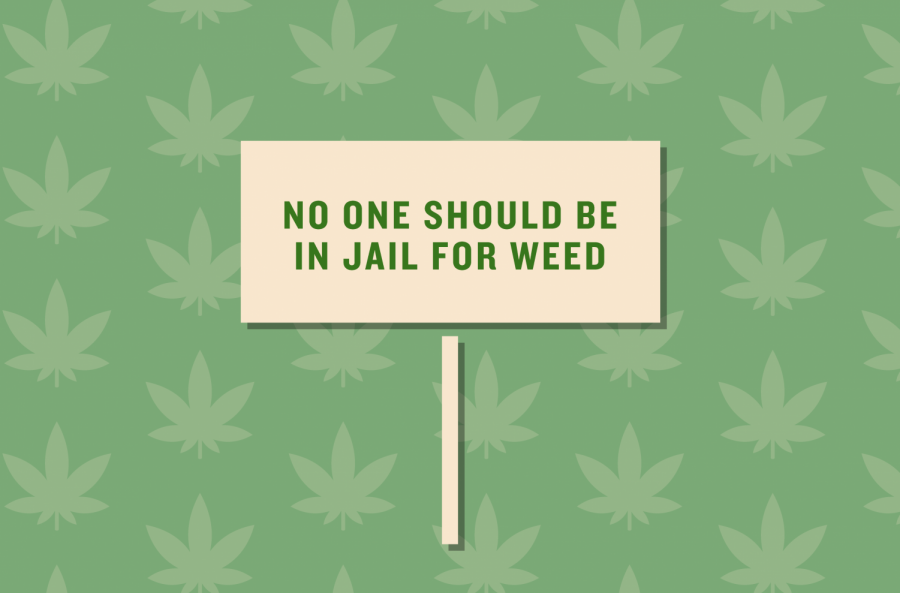 In November of 2012, Washington State voters passed Initiative 502, permitting Washingtonians over the age of 21 to recreationally consume cannabis products—making Washington, along with Colorado—the first states to legalize the possession and recreational use of marijuana.

Seattle University’s Cannabis Law Society (CLAW) hosted a discussion April 16 on the state of cannabis legislation in Washington State in 2021. One of the speakers, Seattle U alumni Ammon Ford, is now an attorney at Gleam Law Firm.

Ford decided to pursue cannabis law when he began studying law because statutes regarding cannabis were the latest and most interesting legal topics in his opinion.

During the event, the discussion turned to the current state of laws regarding cannabis in Washington. There was a consensus from the event participants that the laws need to be updated, particularly in regards to racial equity.

For CLAW President, Bobbi Fogle, the issue of cannabis is about more than the drug itself, also involving key social issues like the prison-industrial complex.

“It’s an issue of social justice,” Fogle said. “We can see that the War on Drugs has disproportionately affected people of color. Some of the speakers at the conference recommended that tax revenue from its sale could go towards reparations, but the industry is currently overwhelmingly white people, and they are still profiting more than any communities impacted by the drug war.”

Fogle went on to explain that when looking beyond Washington State to the U.S. as a whole, it is unlikely that we will find a one-size-fits-all solution. In each state, lawmakers will need to identify those who have suffered the most injustice at the hands of the drug war, in order for each state to have an equitable system, adding “it will need to be on a state-by-state level until federal legalization.”

Statistics show evidence that Black people are nearly four times more likely to be arrested for possession of marijuana, although Black people and white people use cannabis the same amount.

“Democrats want to legalize it but don’t want to use their political capital to pass it,” Ford said.

When the topic shifted to how universities handle marijuana on campus, one common solution was to treat cannabis similarly to how alcohol is treated.

“Universities should be a place where you are free to be wrong, and if they are afraid of that, then that’s a big problem,” Ammon said, adding that it is not uncommon for universities to have alcohol present at school sponsored events.

Seattle U prohibits the possession or consumption of cannabis on its premises in compliance with federal regulations around the substance. Failure to comply with these regulations comes with consequences, according to Dean of Students, James Willette.

“If Seattle U does not comply with federal law and regulations on cannabis possession and use on campus and in university programs and activities, it risks losing federal funds for student financial aid, faculty research and other important programs and services,” Willette said in an emailed statement.

Willette stated that even with valid documentation for medical cannabis in Washington state, it is prohibited to possess or use cannabis and other controlled substances on campus.

“Even though cannabis and its use are prohibited on campus, we believe it is important to engage students in conversations about alcohol, cannabis and other drugs,” Willette said.

The risk with challenging these laws is considerable, however speakers at the meeting wish that the school would take a stronger stance, especially with the school’s narrative around the importance of social justice.

The Seattle U Cannabis Law Society aims to educate students on legislation at the local and federal level. As the nation grapples with how it has treated minority communities and cannabis use, Seattle U will need to decide how it will treat the substance on our own campus.