The Biggest Surprise of March Madness: The Pac-12’s Success 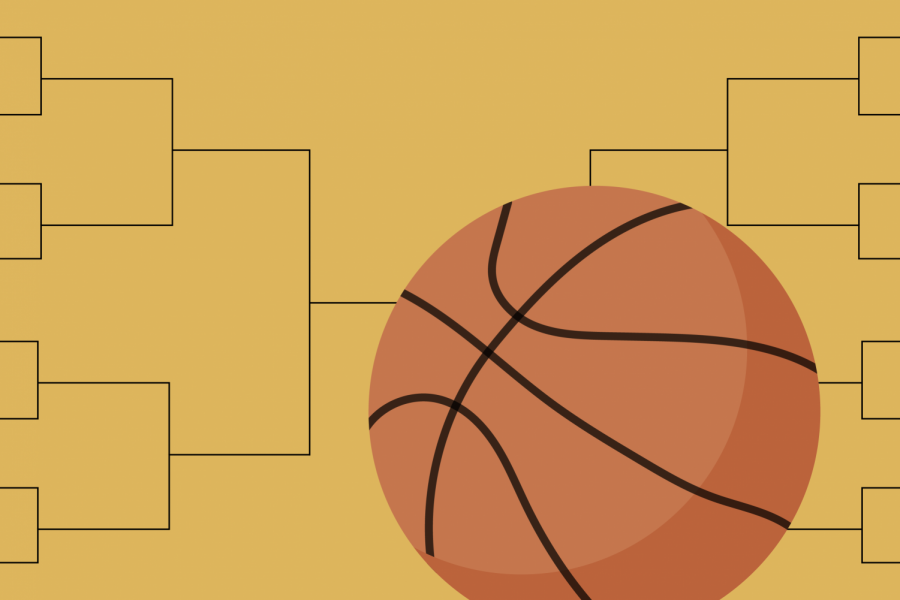 The COVID-19 pandemic could not halt this year’s NCAA March Madness tournaments. The men’s tournament began March 17, with the women’s tournament following March 21. Pac-12 fans did not have high expectations of the conference and were surprised to see four of the five teams in the tournament (Oregon, Oregon State, USC and UCLA) made runs to the Sweet Sixteen. Six teams from the Pac-12 were selected to the women’s tournament, where the championship featured two Pac-12 teams.

When the brackets were revealed March 14, known as Selection Sunday, not many spoke up about the secedings given to Pac-12 teams for both the women and men’s teams. Not known for a high competitive nature from their basketball teams, many tend to disregard the division.

Matt Zemek, editor of TrojansWire and Seattle University alumni provided insight as to why college basketball fans may have gone into the tournaments doubting the Pac-12.

“The Pac-12 is still on the Pac-12 network while the other conferences are on ESPN or CBS. That’s always gonna keep the conference several notches below the other power conferences,” Zemek said.

For men’s college basketball fans that made a bracket, not a single one remained perfect after the Round of 32. For Pac-12 observers, the conference’s success came as a surprise. Connor Hope, a writer for Heat Check CBB commented on the Pac-12’s success.

“When it came time to the tournament they had the benefit a couple of times in terms of matchups, but there were some games where they won games that they probably shouldn’t have won,” Hope said.

The exceptional defense and offense of UCLA helped them defeat #11 Michigan State, #6 BYU, #14 Abilene Christian, #2 Alabama and #1 Michigan. Their run came to a devastating end in the Final Four when Jalen Suggs hit a buzzer in overtime, securing top-seeded and tournament favorite, Gonzaga, a place in the championship game.Well coordinated defense schemes took #6 USC and #12 Oregon State to the Elite Eight where they both lost. However, their runs did not go unnoticed.

Andy Patton, host of the podcast ScoreZagsScore, followed USC basketball for the USCTrojansWire thought that teams were not too impressive before the tournament.

“It seemed like another year where they’d (Pac-12) have a lot of teams that would disappoint or lose early and that obviously was not the case at all. I think perhaps we as a community thought since all the teams seemed like they were very equal maybe people thought that they were all average when in reality they might have actually just been collectively better than we thought,” Patton said.

In the Women’s National Basketball Tournament, the Pac-12 had six teams make the tournament: #3 Arizona, #6 Oregon, #8 Oregon State, #1 Stanford, #3 UCLA, and #9 Washington State. Arizona and Stanford dominated the tournament meeting each other in the championship game Sunday night.

Entering the tournament, the media focused on UCONN and Baylor’s teams not giving attention to the stellar performances of the Pac-12. The narrative changed when #3 Arizona dominated tournament favorites UCONN in the Final Four securing their spot in the National Championship game. Meanwhile, top seeded Stanford barely held off fellow #1 seed South Carolina after turning the ball over in the halfcourt with 6.4 seconds remaining seeing South Carolina miss their final two shots to send Stanford to the National Championship.

Stanford and Arizona met in the final Sunday night for a thrilling back and forth game. The last possession of the game belonged to Arizona after forcing a shot clock violation on Stanford with 6.1 seconds remaining. Stanford held on with great defense to win the game 54-53.

The Pac-12 found success in both the mens and womens tournaments and showed the nation that Pac-12 basketball is here to stay.