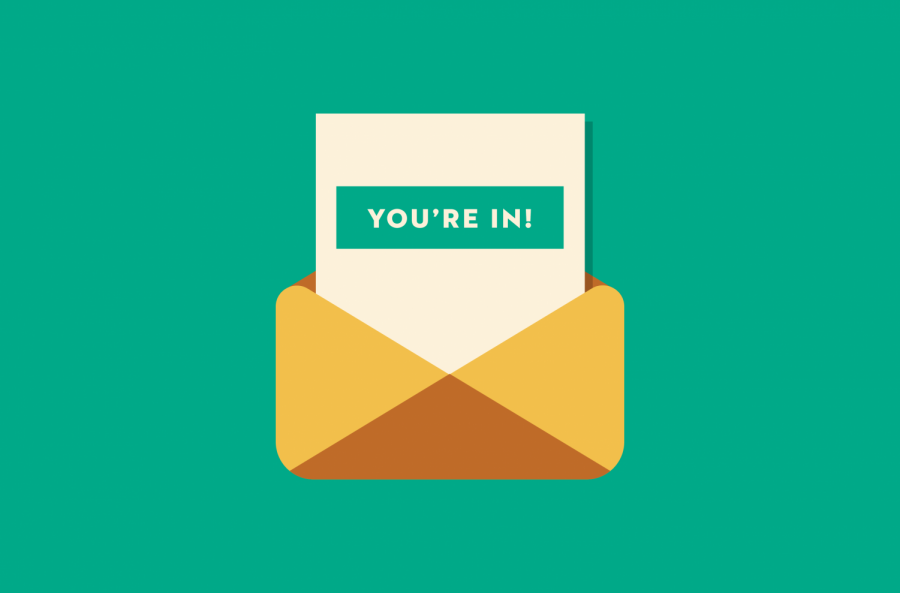 The Netflix documentary, “Operation Varsity Blues the Colleges Admissions,” renews attention towards the college admissions process as prospective high school students have started receiving decisions from colleges , and are now making decisions on where to attend. The documentary goes into further details surrounding the events of the college admissions scandal that erupted in 2019. Due to the timing of when the film was released in relation to where current high school students are in the college-decision process, many people are reflecting on the admissions process and the scandal as a whole.

After headlines reported wealthy and famous families buying their children’s way into the top universities in the U.S., more details surfaced of  some even faking sports recruitment in order to be admitted to the nation’s most elite schools. Parents utilized Rick Singer, the mastermind behind the admissions scandal, to cheat their children into college. Singer helped parents get their children into various universities through his connections with admissions counselors and coaches. He handled the payment between families and university employees and made each payment appear like a donation to avoid getting caught.

When news of the scandal broke, the FBI contacted Singer and used him to indict others involved. He told his customers that his company was being audited when in reality, he was helping the FBI. The conversations Singer had with families were wiretapped and are shared in the documentary. At the beginning of the film, Netflix writes a disclaimer about the conversations.

“The conversations in this film are real. They are recreations of wiretap transcripts released by the U.S. government. Some conversations have been combined or modified for time and clarity,” Netflix wrote.

Actress Lori Loughlin was one of the parents who took pictures of her daughters on rowing machines. Laughlin and husband, Mossimo Giannulli, faked their daughter’s participation in crew to earn a spot on the USC rowing team. Many other families followed suit and were ultimately arrested as a result.

After seeing the admissions scandal unfold two years ago, many students and athletes have been able to reflect on how their own journey to college athletics differed from those that cheated their way in.

Second-year business student, Michele Adam, shared her disappointment in learning about the admissions scandal. Adam is a current sophomore on the Seattle U women’s soccer team.

“When I found out the college scandal was related to athletics it was kind of a slap in the face,” Adam said. “I sacrificed a lot of time with my friends, missed school dances, or missed class so that I could play college soccer. For someone to just photoshop a picture, it just felt like a total disregard of all athletes.”

Second-year international studies major, Maya McCabe, is a redshirt freshman for the Seattle U cross country and track and field teams. McCabe elaborated on how the families involved in the scandal took away from other students leading to a larger problem within the US.

“While these individuals’ actions were unethical and problematic, they are only a symptom of the larger problem which is the pressure around college admission and traditional academic success in the U.S.,” McCabe said. “The elitist culture surrounding universities fosters discrimination based on socio-economic status and creates the pressure and desperation around college admissions that lead to this scandal.”

In addition to faking participation in athletics, some families bribed admissions officers or cheated on their SAT and ACT to get admitted. While the admissions scandal itself did not encourage much change in admissions processes, the COVID-19 pandemic has caused universities to change some of their requirements, such as standardized tests. At Seattle U, prospective students are no longer required to submit their standardized test scores.

James Miller, the Associate Vice President and Dean of Admissions, explained how Seattle U changed their admissions policy on standardized testing.

“We made the decision last year to make Seattle U a test optional university,” Miller said. “We actually made that decision over the course of six months as part of a process that we had already undertaken. By the time the pandemic was hitting this was something we were already to announce.”

Miller also emphasized that admissions officers at schools trust the students and the admissions process to be accurate. After the scandal occurred, Miller shared how it was a chance for schools to make sure that the trust was still there.

“This has been an opportunity for colleges to look at those processes and to ensure that we have trust, but that we also have verification in that process to ensure the best we can that students are who they say they are,” Miller said.

The documentary reminds students and staff of the sometimes grueling nature of the admissions process, especially when going through all legal and fair channels.  Seattle U student athletes were able to reflect on their personal experiences as they were disappointed in the actions of those involved in the scandal after working hard to participate in the college sports they do tod