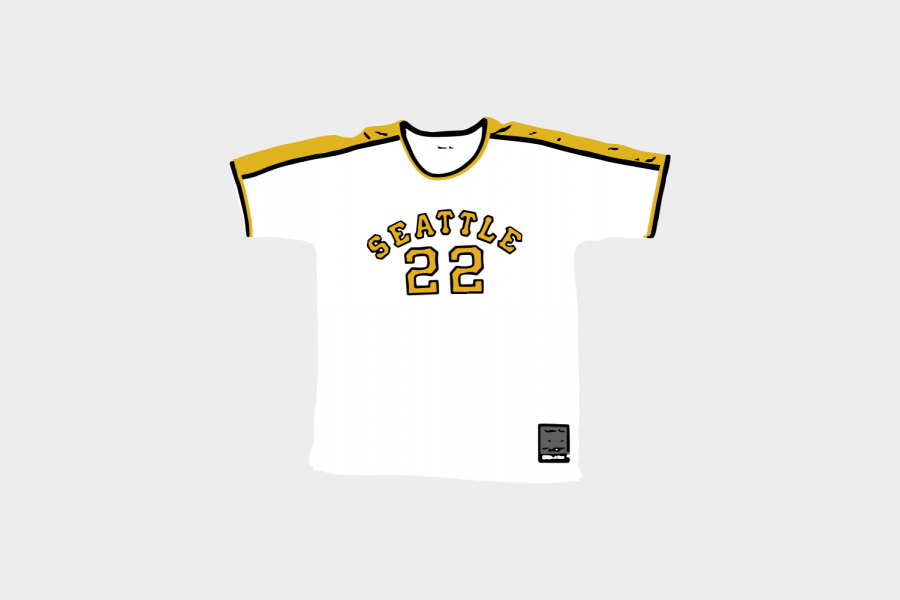 Seattle University and National Basketball Association (NBA) Hall of Famer Elgin Baylor passed away March 22, from natural causes at the age of 86. Baylor leaves behind a legacy thanks to his transformative impact on the game of basketball and the work that he did off the court to help the community around him.

Born Sept. 14, 1934 in Washington D.C., Baylor spent a year playing for the College of Idaho before transferring to Seattle U where he starred for the men’s basketball team for two seasons, averaging 31 points and almost 20 rebounds per game.

In 1958, Baylor led the Seattle U team all the way to the NCAA championship game and won Most Outstanding Player honors even though Kentucky went home with the championship.

Baylor scored 60 points Jan. 30, 1958, in a game against Portland, one of 11 team records he still holds. As a result of his success at Seattle U, Baylor remains one of the school’s most well known alumni, helping to put Seattle U on the map while leading a pipeline of men’s basketball players coming from his high school and D.C. neighborhood to play at Seattle U during his era.

Fellow Seattle U athletics Hall of Famer Ernie Dunston was one of the players who followed in Baylor’s footsteps. Dunston reminisced about playing basketball pickup games on the playground with Baylor, whom he says was already a legend in high school. Dunston shared the following story of one particular incident involving him and Baylor.

“When I was still in high school, the playground games were very competitive. One time Elgin was on the playground and I was on the sideline. He asked, ‘why are you standing over here?’ I \said, ‘because my team lost.’ He said, ‘why did your team lose?’ I told him that the other team played harder. He said, ‘well maybe you are not playing hard enough.’ That always stuck with me,” Dunston said.

Realizing Baylor’s prodigious talents, the current day Los Angeles Lakers, formerly known as the Minneapolis Lakers, drafted him first overall in 1958’s NBA draft. Over his thirteen year career with the Lakers, Baylor made 11 NBA All Star Game appearances, 10 All NBA First Team appearances and scored a record 61 points in a Finals game. He teamed with fellow NBA legend Jerry West to restore the Lakers’ franchise to prominence. These two superstars led the Lakers to seven NBA finals appearances. However, Baylor never won an NBA title as the Lakers were often beaten by Bill Rusell’s Boston Celtics.

Baylor has received a lot of credit for introducing high flying vertical play to the game of basketball. Dunston said that other NBA Hall of Famers, like Michael Jordan and Julius Erving, credit Baylor for influencing that style of basketball, which they helped to further popularize. As a rwahis tremendous career, Baylor earned a spot on the NBA’s 50th anniversary team and was inducted into the NBA Hall of Fame in 1977.

In addition to his success on the court, Elgin Baylor was a positive influence off the court. Dunston explained how Baylor served as a mentor to him.

“When I was at Seattle U and Elgin was playing with the Lakers and in town for a game, he would come to our games and talk to me about things I needed to do and how to improve my games. He was always easy to talk to and play with or against,” Dunston said.

Baylor was also a strong advocate for racial and social justice during and after his playing days. He was part of the first wave of star Black players in the NBA, beginning his professional career during the civil rights era. In his rookie season with the Lakers, Baylor went to play a game in West Virginia. When they arrived at the hotel, Baylor and his Black teammates were not given a room. The team then moved to another hotel that did not racially discriminate. However, Baylor refused to play in a place where he was denied equal rights, so he sat on the bench for that game. Years later, when Baylor served as general manager of the Los Angeles Clippers from 1986 to 2008, he unsuccessfully sued the team’s owner Donald Sterling for racial discrimination.

Maylon Hanold, Director of the MBA in Sport and Entertainment Management program at Seattle University, shared her thoughts on how Baylor’s fight for racial justice connects to Seattle U.

“I think that he exemplifies how we think about social justice at Seattle U, and represents the tension that all of us who fight for social justice hold—that you have to be part of systems in order to affect change within them,”  Hanold said.

Hanold also reflected on Baylor’s ability to strategically select which battles he chose to fight, which enabled him to sustain such a long career in the NBA, while slowly and deliberately pushing toward racial justice and serving as a trailblazer and mentor.

Seattle U has continued to honor Baylor by hosting the annual Elgin Baylor classic and renaming its basketball court at Key Arena the “Elgin Baylor Court.” Baylor’s legacy certainly deserves continued recognition, at and beyond the University, for the impact he had on and off the court, and for paving the way and setting the bar for other basketball greats who have emulated him and followed his lead.