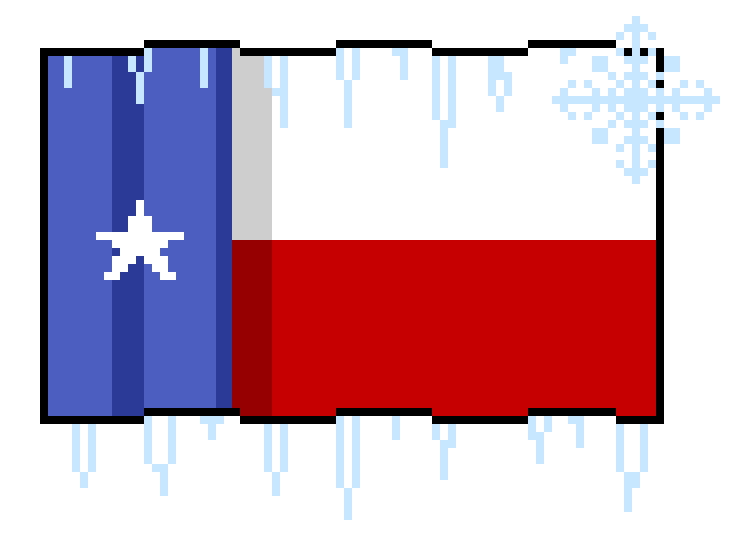 This February, record-low temperatures in Texas hailed the arrival of the winter storm Uri, which left millions without working utilities in the form of water, heat or electricity. Prior to the loss of amenities, Texas Gov. Greg Abbott issued a Disaster Declaration spanning all 254 Texas counties in response to the threat of “severe property damage, injury and loss of life” due to the coming weather.

The Federal Emergency Declaration, which was approved by President Biden Feb. 14, granted public officials the ability to use emergency powers such as ordering an evacuation and asking for federal aid to alleviate areas impacted by the disaster. Abbott deployed state emergency services in an attempt to manage the situation. According to University of Texas at Austin (UT) third-year Biomedical Engineering major Giselle Nevarez, it was not enough.

“What we saw was other people that had influence, but weren’t in positions of power, doing the most [to help],” Nevarez said. “Our government couldn’t help us because they were too focused on making a profit. All of this could have been prevented.”

Nevarez, like millions of other Texans, did not have access to water for days. The few grocery and convenience stores that remained open had lines around the block, which sometimes took hours to get through, according to Nevarez. Many of her family members and friends fared even worse, as they experienced rolling blackouts that lasted days and could not benefit from warming centers and other resources offered by the university a few days into the storm.

Beginning Feb. 14, the Electric Reliability Council of Texas (ERCOT), which controls 75% of the state’s power, experienced an extremely high demand for electricity, setting a peak demand record of 69,150 megawatts (MW). This far outstripped expected power estimates. Unlike its sister grids, the Western Interconnection and Eastern Interconnection, which power the rest of the United States, ERCOT is a privatized power grid that is not regulated by the federal government.

Additionally, the electrical grid was unprepared for the type of strain a bout of cold weather would put on its equipment, and ERCOT was forced to enter into an Energy Emergency Alert (EEA) three as electrical reserves dropped. ERCOT attempted to reduce strain on its systems by reducing demand, which led to a warning that they would begin rolling blackouts.

These left communities with few amenities in exchange for limiting strain on an overwhelmed electrical grid.

“It put a lot of us in survival mode,” Nevarez said. “A lot of students had never been this cold…some people don’t even have jackets here.”

EMT Caroline Metcalf’s Austin-based job required her to witness the effects of the power loss first-hand. As a first-responder, Metcalf responded to emergency calls ranging from motor vehicle accidents on the slippery ice to transporting hospital patients to new treatment centers after they lost water and other amenities.

“There was a lot of white-knuckling it on the road, trying to keep everyone safe,” Metcalf said. “I think I just had to remember that there was an end in sight, that what we were doing was important and that we were some of the only people who could really get out safely…there are people who really need our services.”

Like many in the Austin area and beyond, Metcalf was unprepared to live on limited utilities. She conserved phone usage and relied on a single small flashlight after losing power for 30 hours. Metcalf also went without running water for over four days. Stocking up proved to be difficult, and customers were limited to buying two cases of water per individual in nearby stores.

“I didn’t do much. I went to work, came home, ate dinner and just sat in the dark because there was really nothing else we could do,” Metcalf said. “Nobody could find refuge. It’s not like you could go to somebody else’s house because most of the people that you knew didn’t have power either.”

After her water returned, Metcalf faced the same boil-water notice as millions of other Texans, with low water pressure making it unsafe to drink from the tap and water treatment plants still lacking the power necessary to decontaminate successfully. Austin also issued mandatory conservation procedures that limited those who were able to regain water access to essential needs only.

Emma Froemke, a second-year biology major at Seattle U, lived outside of Austin in Round Rock, Texas for two years before moving to Seattle. Unlike many native Texans with little experience in cold weather, Froemke’s family previously lived in Virginia and was able to maintain their electricity throughout the course of the storm. Still, that did not prevent Froemke from worrying about the 100-car pileup that occurred near her family home.

“I was uneasy…I was checking in on them all the time, and I was just glad that they were safe,” Froemke said. “But it was very frustrating in a sense because I couldn’t be there with them.”

Second-year Seattle U Nursing major Kyleigh Benson was stuck in a similar situation. In Seattle, Benson began getting notices from her family group chat that Texas was set to experience a winter storm. As a third-generation Texan, Benson had few experiences with snow and even less of an expectation that the coming storm would yield anything significant.

Though her sister seemed enthused by the first wave of snow, spirits began falling as the conditions in Texas worsened and communication grew sporadic due to limited electricity. Benson, who was already nervous because her family was spread out over several different counties, attempted to keep calm amid the developing situation.

“It would happen in quick spurts…they were able to text at least once a day, back and forth,” Benson said. “I was at the point [where I knew] I can’t do anything about it and I don’t want to spam them with texts or calls.”

Meg Jang, a second-year criminal justice major at Seattle U, knew about the upcoming storm as a result of her mother’s interest in meteorology. Jang witnessed the event on social media from Seattle.

“It slowly escalated, there were more and more posts and they were desperate. The conditions were a lot worse…[I was] getting more and more frustrated with how it was handled,” Jang said.

Her parents’ early preparations, which included wrapping pipes, stocking up on groceries and bringing in buckets of water, paid off. They were able to share their extra propane stove with a family friend when he ran out of food during the peak of the storm.

“It was nice to see people helping each other out, but I also don’t think it should have been necessary to keep people alive. We shouldn’t have to rely on people who are also struggling for them to take the time and risk their lives driving out on the roads in order to keep other people from dying,” Jang said.

Similarly, Benson grew frustrated at the way state government officials conducted themselves, both during the course of the storm and in its aftermath.

“We are not a city built to handle that weather because we’ve never had a lot of it before, so when stuff like this happens, our entire city shuts down. The whole thing is in a deadlock,” Benson said. “Whenever people tried holding the government accountable, the government tried to be defensive, and it was just frustrating to see that.”

Guillermo Santos moved to Austin earlier this year from a border town between Texas and Mexico. He had only been living in Austin for a month and a half before he experienced a loss of water for three days during the storm. Santos believes the situation has brought attention to necessary changes regarding the state’s plans for the future in case of similar emergency events.

“[This] has spurred on the conversation of, what are the politicians that we want to have in place to be able to better manage crises like this and, at the same time, what are the next strategic steps Texas should take to better withstand events like this?”