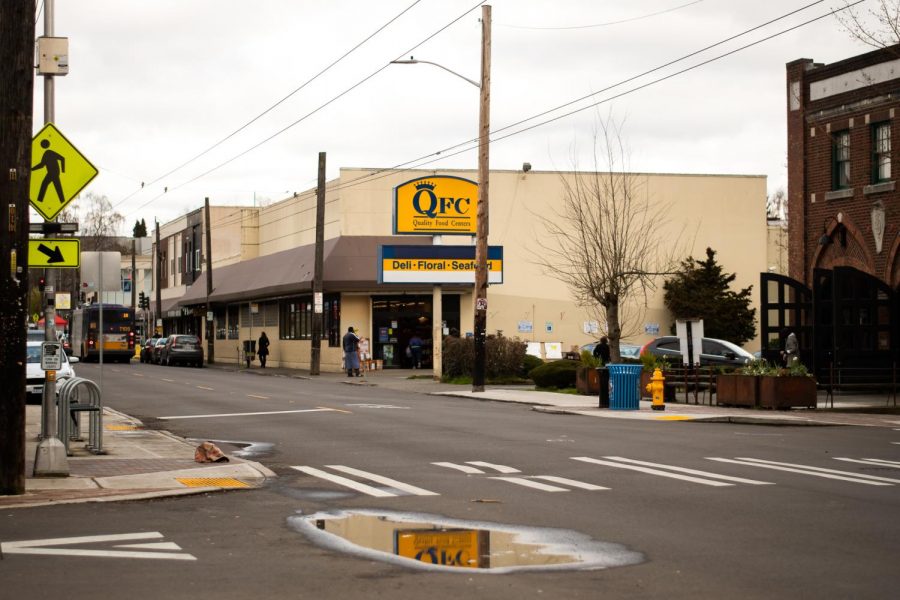 When the Seattle City Council made the decision Feb. 3 to mandate a $4 hourly hazard pay increase at grocery stores, the goal was never to put workers at risk of losing their jobs and livelihoods. Unfortunately, that is just what happened.

Tiffany Sanders, the QFC Corporate Affairs Manager, said this was an unfortunate but necessary financial decision.

The new ordinance from the city required a $4 pay increase for workers. In addition it prevents the underperforming stores from making changes to draw in more customers, such as remodeling or adjusting operating hours—both strategies that QFC had hoped to pursue, Sanders said.

“This is not something we wanted to do. We don’t want to close stores at all… it truly was a way to make sure the other thirteen stores in Seattle can survive,” Sanders said. “It’s a decision that you have to make when you’re trying to balance your budget.”

Recognizing the devastating impact this will have on employees and their families, Sanders promised that the corporation will do everything they can to assist with the transfer process.

“They will not all be laid off,” Sanders said. “We are going to transfer associates when we can. We’re going to work with every associate and see if we can find them a place at another store.”

A Seattle-based QFC worker of five years, who preferred to remain anonymous for fear of retaliation, said that the news of two store closures near their own store location was both shocking and infuriating.

“I thought of all the people that have to deal with suddenly not having a job,” the worker said. “It’s just made it much harder to work because it’s like I can be disposed of at any time…It’s just really apparent now how we are just a number to these corporations.”

With hours already drastically cut due to the pandemic, the worker was skeptical about how nearby stores could afford to take on new transfers when current workers already are not being adequately compensated for working up front and risking their health and lives for corporations.

“We have had our hours cut so much to the point where we only have three or four employees working after 3:30 p.m., and that includes the weekends…The busyness of the store, it’s already kind of bad, but when there’s only three people on the floor, it makes it worse, so everyone’s stressed out,” the QFC worker said. “There’s no room for anyone else…If we were to add more people to what we’ve got now, then no one would have hours.”

Owen Fairchild, a former QFC employee and a Seattle University environmental studies major, emphasized that this type of unethical treatment towards workers is not new.

“The store is always looking to cut hours and save money, and that is always taken out on the workers,” Fairchild said. “It is such a shame that they’re choosing money instead of keeping people employed, especially during a pandemic.”

As with most large corporations, Fairchild said it was frustrating to witness the inequity between low-level workers and the higher-up corporate leaders who receive “more money to do less work.”

“It is a minimum wage job with maximum effort…the people who are on the ground and working should be paid more and get more recognition,” Fairchild said. “It’s definitely a cowardly thing to not pay your workers during a pandemic and then just close the stores. Where’s your empathy? These are human beings.”

Assistant Professor of Economics at Seattle U, Erin Vernon, explained that this is a clear example of Kroger’s “market power” as one of the biggest grocery retailers in the nation.

“They have more power, so they’re not forced to dig into their profits to survive, because they have so many stores,” Vernon said. “It’s kind of idealistic to think that if we mandate this, the companies will take it out of their profits.”

But, that’s the “danger of mandating,” according to Vernon. Mega-corporations can make decisions based solely on profit, rather than considering other stakeholders—like the communities they serve.

“It’s unfortunate. If they’re only looking at profit it makes sense, but there are other approaches,” Vernon said. “They have been sending those profits to the shareholders and I think they could turn around to take that money to fund hazard pay.”

Vernon also called on Kroger to take the new hazard pay mandate as a wake-up call to improve equity for their lower-level employees who now, amid the global pandemic, have become frontline workers.

“You really should be making stakeholder decisions that involve everyone affected by your company—not just the people who own stock.”

An urgent need for financial relief remains for these frontline workers, who are left feeling uncertain and in doubt about the future of their jobs.