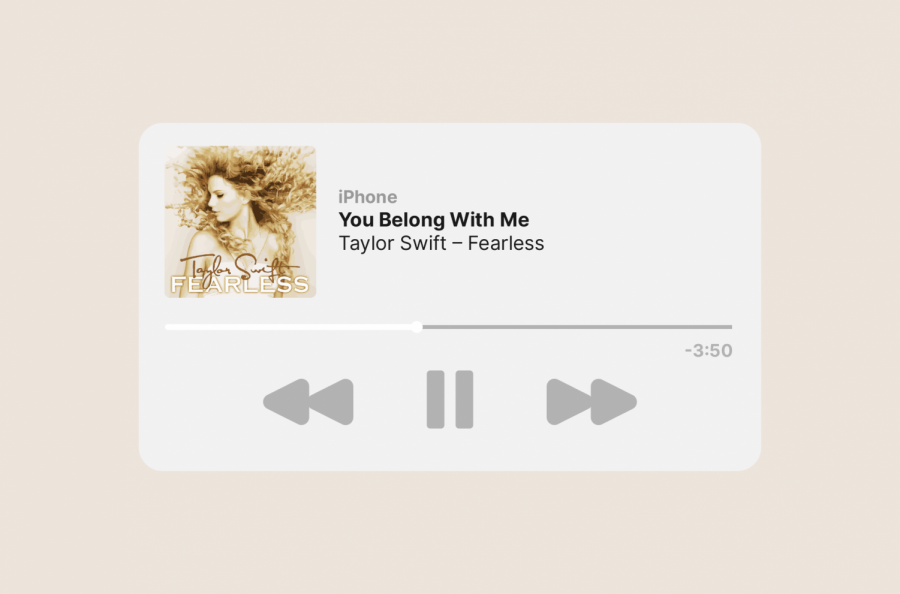 After Taylor Swift’s music, videos and album art were sold without her knowledge for a second time, Swift decided to go forward with her decision to re-record her first five albums and reclaim ownership of her work. Swift started with her album “Fearless” and has already released the first single, ‘Love Story (Taylor’s Version).’

Originally released in September 2008, there are rumors Swift plans to release the complete re-recorded version of the “Fearless” album April 9.

When Swift first released these songs, she did not own the master recordings of them, or any song, on albums prior to her 2019 album ‘Lover.’ Her initial signing with Big Machine Label Group meant that Swift only earned a percentage of the earnings from the recordings, and was not in full control of her music.

Her deal with Big Machine Records, owned by Scooter Braun, ended in 2018 when the artist signed a new contract with Universal Music Group. This deal granted Swift full ownership of any recording going forward.

“I feel the need to be very transparent with you. I will be going forward with my original rerecording schedule and will be embarking on that effort soon. I know this will diminish the value of my old masters, but I hope you will understand that this is my only way of regaining the sense of pride I once had when hearing songs from my first six albums,” Swift wrote in the letter.

Seattle U second-year International Studies and History double major Julia James commented on Swift’s strength in re-recording her music. James admires Swift’s decision to go forward with the rerecording of music early in her career and enjoys the nostalgia these original tracks bring.

“The fact that Taylor is re-recording her ‘Fearless’ album feels like a total reclamation of her power over her own music. Fearless was one of the albums that I had on repeat as a middle schooler, so the fact that she is rerecording makes me reflect on my younger years and feel more empowered in general,” James said. “I had no idea that Taylor didn’t own the rights to her voice, this makes her story more meaningful.”

Writing her own songs, Swift has the rights to the lyrics, melodies and compositions, meaning she can legally produce new versions of her old music despite another company owning the original masters.

“I’m super excited that she is re-recording her ‘Fearless’ album,” Tresselt said. “I think it’s really important for her to do so in order to essentially take back the songs that were stolen from her by her previous label. This move with her music signifies that she is taking back the power in her own career.”

Swift took to Instagram to share that ‘Fearless’ would be the first of her old albums to be re-recorded and released for listening. In her Instagram post, Swift shared that the ‘Fearless (Taylor’s Version)’ album would include six never-released songs, totaling the album at 26 songs. She shared that artists are the only people to truly understand their work, as they created it.

“I’ve decided I want you to have the whole story, see the entire vivid picture and let you into the entire dreamscape that is my fearless album,” Swift wrote. “Written when I was between the ages 16 and 18, these were the ones it killed me to leave behind.”

Second-year Political Science major Emily Harris shared how Swift’s re-recording brought back memories from when she was younger.

“As young kids, my friends and I would listen to Taylor Swift on the way to practices, games, hangouts and just by ourselves,” Harris said. “It’s almost like every emotion we had, had a matching song, which is very important growing up and navigating life. Her music made us feel valid and empowered.”

Although Swift has not announced anything for other past albums, it is likely that she will move forward with the decision to re-record all five albums prior to ‘Lover.’ After Swift released “Love Story” Feb. 12, fans look forward to the rest of the   ‘Fearless (Taylor’s Version)’ album and potentially other albums to be released in the coming months.