Driving Britney Crazy: “Free Britney” Sheds Light on the Effects of Life in the Spotlight 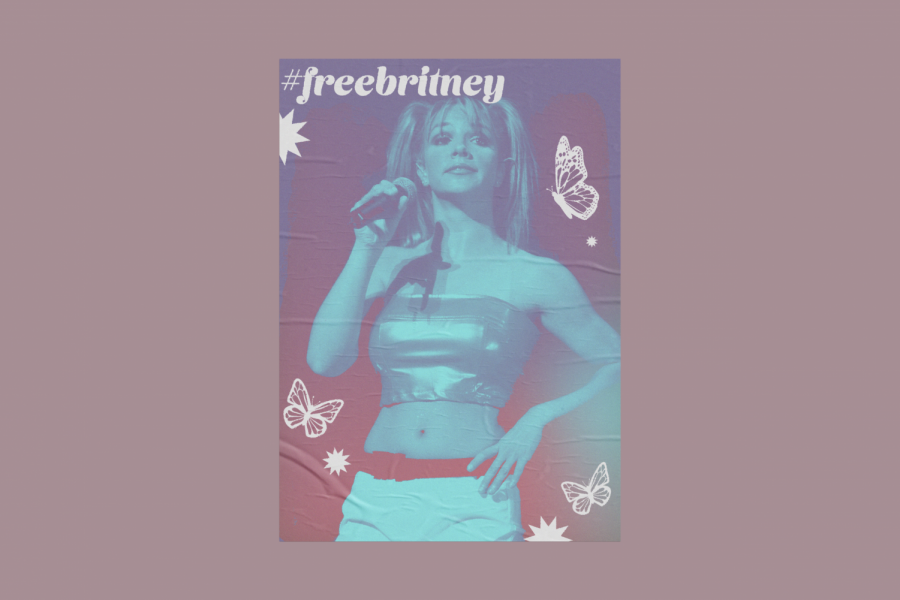 The world watched as pop sensation Britney Spears’ career slowly fell apart in 2007. What started with a shaved head and an umbrella attack eventually ended with an oppressive conservatorship that has now been in place for 13 years.

Now, the world continues to watch as the “Free Britney” movement once again makes headlines due to the recent release of “Framing Britney Spears,” a documentary created by the New York Times which exposes details of Spears’ career and the long-fought battle she is currently fighting against her father over control of her own estate.

A successful career defined by nearly 100 million records sold, Grammy nominations and awards and six number-one albums on the Billboard 200 has been put to a halt as long as her father is in charge of her estate.

Dr. Victor Evans, an Assistant Professor in the Communication department at Seattle University, offered insight suggesting that maybe her career was doomed from the beginning.

“Britney, from the beginning, was told that this is how your career is going to go, and this is what happens in order for your career to be successful,” Evans said.

“Framing Britney Spears” is an informative documentary on what led to Spears’ conservatorship, suggesting that the media and a misogynistic culture influenced Spears’ downfall.

Angela Macey-Cushman, an attorney at Somers Tamblyn Isenhour Bleck, PLLC specializing in estate planning, long-term care and disability planning, special needs trusts and estate administration, offered insight about conservatorships. While it is unclear how Spears’ conservatorship was actually enacted, Macey-Cushman did say that conservatorships are never locked in, meaning they can be undone. However, once the conservatorship has been put in place, it requires a significant amount of effort to terminate.

The documentary highlights fans of Spears protesting “Free Britney.” For some, the movement is as blunt as freeing Spears for her conservatorship. For others, this movement is a women’s rights movement.

Macey-Chushman explained that viewers of “Framing Britney Spears,” especially women, are frightened at the thought that they might lose their own liberty should they be labeled crazy or unstable.

“I’ve seen fans talk about what Britney means to them and why they want to see Britney free, but I also think it’s a human rights issue and a gender issue. It’s the fans saying that they love Britney and want her to have a good life, we want her to have the human rights and the freedom and the privacies that fans have,” Evans said.

After several trips to rehab and checking herself into a mental health facility in 2019, it is no secret that Spears has struggled with mental health issues. Entering the public eye as a 12-year-old, she opened herself up to the world, which would include criticism from the media and paparazzi stalking her maliciously.

“Britney was way ahead of her time, trying to encourage people to embrace and own their bodies and sexuality, but was used while doing that…she was the scapegoat for misogyny and slut shaming,” Fina Valenzuela, a Seattle based aspiring sex educator, said.

“The media would have most definitely treated Britney differently if she were a male, and it’s obvious in the way they treated Justin [Timberlake]. He hasn’t gotten as much hate as she has and if anything, everybody glorifies his bashing of her,” Christy Vigil, a high school English teacher in El Paso, Texas, said.

Court hearings to debate conservatorship over Spears’ estate are set to continue March 17 and April 27. With Spears back in the headlines, the hearings are bigger than determining whether she will be freed of her conservatorship. Rather, they highlight human rights, and more specifically, women’s rights.