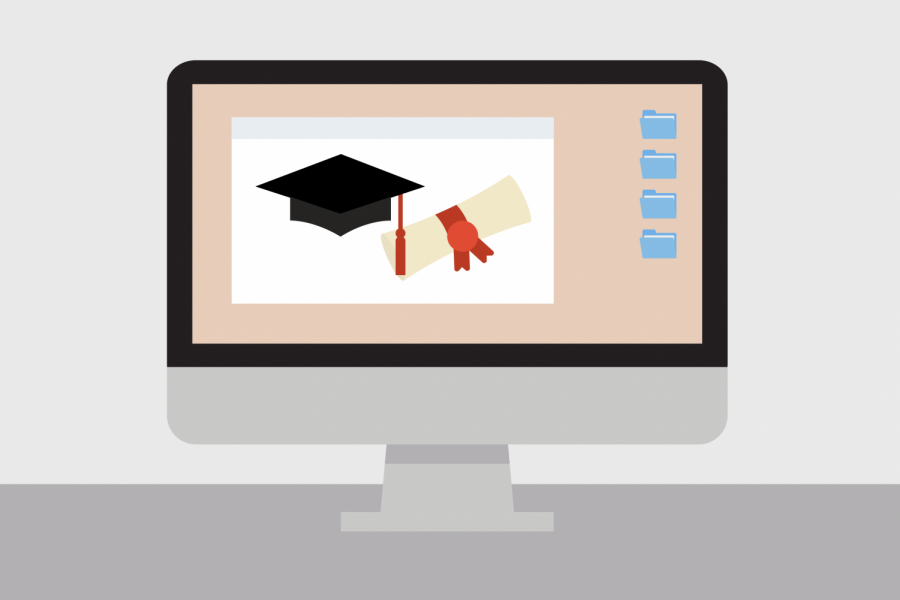 While the announcement was not surprising due to the continued health threat that large in-person gatherings pose during the COVID-19 pandemic, students in the current graduating class were hoping to have the chance to celebrate the major achievement of graduating college or law school in-person with their friends, classmates and family are experiencing a wide range of emotions.

The class of 2021 is following in the footsteps of the class of 2020, who had their graduation initially postponed, to  then be canceled due to  the ongoing COVID-19 pandemic. Seattle U graduates in the class of 2020 did not have a virtual ceremony, though the university extended them an invitation to partake in a future commencement ceremony.

The announcement that this year’s graduation ceremonies will be conducted via Zoom fits accordingly into an academic year riddled by health and safety protocols, forcing the majority of classes to be held virtually rather than in person.

In his email release, Sundborg noted the reasons as to why Seattle U leadership made its decision to plan virtual commencement ceremonies for both undergraduate and graduate programs. He highlighted the continued uncertainty as to when American society will reach herd immunity for the virus and be able to safely hold large in-person gatherings or events again. Sundborg also emphasized the need to prioritize the health and safety of the entire university community while ensuring that the event is inclusive of the graduating students and their families.

Seattle U Provost Shane Martin, whose office is primarily responsible for coordinating the yearly commencement ceremonies, elaborated on their decision-making process.

Seeing as Winter Quarter is coming to an end within the next few weeks, and with Washington’s current COVID-19 guidelines and restrictions, a traditional commencement ceremony is not plausible.

“Under the State of Washington’s current guidance, we would not be able to hold a ceremony, even outdoors, for the numbers of people that would want to come” Martin wrote. “It is highly unlikely that the situation will change appreciably in the next few months, given the lack of available vaccines. It is extremely doubtful that we could gather 10,000 or more people in mid-June.”

Tara Hicks, a nurse practitioner and Director of the Student Health Center at Seattle U, also explained that while she has not been directly involved in the university’s discussions regarding this year’s commencement, she has been advising the university against having large in-person events during the COVID-19 pandemic.

Hicks lent her medical advice as to why having an in-person graduation would likely not be a good idea given the high risk of community transmission of COVID-19 and the fact that case numbers remain very high in King County and across America.

“The more people someone interacts with and the longer those interactions last, the higher the potential risk of infection and COVID-19 spreading. Also, the higher the level of community transmission, the higher the risk of spread during the gathering,” Hicks said in an emailed statement. “To complicate the situation further are the new variants of SARS CoV-2.”

Like Martin, Hicks also commented on the slow distribution of the vaccine and its apparent insufficient supply. She hopes that cases will keep decreasing, yet she believes that there are too many questions to predict the state of American society and the COVID-19 pandemic in May and June.

Martin also explained that many students and families wanted the decision about the graduation ceremony to be made last fall, yet the administration held off as long as possible. He said that it was not feasible for them to continue waiting and delaying the announcement because, even with a virtual ceremony, administration still needs three to four months to plan it.

In addition to Sundborg’s announcement, Kristin DiBiase, Associate Dean for Student Affairs at Seattle U’s School of Law, conveyed a similar message to 2021 graduates of the law school. In an email directed to soon-to-be graduates, DiBiase began by sympathizing with the disappointed graduates.

“I’d like to begin by telling you that I share your disappointment. Completing law school is a major life achievement, and the rightful celebration that you have earned after several years of intense mental and emotional effort has been unfairly stripped from you by the pandemic. Your feelings of anger, sorrow and grief are real, and they are warranted,” DiBiase said.

DiBiase then provided additional context for the joint schools announcement regarding the cancellation of an in-person commencement. She made sure to point out that, although the law school often operates independently from the rest of campus, its students, faculty and staff are all part of the larger Seattle U community.

DiBiase revealed that after last year’s decision to cancel in-person commencement, the school received a lot of negative feedback from students and families who felt that they acted too slowly in making the decision.

“To delay a decision on in-person commencement now, with a much clearer understanding of our circumstances, would have been irresponsible and disrespectful on the university’s part,” DiBiase said about this year’s events.

For many graduating students, the announcement of the cancellation of an in-person commencement was expected, yet disappointing all the same.

Lance Slichko, a fourth-year civil engineering major, is planning on graduating in June. Slichko hoped that commencement would be in-person, though he understands how tough that would have been during COVID-19. Despite this, Slichko did think that the university may have made the decision too soon.

“I guess it is a little early to make the call to cancel it. But then again, there are some decisions they are making that faculty and students don’t have any idea about, so there is likely some reason for cancelling it. Nevertheless, three months is a little early, so they could have waited,” Slichko said.

Michaela Moore, a fourth-year marketing major, is going to be the first person in her family to graduate college. Moore said that if the university waited a few more weeks, the announcement wouldn’t have come as such a blow. She noted that it was particularly hard to hear right at the time that King County cases are decreasing and restaurants are starting to open again.

“I am disappointed about graduation. I am not so surprised and expected it, yet it hurts especially because graduation is so far out,” Moore said. “A few months ago Fr. Steve mentioned in an email that they were looking at in-person opportunities, possibly students graduating by college, especially if they break it down by major or graduating in small groups.”

The decision to cancel in-person graduation represents the latest disappointment for students following a year full of loss and uncertainty due to the ongoing COVID-19 pandemic . Yet, Seattle U’s administration hopes that the February announcement provides sufficient time for the school, students and families to plan accordingly.

Ultimately, Seattle U is working hard to make 2021’s Commencement ceremonies memorable virtual events that recognize the graduates for their academic achievements, hard work and perseverance.