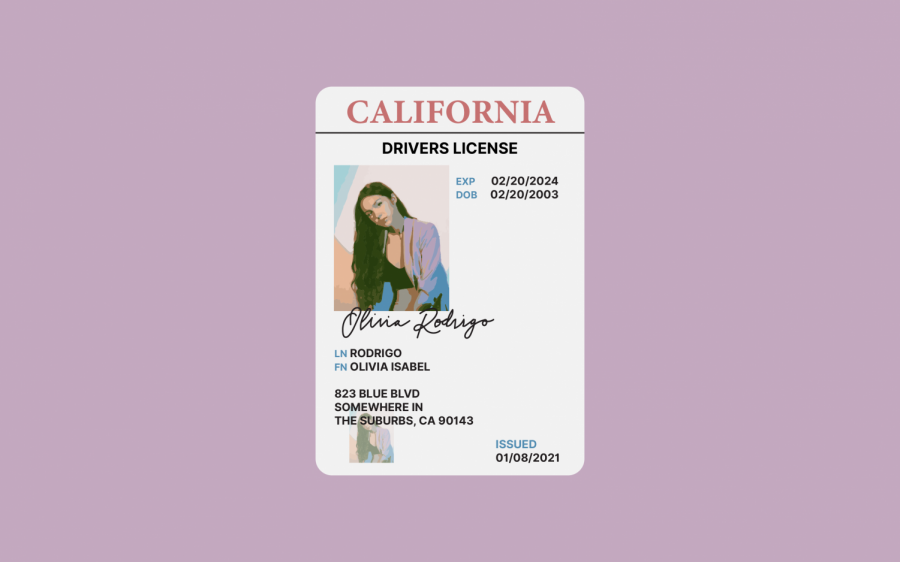 Olivia Rodrigo has broken the record for the most streams of any song on Spotify in a single day, and has taken Tik-Tok by storm with her new heartbreak anthem “drivers license.”

Released Jan. 8, “drivers license” has over 100 million streams on Spotify, setting the record for most streams for a non-holiday song in 24 hours. Tik-Tok creators picked up the song instantly. The song blew up on the app, which features an algorithm that morphs into a music promotional platform.

As most high school break up ballads do, “drivers license” has a familiar quality to many. Seattle University fourth-year Communications major Jamie Marcello thought that “drivers license” had a nice reminiscent feeling, even if it does appeal more to a younger generation.

“I really liked the song. I was talking to my roommate about it, and we were just wishing we were 17. It just brings some nostalgia to me,” Marcello said.

Rodrigo found fame as a member of the cast of the “High School Musical: The Musical: The Series” along with co-star Joshua Bassett, the alleged love interest Rodrigo sings about in “drivers license.”

The song struck fame soon after its release and has confused many. Rodrigo’s debut did not bring in an overwhelmingly vocal fanbase, so her sudden burst of fame was surprising for many, including Marcello, who wasn’t quite sure why the song blew up like it did.

“It’s sort of funny, my sister and I actually watched the High School Musical TV show she was in, but I don’t feel like a lot of people have seen that show. I think the song has gotten way more popular, obviously, than the show has,” Marcello said. “Maybe a big part of it is there hasn’t been a lot of fun gossip or drama lately. It brought forth the opportunity for drama, which I guess is a nice distraction for everyone right now.”

When asked about the shade Carpenter threw with the release of her song “Skin,” Riley Gough, a second-year pre-major student, sided with Rodrigo, even though “she called out the blonde girl!”

Gough thought that “drivers license” was good, sad and has listened more times than her Apple Music algorithm can count.

“I think it’s a simpy song that appeals to a lot of young girls. I just really like the way she sings, even though the song isn’t the most original. She has a really pretty voice,” Gough said. “I think Sabrina shouldn’t have clapped back because Olivia is only 17 years old and it all seems really immature.”

The public drama component has definitely fueled the popularity of both “drivers license” and now “Skin.” Virginia Jacobs, a fourth-year psychology major at Seattle U, preferred “drivers license” over Carpenter’s revenge track, feeling that the song was different from the more repetitive music she’s heard recently.

“I’m interested in the drama of it all just because I think it’s funny and interesting, so I definitely listened to that song more through the lens of the drama rather than the actual song,” Jacobs said.

Jacobs was also drawn in by the similarities the situation has to early Disney couples.

“There hasn’t been a lot of this type of drama about famous people for younger people in a while. It reminds me of Taylor Swift, the Jonas brothers and Selena Gomez,” Jacobs said.

Tik-Tok can play a prominent role in the fame of any popular song, and Marcello noted that she consciously chooses not to use the app.

“I don’t have Tik-Tok, which is a very intentional choice because I really don’t like the culture around people making music for Tik-Tok,” Marcello said.

Jacobs started to see an influx of “drivers license” content on Tik-Tok, more so than when the song came out. She doesn’t think Tik-Tok has advanced positive music trends though, and thinks it’s changing music for the worse.

“I’m not a fan of how most songs that are played a lot turn into radio songs and just go viral because they’re used on Tik-Tok. I feel like most of them aren’t very good—they’re just easy to use on the platform,” Jacobs said. “A good song generally is very different from songs that are very easy to make Tik-Toks to. Just because it works on that platform, doesn’t mean it has to be a big song on the radio, but that’s kind of what it’s turning into, and I’m not a fan.”

Whether the song was heard on TikTok or the top charts, “drivers license” has been one of the most played songs in the recent past, reminding both young and old what teenage heartbreak sounds like.