Out with the old in with the new: Biden-Harris’ Fashionable Debut 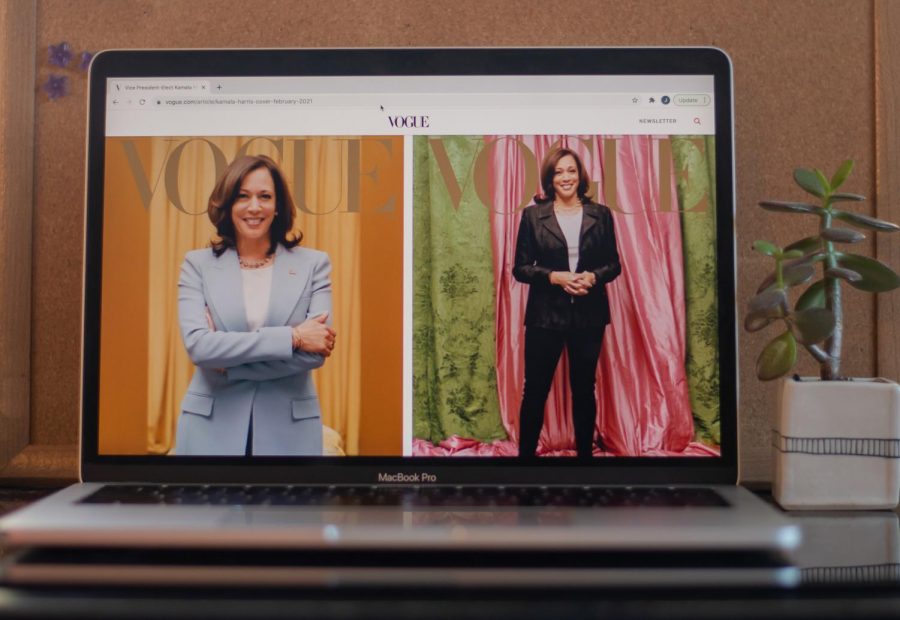 In a ceremony that sets the tone of a new presidential administration, eyes were focused on those attending the 2021 Biden-Harris inauguration. Now stepping into their official political positions, fashion becomes a pivotal aspect in giving the public more insight as to who they are. From the varied blue and black hues of suits and ties to lapel pins to pillbox hats, many articles of clothing have long defined administrations. American designers were the focus of the inaugural ceremony this year, highlighting a scale of artists from across the country.

“Fashion can be important for politicians, it projects a lot of things about the leaders and therefore the nation itself,” Bachofer said. “That should be a part of the larger conversation though, the fashion of these politicians shouldn’t distract us from all the work that needs to get done.”

Janae Dasef, a University of Washington alumna, was amazed by the outfits at the inauguration and noted the monochromatic nature of the womens’ suits as powerful.

“What’s really in right now is the one color suit, and I wonder if that is to portray some sort of powerful image. I remember when Hillary Clinton started doing it in 2016, I don’t know if she was the first, but I feel like that was the first time I noticed fashion in politics,” Dasef said.

Kamala Harris, the 46th Vice President, wore pearls, as did many members of Harris’ alma mater Alpha Kappa Alpha. Today was an important moment, as many women from the sorority were joined in the community by strands of pearls. Harris’ purple suit symbolized the cohesion of red and blue in a display of unity.

“It was interesting that not a lot of them were wearing red, white and blue, because in the past, many female politicians would wear all red suits or all blue suits,” Dasef said. “I know Kamala’s suit was purple because it was one of her campaign colors so I thought it was an interesting deviation.”

Harris has continually faced media scrutiny about her clothing choices, Bachofer added, as a harsher and more judgemental view of the public is turned on the first female vice president.

“There is definitely a double standard for how women are viewed in the public eye…so fashion will be something that the media will focus a lot on for Vice President Harris,” Bachofer said. “It’s unfortunate that people are so worried about how she looks, when really it is a way to judge her as a woman in power and distracts from her political goals.”

Jill Biden wore a light blue tweed coat with a mask to match, made by American designer Alexandra O’Neil. Historically, the first lady’s clothing has been the eye of the media, but now that a woman is included in higher administration, Dasef thinks this may change.

“I feel like there was a lot of focus on Kamala as she’s the first female person of color vice president; all of these firsts are being broken so I definitely think the media attention will remain on her throughout the next four years, and hopefully longer,” Dasef said.

Former President Barack Obama and Former First Lady Michelle Obama were present, reminding Dasef of the days Michelle Obama’s outfits were at the height of the news cycle.

“Michelle Obama’s fashion was really covered during the Obama administration, so I’m wondering if that will be similar for Kamala and it does seem like a bit of a double standard,” Dasef said. “I hope one day we could have a male president who can wear kooky, awesome, powerful statement pieces and not get judged by the media.”

Bernie Sanders’ mittens were a topic of conversation as they were a gift from Jen Ellis, a second-grade teacher in Essex Junction, Vt., his home state. She repurposes old wool sweaters, sewing them together with a lining made of fleece derived from recycled plastics. Sanders’ mittens also accompanied him on the campaign trail at the end of 2019.

Fashion can also show the priorities of the wearer, says Zach Child, second-year marine and conservation biology major. Specifically, he noted the materials and message of Sanders’ mittens.

“I really liked the gloves that Bernie Sanders wore to the inauguration. I heard that they were made from recycled materials, which I think is really important for fashion these days,” Child said . “It’s a statement, intentional or not, about the importance of sustainable fashion and keeping your hands warm.”