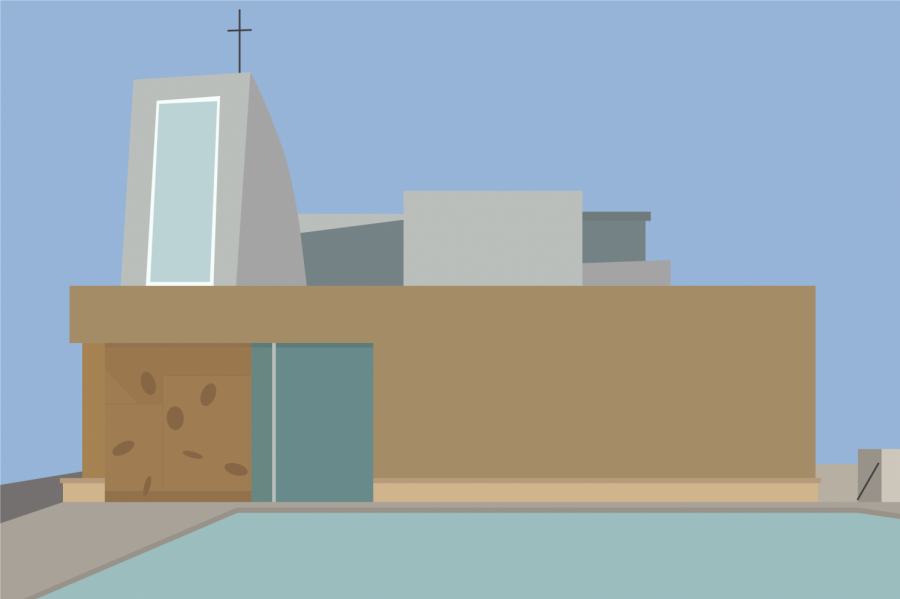 With the stress of finals piling up alongside the holidays and the pandemic, Seattle University offers sacred spaces around campus to find peace in these busy times. One of these places is the Ecumenical Chapel, located on the first floor of Campion Hall.

When the Chapel of St. Ignatius was constructed in 1997, the Campion chapel was converted into a space for all Christian denominations.  Associate Director of Campus Ministry Erin Beary Andersen described the history of the space and its various uses.

“The School of Theology has used it as a space for a liturgical training ground for its grad students’ right in helping them prepare to understand how to do a Protestant liturgy and any number of denominations, because it’s not a specifically Catholic space,” Beary Andersen said.

She also highlighted the importance of the baptismal font within the space, which signifies the common sacrament between all major Christian groups.

The Multifaith Prayer Room in Campion Hall is on the same floor as the Ecumenical Chapel, and was designed with Islamic prayer practices in mind. It includes areas for ritual cleansing and spaces for rugs and other spiritual items.

There are also prayer rugs available, and shoes are prohibited due to the importance of prostration in several religious practices. The room hosts Jewish, Hindu and Buddhist prayer groups.

There are also several small spaces that some living within residence halls may not be aware of. Chardin Hall, named after Jesuit Pierre Teilhard De Chardin, is home to a small chapel that was designed when Seattle U acquired the building. Beary Andersen, who is herself Episcopalian, took part in designing the chapel.

“I got to help design that Catholic space, which I think is so beautiful and so small and intimate, and I think that’s a space that not enough people know about,” Beary Andersen said.

She further described the architecture of the room.

“I love the way you know we designed the backdrop of the chapel, if you’ve been in the Chardin Chapel, you know that you look out to this rock wall and that’s a nod to Chardin’s mass on the world,” Beary Andersen said.

“The Chapel of St. Ignatius is the best place for prayer for me, especially when I can stop in there and am alone and it is so quiet.  I find the lighting there is very helpful for prayer,” Sundborg wrote.

In addition to indoor spaces for prayer and reflection, there are also outdoor areas which provide calm and quiet to the community. President Sundborg highlighted the area behind the Administration Building.

“I sometimes walk around the garden behind the Administration building for a lap or two of prayer when decisions are weighing on me,” Sundborg said. “I stop at the shrine of Mary along that pathway asking for her intercession in my prayer.”

The garden is also a popular place for praying the rosary, because the length of a decade of the prayer is roughly equivalent to the time it takes to return to the statue of Mary.

“It’s a pretty convenient place to go on campus and it’s secluded, quiet and peaceful enough where I don’t feel like I’m on a college campus or in the middle of the city. I can just walk the path or sit down on the bench and find some time to unwind and do some personal reflection.”  Hagape said.   “It also has the pond with the fishes and the rabbits so it’s always a plus to see some wildlife.”

Seattle U students, faculty and staff are working to complete a stressful quarter. For those remaining on campus, December will offer virtual opportunities for prayer and reflection across the university.