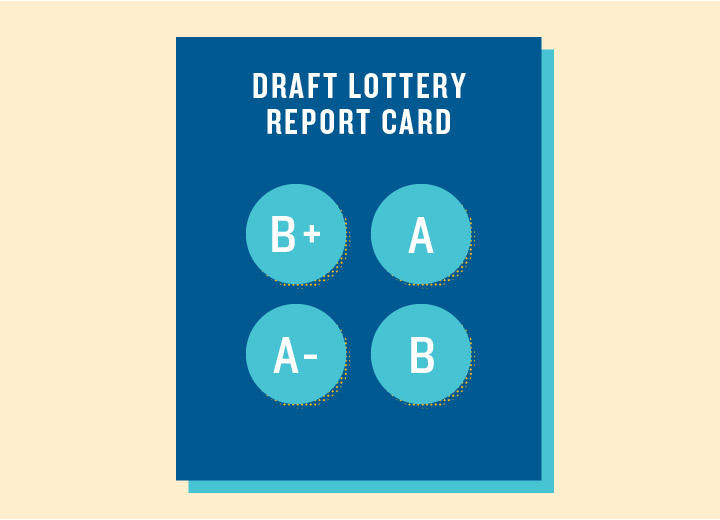 In a season unlike any other, the NBA draft was held Nov. 18. The draft lottery was set Aug. 20, when the draft order of the first four picks was determined by the random selection of four ping-pong balls from the lottery machine.

Fans watched anxiously, hoping luck would be on their side. By the end of the night, fanbases of the Minnesota Timberwolves, Golden State Warriors, Charlotte Hornets and Chicago Bulls remained hopeful that their team could draft a franchise-changing player.

With the 2020-2021 season set to begin Dec. 22, fans will only have to wait a month before they are able to analyze how this year’s draft class affects their team. Until then, sports analysts will offer their opinions on the class, analyzing whether or not teams fulfilled their biggest needs.

After comparing my NBA knowledge with insight from fans, I have graded every lottery team based on the following criteria: draft prospects rating prior to the draft, whether the team fulfilled a need, players value, talent and potential.

The Timberwolves were set on the offensive side of the ball with Karl-Anthony Towns and D’Angelo Russell, meaning their offense may have become even more explosive by adding Anthony Edwards. Edwards is an explosive guard, making him tough to contain. He is a scorer that plays well both on and off the ball, making him a great addition to the Towns-Russell duo. However, like most draft picks, the Timberwolves will have to invest in his growth and surround him with the right staff that will maximize his talent. While Edwards has proven his elite athletic ability, I question his ability to improve the defense in Minnesota, which was one of their biggest needs going into the draft.

“Russell and LaMelo Ball would not have been the most effective in a two guard offense. Edwards brings versatility to the floor that the team needed. While Ball may have been the much more flash pick, Edwards is the much more effective and practical pick for the team,” Patrick Swenson, head manager for the women’s basketball team at the University of Minnesota.

In what felt like the beginning of a dynasty, the Warriors found themselves competing for one of the top picks in the draft after losing their two star guards, Klay Thompson and Stephen Curry, due to injury in the 2019-2020 season. One of the needs going into the draft included improving their frontcourt. Wiseman adds size to the Warriors roster, standing at 7’1” with a 7’5” wingspan. He will be an impact player at the rim once he is able to maximize his reach, timing and quickness. While I question his offensive efficiency, Wiseman will benefit tremendously playing alongside Curry and eventually Thompson when he returns from injury in the 2021-2022 season.

“I like the pick but I wasn’t a huge fan of this draft so I would’ve preferred to trade back. He seems humble which will fit well into our culture. If Wiseman can get double digit rebound numbers for us, that will be massive. He should be able to take some pressure off Draymond [Green] and Steph [Curry] when he gets beat by a more explosive guard,” Jake Pulos, lifelong Warriors fan and former Bay Area resident.

The Hornets are at a point in their rebuild where they need a star. While the franchise received production from Devonte’ Graham, Terry Rozier and P.J. Washington, the franchise was missing a true star. After the buzz surrounding LaMelo Ball before the draft, it seems that he may be the perfect fit for the franchise. Prior to the draft, the Hornets had made it clear that they believed this was a three-player draft. Therefore, it makes sense that they would select the third player left of those three. Ball has elite size for a point guard. He makes the team a “must-watch” simply because he brings a huge amount of start power to the roster.

“Ball was a solid pick because Charlotte will be able to build around him. He has shown that he can perform in arguably a top five league in the world. He is young and his vision and length will be a good addition to the team,” Payton Glasser, third-year student at Central Washington University.

Chicago taking Williams with the fourth pick of the draft might be the most intriguing pick of the four lottery winners. The Bulls needed a low-maintenance playmaker to add more wing depth. The Bulls took a calculated risk on Williams considering his upside. While he is a raw offensive player, his physique and versatility create a high ceiling for the youngest college player of the draft.

“Williams is a raw talent but he’s very young which is a plus. I’m mainly trusting in Arturas Karnisovas because he drafted very well as the assistant GM in Denver the past couple years, especially when it comes to these low floor high ceiling guys,” Jackson Hampton, live data entry operator at Sportradar.