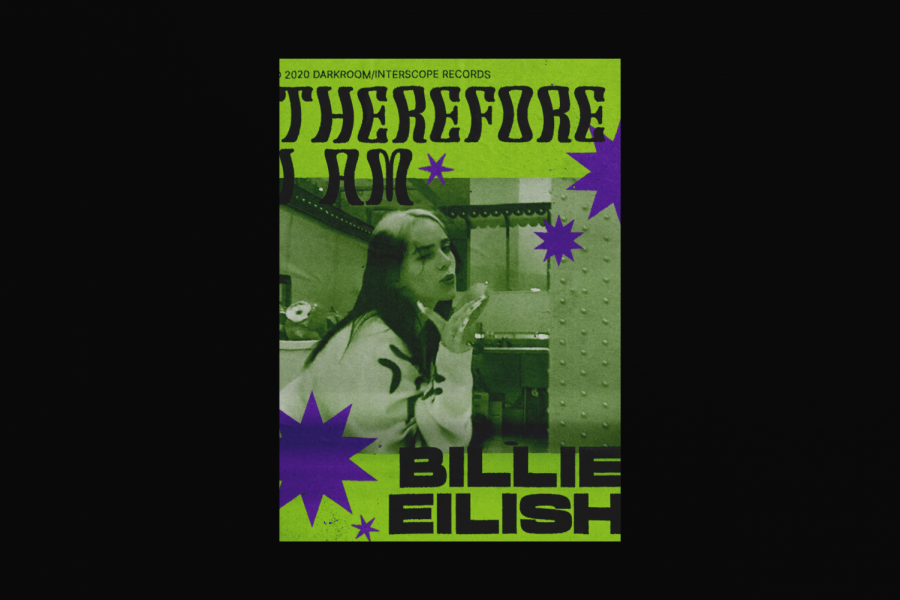 It is day two hundred—something of quarantine, but by now everyone has lost track. The passing of time hasn’t applied for months, and the only thing that gives joy is a brief glimpse of the sun before it too retreats behind a mask of clouds to maintain distanced COVID-19 etiquette.

The music on a randomized Youtube playlist begins, becoming more clear. It is no longer background noise. Now, the lyrics are offering a final ray of hope:

“Cogito, ergo sum.” I think, therefore I am.

This is the title of Billie Eilish’s newest hit song and music video released earlier this month. The song applies French philosopher René Descartes’s theory of human consciousness, which surmises that we exist, if only because we are going through the trouble of doubting the authenticity of our own existence in the first place.

Unlike Descartes’s lauded theory, Eilish’s rendition of “Therefore I am” manages to express both gleeful scorn for those who doubt her and her teenage flippancy, very reminiscent of Eilish’s signature style.

Born in response to the criticism Eilish receives as a public figure, “Therefore I am” is the ultimate classy love letter to those who look down on her work. The lyrics reassure listeners that Eilish has no reason to value the thoughts of millions of strangers who chime in on her lifestyle choices. She maintains that her own opinions are the most important within the hierarchy of her mind, as she sings, “Don’t talk ’bout me like how you might know how I feel,” while dancing around in an empty shopping mall.

Better yet, the catchy lyrics are only supported by the visuals. Eilish’s accompanying music video puts her among artists who have continued releasing music videos during the COVID-19 pandemic. But where musicians like Taylor Swift opted for an ever-changing, detailed set to keep audiences’ attention in her video for “Cardigan”and Doja Cat animated her music video for “Like That”, Eilish decided to keep all eyes on herself.

In this particular video, Eilish has taken on a minimalistic approach. With only a single, masked camera man acting as the audience POV and following her every move, Eilish dances and scrambles around an empty mall complex, generally enjoying being herself in an isolated environment free from judgement.

The video also gives Eilish an opportunity to more explicitly bite back at her critics, especially after years of feedback on her body. She haphazardly scales the counters of whichever nearby food stall catches her attention, grabbing doughnuts and pretzels.

As the video progresses, she slowly accrues a bouquet of humanity’s  guiltiest delights: mall food court fare. She casually eats fries before running away with her bounty. This is Billie Eilish at her best. Belligerent, rebellious and willing to have a little light-hearted fun prancing around a mall, even as she uses the new song as an avenue to explain how easily she disregards shallow criticisms from the many voices that compete for her attention.

Thematically, this video is a perfect fit for the song itself. Eilish is the centerpoint of nearly every shot. One cannot help but notice her fluid movements, bright clothing and hair amid the drab, empty mall background.

More importantly, the song is a signifier of how the music industry is moving forward. As the pandemic rages on through a second wave of COVID-19, Eilish’s music video is a glimpse into the creative measures that the industry has had to implement in order to keep creating content—with safety in mind.

While it is possible that the current number of views on Eilish’s video are just a fluke or a result of fans who are starved for content, this makes capitalizing on the increased time people are spending online even more important for the industry. In fact, Eilish’s two-person shoot reveals that adapting to our new, socially-distanced ways is not only possible, but can also allow artists to develop new video concepts that are met with equal amounts of success.