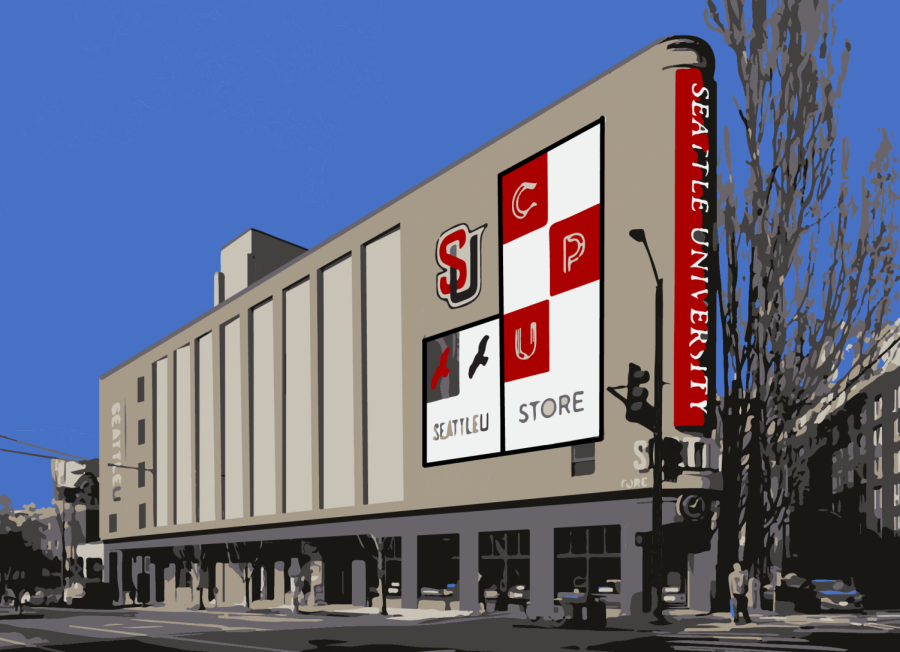 At the time of publication, the United States is hitting record numbers of COVID-19 cases nationwide, with the new case average reaching over 150,000 daily. With a second round of lockdowns being planned for the coming weeks in states across the country—including Washington—the Seattle University campus is no exception to this trend. With more than double the number of confirmed COVID-19 cases on campus during November, the Seattle U community is feeling the firsthand effects of the ongoing pandemic.

According to the Seattle U COVID-19 cases dashboard, there have been 23 positive cases as of Nov. 17—nine of which are students. This is significantly higher than October, where only five confirmed cases were accounted for.

Governor Jay Inslee announced a new round of restrictions as the state of Washington enters a new lockdown in an attempt to control the spread of COVID-19. As of Nov. 16, all indoor gatherings with people outside one’s household were prohibited, as well as outdoor gatherings greater than five people. Bars and restaurants suspended indoor services and a variety of venues, like gyms and movie theaters, were closed completely.

In an effort to prevent further spreading, the university has set up quarantine and isolation housing for students that might have contracted the virus. Chardin Hall is set up as a quarantine space for those that have come into contact with any positive cases, while the Yobi Apartments are being utilized to house and isolate students confirmed positive with COVID-19.

The official procedure for testing recommends a nasal self-swab for students that may have come into contact with individuals who tested positive for COVID-19, in accordance with King County Health and Center for Disease Control (CDC) guidelines.

In a statement regarding self-quarantine and testing procedures, James Willette, the Associate Vice President and Dean of Students at Seattle U, stressed the importance of following correct protocols.

“Students who are moved to Chardin for quarantine are being asked to call the Student Health Center (SHC) to coordinate testing through their office,” Willette said.

Following ill-advised Halloween celebrations, the recent Presidential election and people spending more time indoors as the end of the quarter approaches, several positive cases were reported. One case was traced back to Halloween night, where at least one student tested positive.

Jess Woolfolk, a first-year environmental studies major, spent time with the student later confirmed to have contracted COVID-19. Once they tested positive, she was one of an estimated group of ten students who were moved to Chardin to quarantine.

Woolfolk said that the process consisted of an email from public safety regarding the move to Chardin, but before she could finish reading it, they knocked on her door with a red moving cart.

“It was pretty hard to figure out what I was supposed to do once I got into quarantine,” Woolfolk said. “I feel like we really had to fight to get testing because no one really told us what was going on, especially with the amount of people I contacted.”

This was a common complaint for students in quarantine, as hectic changes coupled with limited information about their situation resulted in added stress on top of possible COVID-19 exposure. A student who asked to remain anonymous agreed that for students taken to quarantine, communication was of utmost importance to provide a general peace of mind.

Tim Albert, the Interim Director of Housing and Residence Life, agreed that student mental health is a priority of Seattle U during current times.

“We are trying to have more people be in contact with students—that is something that we’ve really learned from this quarter,” Albert said. “For students, this can be really a scary time, so having people check up on them and be able to talk is definitely a priority. When it is just a student or two in quarantine, I can usually just reach out myself, but with more students, it can be a challenge.”

“I think it’s weird that they want us to go off-campus for testing, especially when I thought we were not supposed to be leaving Chardin,” the anonymous source said. “I know they have testing here, but no one really explained what we should do. It took me a couple days to figure out what was going on—which if I was sick, could have been really bad.”

The Seattle U SHC was unable to be reached for comment on the issue.

Woolfolk and the anonymous student both expressed their concern over the surveillance of Chardin residents from the university. They echoed that they felt it was strange there was little oversight of the students in quarantine.

“As far as I can tell, there is no one else here other than students,” the anonymous source said. “I think the only thing stopping us from just leaving is the fact that I don’t want to get others sick.”

Walking around campus, it is not uncommon to see people still interacting with one another—sometimes in large groups and without masks. In order to ensure students are following the rules set by the university, a policy was implemented where repeat violators were asked to go through the student integrity formation process. For some students, this can be a consistent issue. According to Albert, these individuals face significant disciplinary actions—which includes being removed from campus altogether.

“We haven’t had a whole lot of issues because with a lot of students, once you remind them, they stop,” Albert said. “We haven’t needed to take any serious drastic action with students so far, but we reserve the right to do so if needed.”

The Seattle U Campus Store also experienced an outbreak Nov. 14, when a non-student worker tested positive for COVID-19. Marc Parrish, the bookstore manager, explained that both himself and other employees promptly took precautionary measures, testing themselves and sanitizing the entire store.

“My employee got tested on Saturday and received positive results that same day,” Parrish said. “My entire team got tested, despite likely last seeing [the individual confirmed with COVID-19] before the contagious period. While two are awaiting results, the other eight tested negative.”

One of the student employees that came in contact with the positive case, Nathan Pratt, a fourth-year finance and management major, spoke to how quickly Seattle U worked to get control of the situation before it could spread.

“It was handled well, and it was good to see the university and the Follett Company step in and tell us what needed to be done,” Pratt said. “It shows that they’re taking it seriously and taking the rights steps to make sure everyone is safe.”

The university also did not clarify when quarantined individuals would be allowed to return to their regular quarters, according to Woolfolk. During a time when many students are set to leave campus for the holidays for a prolonged period of time, this quickly became an issue. Since their interviews, both students have been released from quarantine after only seven days—an entire week sooner than the university’s official policy and King County Health Guidelines.

And with the upcoming six-week break, comes the impending stress that final exams bring for the Seattle U community.

“I really had to scramble to get all my stuff, and I actually left some textbooks behind,” Woolfolk said. “Not only that, but I am in the honors program, so I have in-person oral exams that I have to be able to prepare for. I’m worried that missing that will affect my grade. Professors have been really nice, though, to make sure that it isn’t stressing me out too much.”

With COVID-19 cases skyrocketing across the country and a vaccine a long way off, it remains to be seen if Seattle U is at risk of having a full outbreak on campus in the coming weeks and months. As of Nov. 18, two more students have been moved into isolation and 16 have been moved into quarantine.