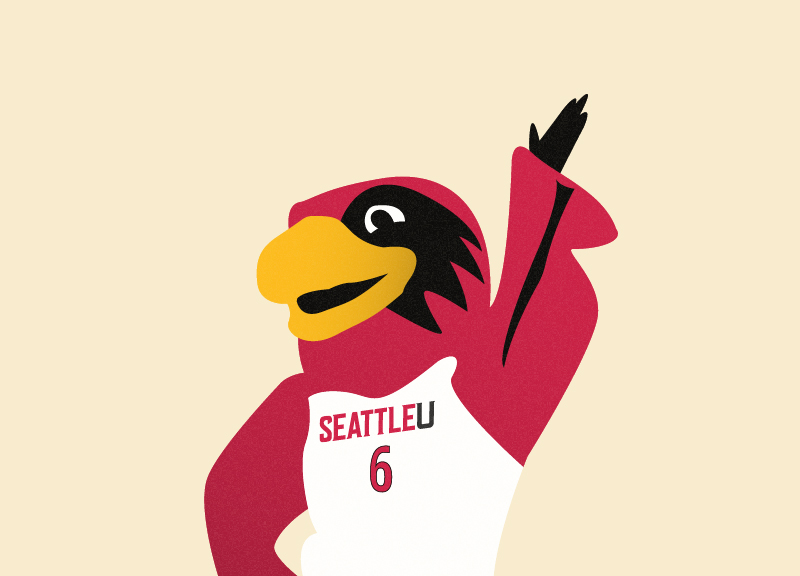 COVID-19 has presented many challenges to the college sports arena as leagues have installed new safety protocols, forcing a new normal onto the players.  Practices look different now as they have to play in pods with masks and cause coaches to change their tactics. For coaches specifically, this has created an all new hurdle they must overcome.

“Nothing has been the same because you first have to be aware that your opponent is the virus…then you start worrying about putting your team together to be successful against the opponents that are on the court,” Hayford said.

Both teams are putting safety first and taking precautions with smaller group practices, all in hopes of beginning their season on Jan. 15, the scheduled start date for competition.

Seattle U’s Women’s Basketball team is scheduled to open their season with an away game against Utah Valley University, on Jan. 15. The team is coming off a season cut short during the 2019 Western Athletic Conference (WAC) Tournament, due to COVID-19. However, they ended their season playing their best game of the year, defeating Utah Valley, the tournament’s second seeded team.

This year’s team will look much different, with the addition of seven freshmen. With the departure of five seniors—two of them top scorers—it will be a year of rebuilding.

“Our goal every year is to put the best team forward, stay away from injuries, and be ready to compete for a WAC championship title,” Barcomb said.

WAC coaches poll ranks the women’s team at sixth place in a nine team division. More effort and work will need to be done in order to earn a championship, but this is not impossible.

Junior-Redshirt Guard McKenzi Williams and Junior Guard Courtney Murphy, were both named to the Coaches Preseason All-WAC Second Team. Williams is currently recovering from an ACL injury but is expected to return in December. Murphy, known for her skill as a 3-ball shooter, is predicted to further strengthen the team’s offense.

Seattle U’s Men’s Basketball ranks fifth out of nine teams in the WAC preseason poll. Things to look for this year include analyzing how Coach Hayford fills the point guard position.

Terrell Brown, transfer student from the University of Arizona and Morgan Means leave the point guard position wide open after graduating in 2020

Fans should be excited about Junior Forward/Guard Riley Grigsby, who was the only SU Men’s player named to the Coaches Preseason All-WAC Second Team.

“Grigsby is tremendously hard working. He embraces his responsibilities, has great follow through and is really committed.” Hayford said.

Spotlights will be on Grigsby and teammates on Jan. 15 when they open the season against Utah Valley, who is currently ranked seventh in the WAC.