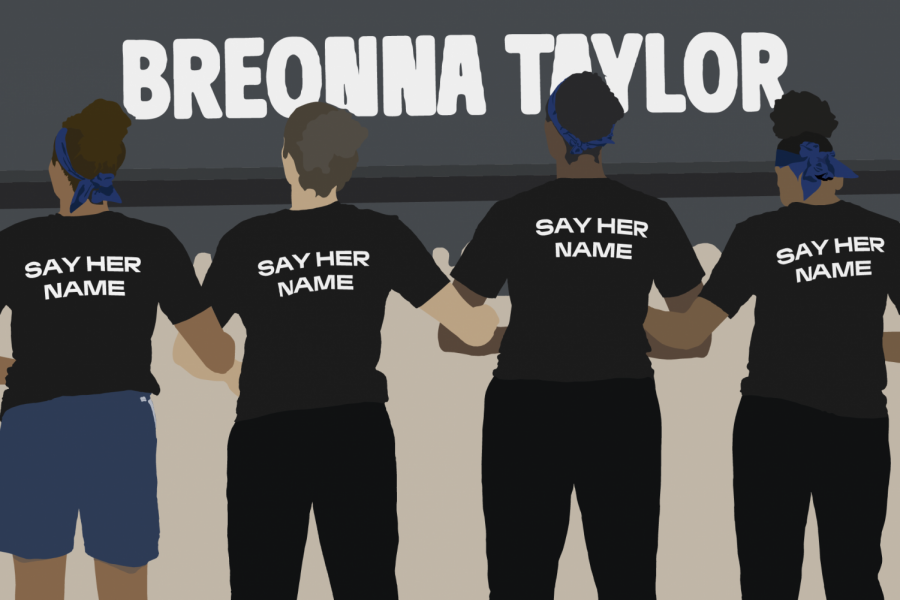 Just 15 days after the Seattle Storm won their fourth WNBA championship, they became one of the first teams to endorse a presidential nominee. In a move rarely seen by professional sports organizations, the Seattle Storm have chosen to officially endorse Democratic candidates Joe Biden and Kamala Harris for the 2020 presidential election.

Throughout history, there has been a notion of keeping politics out of the professional sports world.

An expectation has been set for professional athletes: entertain an audience and stick to playing your sport. This expectation was made clear when Laura Ingraham, a Fox News Host, told NBA basketball star, LeBron James to “shut up and dribble,” insinuating that James gets paid $100 million a year to play basketball, not speak about politics.

In a phone interview with Ginny Gilder, one of the three businesswomen who own the Seattle Storm, she  explained why athletes cannot simply ignore politics.

“Sports are a reflection of the rest of life. Nowhere in the rest of life does politics not enter in. Politics are the process of deciding how we are moving forward as a country.” Gilder said.

She further explained her ideology of political involvement within the sports industry.

“I, as a feminist, and as someone who started in sports in 1975 and had to deal with Title IX as a 17-year-old, cannot understand how people think reasonably that sports are not a part of politics. Any woman who tries to become a professional athlete knows that politics are involved. Any transgender athlete that wants to compete knows that politics are involved are a part of the sports landscape,” Gilder said.

Rather than sitting silently and waiting for the outcome of the 2020 presidential election, the Seattle Storm decided to use their platform to take a stand. The announcement came Oct. 21, when the organization posted a photograph of Joe Biden and Kamala Harris on their Instagram. The post featured two photos with a caption that said: “Join us in support of @joebiden and @kamalaharris.”

While some of their fanbase has said this is a courageous act by the Storm, Gilder would disagree.

“I don’t think this was courageous. People should think about what’s most important to them when deciding what they’re going to do and not let other people decide what’s risky and courageous. When you figure out what your own value system is, let those guide you,” Gilder said.

The reactions to the endorsement have been mixed. While fans have been proud of the organization for continuing to use their voices to fight for social justice, others think that the Storm should stick to playing basketball.

The weight of this election was too much for the Storm to silence their voices. Ultimately, the Storm organization was not too worried about how their endorsement might influence other professional teams.

“We don’t think too much about whether it’s setting a precedent for other teams to follow. We don’t concern ourselves with what other people or other organizations are going to do. When we make a decision like this, it’s part of an ongoing conversation,” Gilder said.

Gilder explained it is not an anomaly that the Storm have used their platform to speak about political issues.

In 2017, the Storm supported Planned Parenthood with a pregame rally and fundraising. The team and its players have also spoken strongly in support of the Black Lives Matter movement and women’s rights.

Before the start of the 2020 season, the WNBA also dedicated its season to Breonna Taylor, a Louisville resident who was fatally shot in her apartment upon forced entry by the Louisville Metro Police Department (LMPD).

“We’ve talked for a long time about if we want to endorse candidates, and the answer has always been no. However, this time is not a typical time because we believe the country’s future is at stake,” Gilder said.

While this is the first time a professional sports team has come out and openly supported a political candidate, it is not a secret that owners of sports teams support political parties and candidates.

According to ESPN, sports teams owners have contributed nearly $47 million in federal elections since 2015. In the 2020 election alone, owners have donated $10 million to Republican causes and $1.9 million to Democratic causes.

The Storm’s decision has captured the attention of the Seattle University’s Women’s Basketball Team, in which Head Coach Suzy Barcomb feels empowered by the Storm’s actions.

“The WNBA have always used their collective voices to bring attention to social injustices. The Seattle Storm have been at the forefront of using the team’s platform as well as individual athletes taking a stance against social injustices,” Barcomb wrote in a statement to The Spectator.

Barcomb continued on to explain why politics played a large role in the 2020 WNBA season.

“This year, those voices we’re amplified due to the current political climate and the egregious acts of hatred committed by law enforcement. I applaud the women of the WNBA for shining an enormous light on what is a very dark part of our history,” Barcomb  continued.

The Storm is using their platform to ensure that young voters make their voices heard more in this coming election because the youth will be the most affected by its possible implications.

One of the easiest ways to get involved in politics is to vote. In Washington State, you can still register to vote for in-person voting and cast your vote in-person up until Election Day Nov. 3.

There are many other ways to get involved politically and voice your opinions. The Storm emphasized that no one should be afraid to stand up for what they believe in. Gilder concluded, it might feel risky, but it’s riskier than not doing it at all.