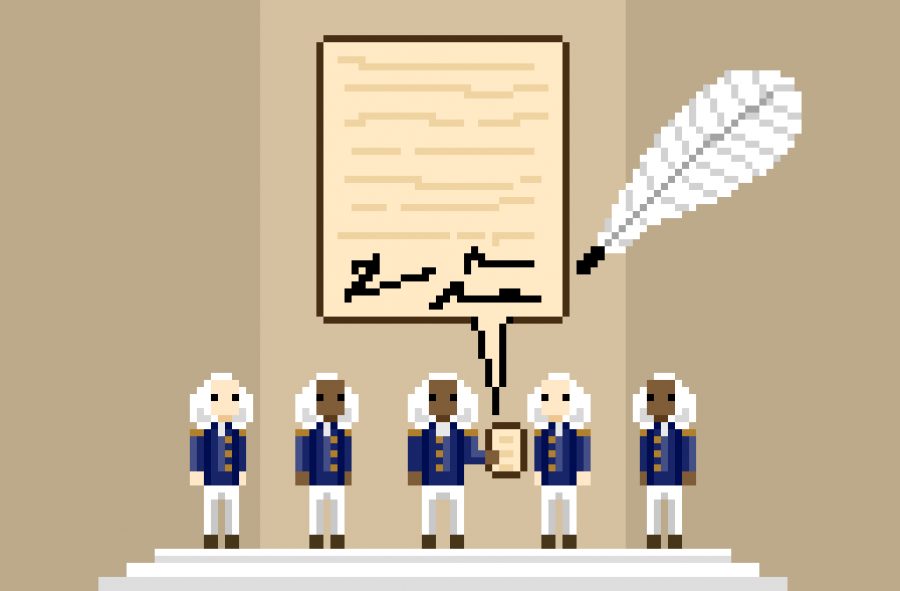 Despite a year filled with everything but the expected, Seattle University representatives have released a long-awaited plan to address racism, diversity and inclusion on campus and within the community. The development of the program came from Natasha Martin, The Vice President for Diversity and Inclusion, but each cabinet member and Dean also endorsed the commitment attached to the program.

In the official announcement released to Seattle U students, Natasha Martin stressed the importance of Jesuit values within the university’s community and beyond.

“As Seattle University, we will move forward with greater intentionality and collaboration to make racial equity and anti-racist education more than a stated value of our Jesuit Catholic character, but transformative and sustainable institutional practice,” Natasha Martin wrote.

LIFT, which stands for listen and learn, impact through intentional action, fail forward and transform together, is meant to be the action plan for racial equity and antiracism at Seattle U. Within the program, there are five main areas administration, faculty and students should focus on.

Seattle University President Fr. Stephen Sundborg, S.J. discussed using the momentum of the moment to propel these ideas forward across campus. As ideas often get lost in translation or implementation, Sundborg wanted to ensure that students do not pass this moment in time.

The Commitment to Live and Lead for Racial Equity and Antiracism for 2020-2021 was signed by each Dean at Seattle U, as well as all of the cabinet members. This commitment is meant to show how leaders on campus can advance inclusivity efforts at Seattle U.

“Importantly, however, this leadership commitment reflects how we, as administrative leaders, enter relationships with our Seattle U community for the good of our students, and take seriously the sign of the times and social movement for Black lives…The statement reflects our commitment not only to help prepare students to make a difference in the world more broadly, but also to directly address ways and places in which institutional, structural racism and white supremacy are present in our systems, processes and culture,” Natasha Martin wrote.

Highly ranked cabinet members Sundborg and Seattle U Provost Shane Martin signed the commitment and expressed their support of the program on campus, along with their thoughts on what they hope students will gain from LIFT.

“All students at Seattle U deserve the kind of education where they can be successful. This is especially true for our BIPOC students and those from other historically marginalized communities such as our LGBTQ students,” Shane Martin wrote in an emailed statement to the Spectator. “LIFT SU has the potential to create a more inclusive and welcoming environment that will attract even more BIPOC students. Seattle University must invest in these communities because it is a core part of our mission and direction for the future.”

Sundborg shared his reasoning for signing, stressing the value in commitment to the cause.

“I felt that as President of the university, it was absolutely necessary to set the pace in regard to declaring publicly the commitments that are there. [By signing the document] I am indicating my commitment to this,” Sundborg said.

While LIFT will be implemented for the 2020-2021 academic school year, the impact of the program aims to influence the community long-term. Furthermore, many of LIFT’s focuses will take longer than one year to complete—meaning the program will develop further and most likely be renewed next year.

“It was clear we needed to be more assertive in taking action. Nastasha Martin created and designed LIFT back in August and announced it coming forward into the new academic year,” Sundborg said. “It is a longstanding implementation of what the recommendations were from the task force, but it’s got a new kind of importance because of the events of the year.”

As issues escalated within the community and beyond during summer months, the Black Student Union (BSU) called Seattle U to take further action, and Martin evolved the 2016 Task Force on Diversity and Inclusive Excellence into what became LIFT this fall. However, Adilia Watson, a fourth-year Environmental Studies student and President of the BSU, believes there is still more to be done on campus.

“[Seattle U should release] information surrounding what to do if you interact with police. It shouldn’t be a sparse seminar or talk that some people should go to. The school should make everyone aware of that information,” Watson said.

Following a meeting with ten students, who brought up issues involving white supremacy and the curriculum in education systems, Sundborg also emphasized the importance of ongoing persistence and representation—both inside and outside of the classroom—through LIFT.

Although this would take many years to implement, Sundborg also mentioned faculty and students’ desires for having a required class—independent of one’s major—with goals to educate students on racism and discrimination. He believes that the integration of this course would be part of the Jesuit education and overall mission of the university.

The BSU President also commented on the need to better educate students on racism at Seattle U. Watson discussed how Seattle U’s LIFT program lacks goals for the university to uphold diversity in the student body and educate all students on racial and ethnic studies.

Emphasizing the importance of antiracism and education on campus, Watson also stressed the need for stricter policies.

“I think they should make the zero-tolerance policy for racism abundantly clear and possibly publish reported hate crimes,” Watson said.

In regards to the Seattle U community, many students are accepting of LIFT in fostering a more antiracist campus.

“I am glad to see that there is at least some effort coming from administration to improve the lives of students. Personally, the only racism I have experienced came from a point of ignorance on behalf of another student,” Robinson said. “Because I recognize my privilege, I want to use it to benefit others. Often, the university lacks awareness towards issues surrounding black justice unless a group of students presents it to them.”

By incorporating LIFT SU into life on campus, students should have access to more resources available regarding racism and discrimination. Over the course of the year, the program will work to develop a student council, who will work firsthand with the LIFT administration on furthering Seattle U as an antiracist community.

Over time, Seattle U hopes to have resources specific to BIPOC students who may be struggling financially or in other ways. The university also hopes to have more representation for all students by increasing the diversity of faculty and students, so everyone on campus will have a more successful experience.

“LIFT SU has the potential to create a more inclusive and welcoming environment that will attract even more BIPOC students,” Shane Martin said. “Seattle U must invest in these communities, because it is a core part of our mission and direction for the future.”

Faculty and administration on campus know the students and community will support the program as they work on creating a more inclusive, positive student experience for BIPOC and LGBTQ+ students, as well as other historically marginalized communities.