“Save Our Stages Fest” Aids Independent Venues Amidst Pandemic 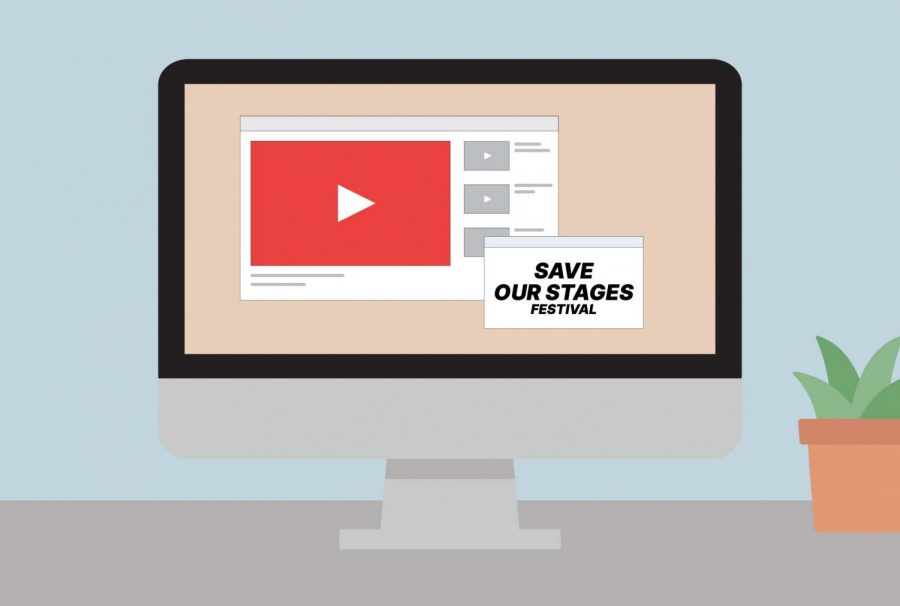 According to a survey of independent concert venue owners in America, 90% of independent music venues may close forever if they do not receive some form of financial aid. Luckily, the National Independent Venue Association (NIVA) took action last weekend by assembling the “Save Our Stages” Festival.

The festival was live streamed on YouTube in partnership with Bud Light from Oct. 16-18, and featured 35 artists performing at 25 of the most iconic rooms in the country—including local venue Neumos. With top tier headliners such as Miley Cyrus, Phoebe Bridgers and The Roots, the organization was able to raise $1.8 million in just three days. Donations were made via YouTube Giving’s Donate button, #SOSFEST merch and the Save Our Stages website.

NIVA is the most important non-profit group involved in supporting independent venues throughout the pandemic. The organization consists of roughly 2,800 members, most of which are venue owners or individuals who work in the live music scene. Since its foundation in April 2020, the organization has been diligent in using all of its resources to save live music, including the proposal of a congressional bill – the Save our Stages act. NIVA’s concern for the well-being of live music stems from personal experience, as the majority of its members are venue owners.

NIVA’s Communications head, Jordan Grobe, cares deeply for the cause because his livelihood is reliant on the scene.

“When COVID-19 forced all the venues to close back in March, all of these small businesses that had formerly been competitive or detached from one another realized that there would be no way through this pandemic on their own,” Grobe said. “This problem was going to be at such a massive scale and timeline that it would require us to band together to support one another and to lobby the government for a form of bailout. When you look at industry estimates, Pulsar estimates that 10 billion dollars in ticket sales is wiped off for 2020. That’s only through Dec. 31.”

“It was incredible for a multitude of reasons,” Johnson said. “To be a part of this group, to be a part of this festival- probably one of the biggest live streamed festivals that’s happened during this pandemic…It felt odd, but good to be a part of a group putting something together again, because that’s the livelihood for so many people, especially behind the scenes of these venues. Production people, video crew people, sound techs, that’s where they feel most alive and fulfilled in their job…It felt normal for a little bit.”

The festival featured memorable performances from some of the world’s most renowned artists. Miley Cyrus shocked the public with covers of The Cranberries and The Cure live from Los Angeles venue Whiskey a Go Go, while Phoebe Bridgers gave a beautiful performance at the Troubadour, another Los Angeles venue. Bridgers performed songs from her new album, Punisher, as well as a duet with her Better Oblivion Community Center bandmate Connor Oberst and a cover with Christian Lee Hutson.

“I liked the performance because she brought in other artists to sing either their songs or collaborate on her’s,” Reddam said. “It felt like I was watching a real concert, which was different from the livestreams she’s been filming from home.”

“The covers that Miley Cyrus did were out of this world. No one was expecting any of those. I was just really blown away by all of them. I’ve seen probably half of [the artists] live before the pandemic, and it felt so good to see people performing again and to connect in that way, even if it was just through a camera,” Grobe said.

Grobe also attested to the effort that went into the event and the history and importance of the venues.

“To be able to pull 35 of the country and the world’s largest artists together during a pandemic to perform from these stages was a wild experience,” Grobe said. “ It is a testament to how important these stages are…I think that the main goal was to show everyone that, ‘Hey we’re still here—you’re not able to walk through our doors right now, but we want you to be able to once this is over.’”

While the festival raised more than $1 million, these donations are only a temporary fix. According to Grobe, independent venues won’t be saved until congressional action happens or live music returns.

“It’s got nothing on a live show, it can help fill an emotional gap in the meantime, but financially, it won’t do it,” Grobe said. “We’re hoping this can serve as a stop gap between now and whenever we’re able to open, but there’s no replacement for that experience of being in a crowd surrounded by 100,  1,000, 10,000 people screaming along to the same song, same lyrics, feeling that bass in your chest- there is no replication for that.”

All of the weekend’s performances will remain on NIVA’s YouTube channel for streaming. Donations are still open on NIVA’s website, as well as a pre-written letter to Congress asking them to pass the Save Our Stages Act. Any action, big or small, can help preserve concert venues across the country.

“James Murphy from LCD Soundsystem has a great quote on the importance of the whole music ecosystem,” Grobe said. “He likens it to the Great Barrier Reef, saying that it’s one of those things that is so completely integral to everything that we do, and if it goes away there is no bringing it back.”