A Glimmer of Hope for Collegiate Athletics 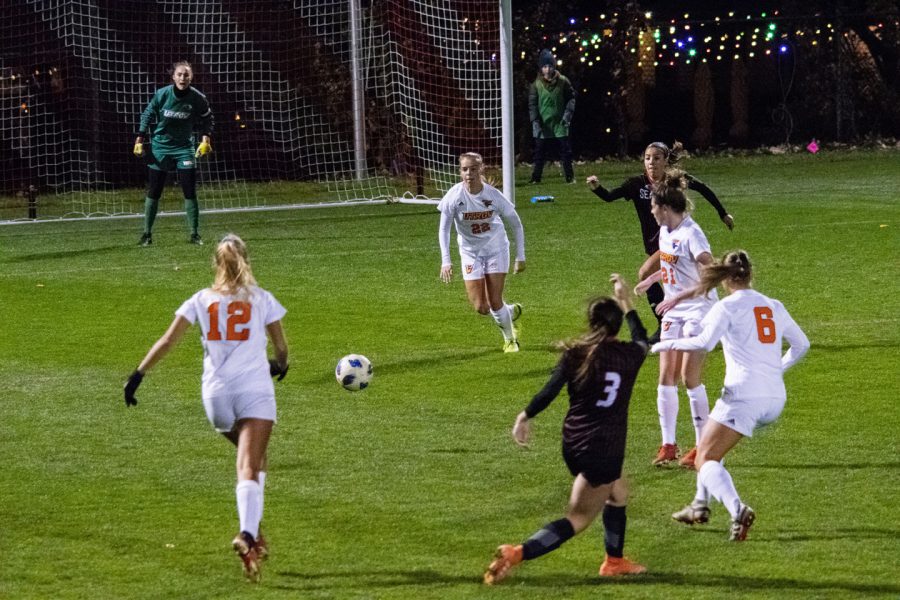 The COVID-19 pandemic has drastically altered collegiate sports across America by forcing the cancelation of spring seasons. There remains uncertainty if fall sports will proceed as planned, but there have been some recent updates signaling that student-athletes in fall sports like football and soccer may be able to partake in their upcoming seasons.

Many U.S. colleges, including Seattle University, have taken the first step towards reopening by announcing detailed plans for students to safely return to in-person learning in the fall.

Additionally, many Division I athletic conferences like the PAC-12 have recently agreed to allow student-athletes to begin voluntary in-person workouts beginning June 1. This is especially important for football, given that teams normally require practices before the season starts. Yet, the NCAA has not yet made an official decision about the status of fall sports.

Moreover, the University of Michigan President Dr. Mark Schlissel recently voiced a common fear of universities, saying, “If there is no on-campus instruction, then there won’t be intercollegiate athletics, at least for Michigan.”

Seattle U is preparing for fall seasons while remaining thoughtful about how they will approach the return of sports, cognizant of Washington State Department of Health guidelines.

Athletic Director Shaney Fink is currently working with the university broadly to develop a plan so that Seattle U student-athletes and coaches can return to campus for practice and ultimately compete in the fall. A big part of the developing plan revolves around mitigating the risk of student-athletes returning to campus by making sure that they, along with associated staff, are well cared for.

Fink emphasized that Seattle U will have to be flexible in how they attempt to bring back sports. “Nobody knows for sure, but we are charting the path towards having all fall and winter sports in action,” Fink said. “A lot of football schools are reporting in June, so we will get a lot of information from that experience. We can see how that goes when students and athletes come back and then adjust and go in a different direction if needed.”

As announced by President Sundborg, Seattle U is revising the start of fall quarter to begin two weeks earlier than originally scheduled. This decision will positively impact student-athletes, according to Fink.

“The move to an earlier schedule helps us as student-athletes, especially those on the women’s soccer team who are always here practicing on campus before school starts. It will be nice to have everyone here together, as now we could have fans at early games as well,” Fink said.

Fink did point out, however, that having fans at games may need to be limited or prohibited completely and that they will have to deal with this accordingly.

In addition, Seattle U will soon have to make decisions about winter sports like basketball. The first few home games of the season, if it does not change, will occur when students are no longer on campus due to the coming fall quarter’s earlier end date.

“Yes, it will be disappointing if students won’t be there for basketball season, yet basketball players are used to being at campus alone during winter break,” Fink said. “Overall, it is a better experience for student-athletes if other students are around on campus to watch their games.”

Amid continued uncertainty, student-athletes remain hopeful that they will have the opportunity to participate in their respective sports this fall. These next few weeks, with some Division I athletes voluntarily returning to training in the midst of the pandemic, will likely be a good indicator in whether seasons can resume in the fall—with or without spectators—or if another season will join the ever-growing number of COVID-related cancelations.